The vampires’ resurrection: After years of ridicule, the ‘Twilight’ saga confirms its place in society as a cult classic 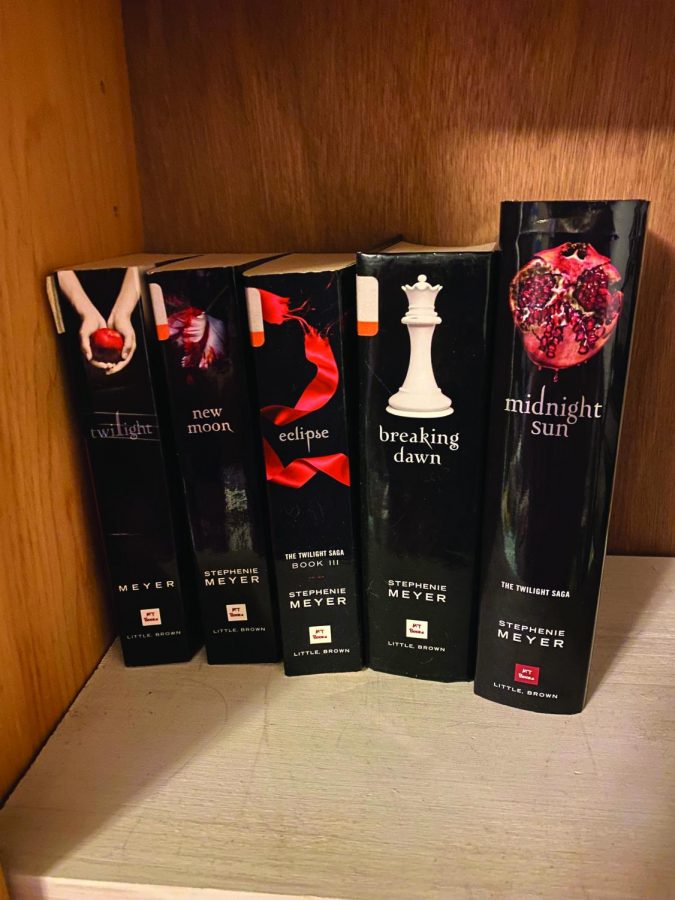 In October 2005, Stephanie Meyer released a book that would ignite a love of reading for an entire generation. Over 15 years later, “Twilight” is seeing a year of resurgence in popularity that it hasn’t seen since “Breaking Dawn: Part 2” came out in 2012.

The late 2000s through the early 2010s were the peak of the “Twilight” craze. All the films did well at the box office, with fans going so far as to camp out in front of theaters in advance of the premieres. Admirers would horde to wherever the beloved stars were, even if it was clear they wanted privacy.

There were viewers who openly hated the series for many reasons, including the “feminizing” of classic monsters like vampires and werewolves. This so-called feminization has to do with the two main audiences for “Twilight”: teenage girls and middle-aged mothers. Others had issues with the plot of the saga, which heavily revolved around Bella Swan’s choice between Edward Cullen and Jacob Black, the two love interests.

Some reasons for disliking the series are valid, including the treatment of the indigenous Quileute tribe. The Quileute people are a real indigenous tribe on the Pacific coast. However, a fictionalized version of the tribe that can shapeshift into werewolves takes its place in the story. According to the tribe itself, Quileute people received no compensation for the use and perversion of their stories in the “Twilight” saga.

Despite the flaws in the series, “Twilight” has had a revival for multiple reasons. Fans initially began revisiting the four-book, five-film series at the beginning of the COVID-19 pandemic. Then, a new book, “Midnight Sun” came out in August 2020. “Midnight Sun” follows the same events of “Twilight” but from Cullen’s perspective. It provides new insight to many of the characters as Cullen has the ability to read (most) characters’ minds.

The latest reason for “Twilight”’s resurgence is simple: the series was put on Netflix. Prior to July 16, the saga was available on Showtime, which has less than 40 million subscribers compared to Netflix’s 209 million.

Social media, primarily TikTok and Twitter, has become a channel house for all things “Twilight.”  Several TikTok users have dedicated their social media presence to the series, but Lionsgate, the production company that owns Summit Media, has also joined in on the “Twilight” Renaissance.

Norm of the North (2016) pic.twitter.com/YbxNsxNvz1

ok but in all seriousness: vampires or werewolves? 👀 pic.twitter.com/zjATxx1mo1

Every kind of social media post can be seen in regard to “Twilight.” Fans cosplay as popular characters. People make jokes about awkward scenes or controversial plot points. People travel to Forks, Washington, the town where the series is based, to visit the original Swan house and other locations from the first “Twilight” film and to attend the Forever in Twilight Forks Festival. Even one of the creators of the “Twilight” Lexicon, a website dedicated to summarizing, explaining and understanding the series, has made a TikTok for talking about “Twilight.”

While Twilight is having its resurgence, new and returning fans are using a more critical eye when they consume the films and books. The parallels between the story and Meyer’s Mormon beliefs are pointed out and criticized. Plot holes are now being addressed by fans since the movies are streaming on Netflix.

This sudden surge in popularity for the beloved series shows how the original fan base has grown in the nine years since “Breaking Dawn: Part 2.” Rather than rabidly obsessing over Robert Pattinson, Kristen Stewart and Taylor Lautner, “Twihards” are looking deeply at the media they enjoy.

Bringing critical thinking into the “Twilight” discourse shows a true love of the characters. Fans are looking at stories written by a flawed human, acknowledging those flaws and having conversations about how they affect the work itself, which allows them to assess their own relationship with the saga. As those who first found the series when it was coming out and new members of the fandom unite out of love for five books and five movies, they cement the “Twilight” universe into its place as a fan favorite for years to come.