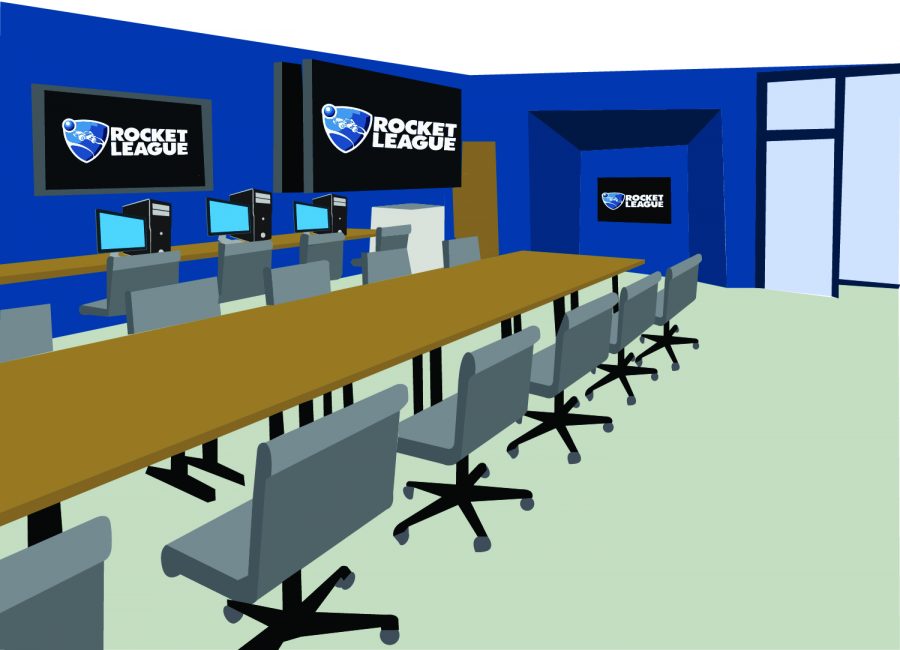 Quinnipiac University is turning a room in the Rocky Top Student Center at the York Hill campus into an esports suite. The space will open in October.

According to permits issued by the Town of Hamden, the renovation costs at least $360,000. The room, located next to the fitness center, will feature 24 Alienware computers and several gaming consoles including Nintendo Switches, PlayStations and Xboxes.

Director of Campus Life for Recreation Michael Medina said that while the suite will be reserved for club esports during practices and games, it will be a place for any student to come and enjoy the games and devices there.

“We will have all the equipment in the room,” Medina said. “There’ll be somebody who will be there to help check out (equipment) but students are free to bring their own controllers, bring their own keyboards if they’re in the gaming community and they have a specific system that they like to play on.”

Before the construction of the suite, Club Esports President Theo Offerman said almost all players competed in their own dorm rooms or homes, excluding Super Smash Bros. players who gathered in the School of Communications for on-ground events.

“We absolutely ran into a bunch of issues last season,” Offerman said. “A lot of it rides on internet stability, which can be very unpredictable, and can even change depending on who we’re playing against. … The esports suite is definitely going to make a lot of things easier, as team members will be able to directly communicate with one another in the same room.”

Offerman said the new practice space will be a great addition to the esports community on the Quinnipiac campus.

“I feel like it’s important to college life because esports has gained a dramatic growth in popularity over the past few years,” Offerman said. “There’s never been a better time to capitalize on that than now.”

Quinnipiac recognized esports as an official club sport in the fall 2020 semester. Offerman thanked all the help from the administration for its support from day one and hopes to see the club expand even more in the future.

“It’s been an amazing journey to be a part of,” Offerman said. “I couldn’t be more happy than I am now to see that esports has come so far and that there’s still so many places that we’ve yet to go.”