Gambardella: ‘Hamden is dependent upon Quinnipiac’ when it comes to local economy 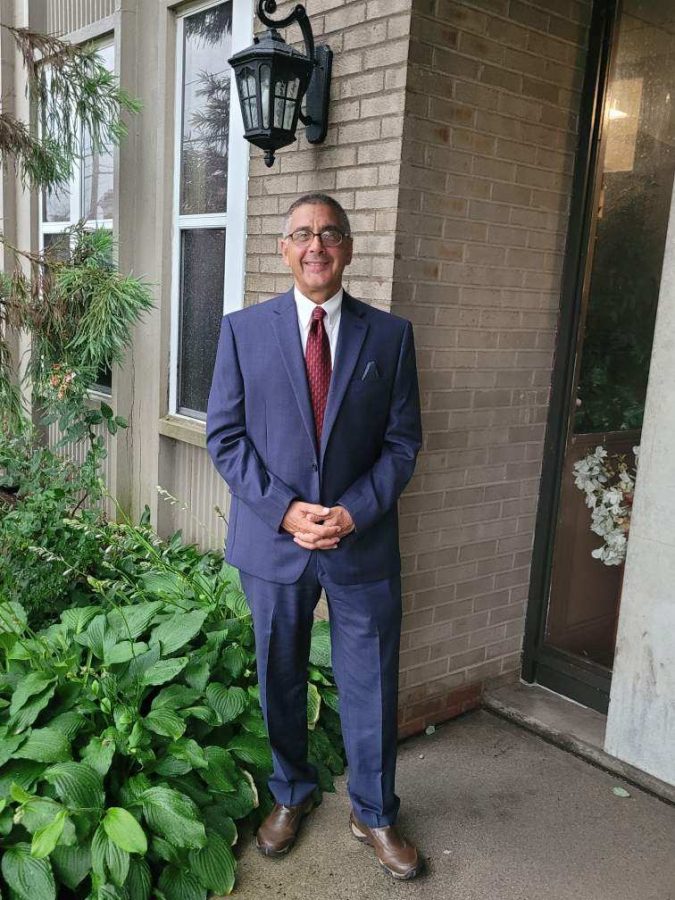 As an expert in finances and economics, Hamden Republican mayoral candidate Ron Gambardella sees Quinnipiac University as a great asset to the town when it comes to its economic stimulation.

The Chronicle interviewed Gambardella on July 27, about his race and his plans for Hamden-Quinnipiac relations if he wins the mayoral office. His responses below were condensed and edited for clarity and grammatical purposes.


As a Hamden resident, how would you describe the relationship between the town and Quinnipiac?
I think they’re good, but they could be better. I mean, Hamden is dependent upon Quinnipiac in terms of economic stimulation in the local markets. I certainly want to encourage that. I believe Hamden wants and needs Quinnipiac, and I think Quinnipiac also wants a stronger, better relationship with Hamden.

I will make myself available to both the student council and any official at Quinnipiac if they have specific issues they would like to discuss with me I’d be happy to participate in that. For right now, what we’re looking for is to build up strong bonds. I know, there were issues in the past with Quinnipiac students in neighborhoods causing disturbances that sort of thing. But I think that’s on the decline, because the system that the university houses students within the campus so that that’s certainly a healthy issue and is built up to help strengthen our relationship.
How do you look at Quinnipiac’s expansion, how do you think it would affect the town?
I love the idea of expansion. I think that’s going to bring more economic development to the town and also help local businesses. So I encourage that. In fact, I’d like to build up a sort of a college community that’s very similar to how Yale University is interacting with New Haven. I don’t see why we can’t do something similar.
How do you plan to transform Hamden into a college town?
I’m all about trying to entice businesses to relocate to Hamden, to make their services available to Quinnipiac. Not just Quinnipiac, it’s going to benefit the whole town.

Economic development has been lacking in Hamden, and as you can see there are store closures. Why would you build a 40,000-foot facility in Hamden if the crime is out of control? No company is going to do that, you have to get the crime under control, first, then you entice businesses.

I got a lot of feedback from people who live in the northern section of Hamden and they want a walkable community. They want something very similar to the New York layout where small businesses pop up and people can show around in their neighborhoods and visit these various facilities. I think it’s a good idea. I think it adds character to the town. We have a great linear park, which attracts people to Hamden. We could capitalize on these assets and further develop them.


Going back to Quinnipiac expansion, how do you think its expansion would affect the town’s finances as the university is a nontaxable entity?
Well, there is something called a PILOT (payment in lieu of local property taxes) program. When Quinnipiac does expand, we do get compensation from the state of Connecticut as a result of the calling off of the tax rolls, where we’re losing revenue. The state does in fact make up for that.
Are you planning to campaign on campus?
I’d love to. I’d like to do something in a formal environment. Just simply walking around campus is probably not going to accomplish much, but if The Chronicle is willing to host a debate, I’d love to participate in that but if the opposition doesn’t want to debate, I’d still love to just talk to the students and feel their questions.

I know that the students tend to side with the opposition in this case, but I hope that they would be open-minded enough to realize that there is an alternative and one that has some very good ideas for the town and for Quinnipiac. Hopefully, they would consider me as the mayor.