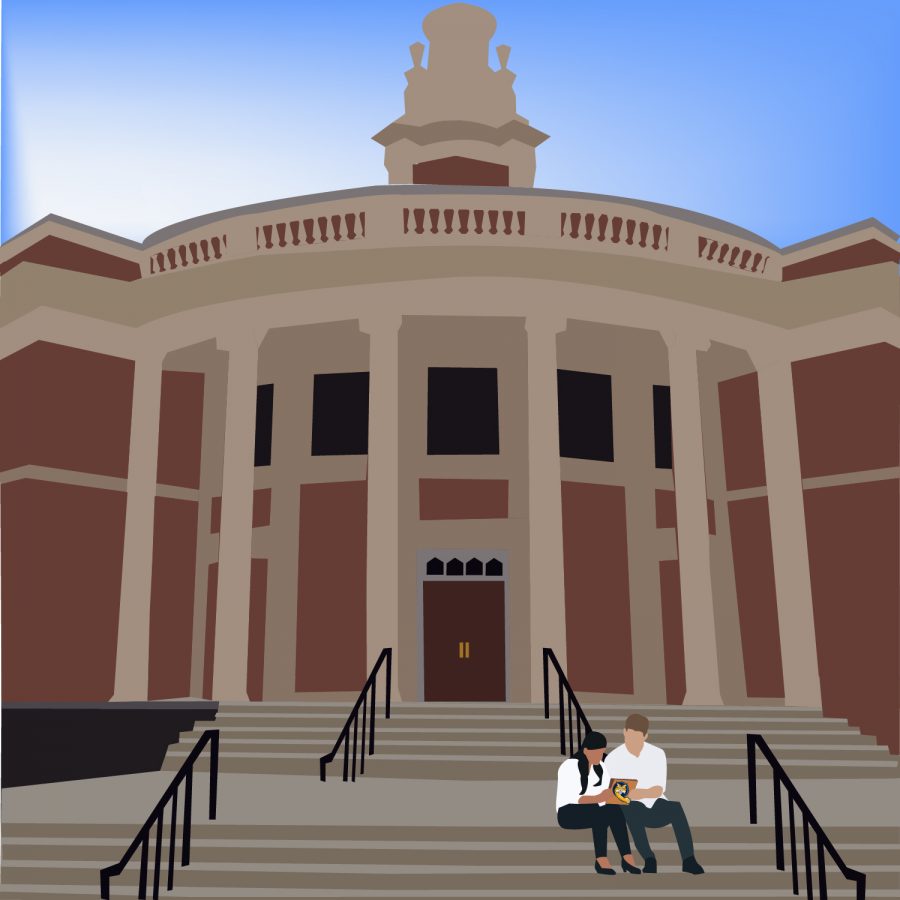 Haktan Ceylan, a senior political science and philosophy double major, is working at Hamden Mayor Curt Leng’s office. With aspirations of holding public office, he said the work from the fellowship has helped prepare him for the fast-paced environment and dedication needed for public office.

“Having experiences like these, I believe, is what’s going to really shape and mold my tenure,” Ceylan said. “Whatever I end up fulfilling or becoming, whether that be back home or maybe even here locally in Hamden.”

Ceylan’s day-to-day duties include talking to department heads and filing reports about concerns from residents on different topics such as potholes, COVID-19 and broken sidewalks.

“There’s a system called SeeClickFix, which you can report these things and we at the Office of the Mayor, Planning and Zoning and the Town Clerk and so on and so forth can access the system to respond to constituent responses,” Ceylan said.

One of the proudest moments for Ceylan during the fellowship was when he was able to write a town’s proclamation for the first time.

“I just wrote one on ‘Wear Orange Gun Violence‘ day, which is something that I’ve been very passionate about,” Ceylan said.

This was a big deal for him as he has been an advocate for gun violence prevention since high school. “Wear Orange” is the first Friday of June.

“I am a huge fan of community efforts, and I loved the garden from the moment that I saw it in person,” Ceylan said.

Ceylan is among seven fellows from Quinnipiac who are working in local government. Jeremy Gustafson, a senior political science and economics double major also works at North Haven Public Works. He is also the Student Government Association (SGA) vice president of inclusion, diversity and engagement. After his senior year, he will be attending law school to focus on different aspects of the law.

From listening to concerned residents to working on projects that educate the public, Gustafson said his jobs are different every week.

“It really varies, like the first week for environmental education processes and to help educate the public about the importance of storm drains and how we can’t really pollute them or how we shouldn’t pollute them,” Gustafson said.

Gustafson is passionate about working in the rain garden at Green Acres elementary school. There he is able to help teach young students the importance of protecting the environment and sustainability. After taking an environmental economics course with professor Donn Johnson, Gustafson has become more interested in the environment, especially from an economic perspective.

Gustafson’s fellowship has also taught him about local government that many wouldn’t realize is done by North Haven public works and different environmental protection methods. He also understands how individual laws impact people on a daily basis.

“I think with any internship or fellowship or any new job that you go into, there’s always a learning curve, but I’m very thankful for the people I’m working with because they made the transition into this position, this fellowship very seamless and very straightforward,” Gustafson said.

Ja’Vielle Foy, a senior political science major, is spending her summer working with Hamden Youth Services. This fellowship has helped Foy discover her love for helping people form their futures.

The goal of the pilot youth ambassadors program is to help young people find ways to positively influence their peers and better themselves.

Foy’s responsibilities in the coming weeks will be reaching out to neighbors and local businesses to help solve the trash problem in the area. She also helps out with the summer youth employment program, which obtains funding to help 14-to-18-year-olds go through the formal interview process and be given jobs at businesses around Hamden.

“I think one of the biggest things I’ve learned is that you never know what someone’s going through,” Foy said.

One of Foy’s most memorable experiences involved her helping a woman who had difficulties paying her electricity bill and rent in her affordable senior housing building. Foy assisted the person in filling out an application for assistance. Foy has a greater appreciation for helping people.

“I think it’s made me realize that it’s not about the money,” Foy said. “It’s about how you feel at the end of the day, and how you make other people feel.”

Foy has reconsidered her original plan of being a political publicist to be able to hear the stories of others and make a change in their lives. Whether it is working for a political figure or firm she wants to be able to assist others.

“If it gives you goosebumps imagining yourself putting on that suit and going to work, or you feel like you could really make a difference in the role then you do it,” Ceylan said. “Don’t let anybody, including me, tell you otherwise (that) you couldn’t do it.”