The Quinnipiac Chronicle • May 28, 2021 • https://quchronicle.com/73251/news/students-may-lose-145-parking-spots-as-quinnipiac-plans-to-move-tennis-courts-to-north-lot/ 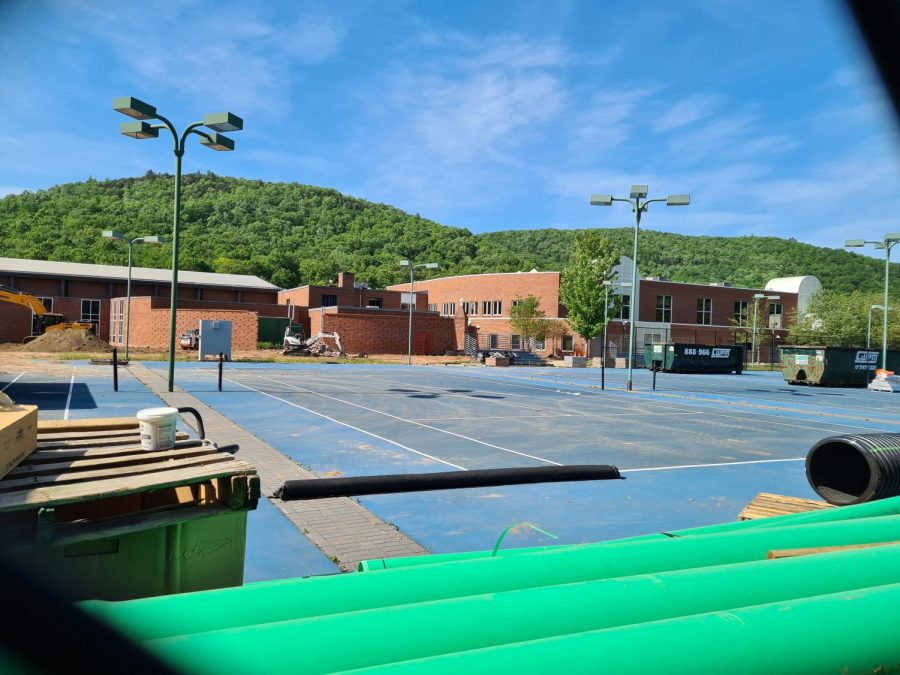 Quinnipiac University plans to relocate its tennis courts to east side of North Lot by the beginning of fall 2021 semester.

Quinnipiac University submitted an application to the Hamden Planning and Zoning Commission to relocate six tennis courts to North Lot as the new recreation and wellness center’s construction is underway — if approved, the relocation will eliminate 145 students parking spaces.

The commission initially scheduled a public hearing for the relocation permit on May 11, but the university asked the commission to reschedule it to June 22, due to some site plan modifications.

The university indicated in the application that it chose to relocate the courts to the east side of North Lot because of its proximity to the existing recreation center.

Vice President for Facilities and Capital Planning Sal Filardi said the budget for the relocation was already included in the $15 million allocated for the new recreation and wellness center. He said students can still park at the Hogan and Hilltop lots.

“There will be less parking in the North Lot, but we don’t really anticipate impact to anyone because we have more than enough parking across campus,” Filardi said.

The university currently has 2,702 parking spaces for students on the Mount Carmel Campus — including North, Hogan, Hilltop, Whitney, Westwoods and Whitney Village lots. For North Lot in particular, there are 811 spaces for students. There will be 145 fewer after the relocation project.

As Quinnipiac announced earlier this year about a $90 parking fee for commuter students, junior nursing major and commuter student Helen Tran said the university might use this to justify the fee.

“I remember saying last semester that I barely have issues in parking but now there’s renovations, the administration now sees the fee as a valid reason to charge commuters for secure parking,” Tran said.

The university has already postponed the imposition of the parking fee policy to the spring 2022 semester instead of the fall 2021 semester after it faced backlash from students in the forms of protests, petitions and opposing stances from student organizations.

As The Chronicle reported in March, the new recreation and wellness center will consist of outdoor spaces located at the existing tennis courts for different activities. The university was originally going to remove the courts on April 16, and rebuild them north of the rugby fields, east side of North Lot, before the fall 2021 semester.