The Quinnipiac Chronicle • May 26, 2021 • https://quchronicle.com/73235/opinion/a-loss-for-usa-basketball-in-the-tokyo-olympics-will-shock-the-world/ 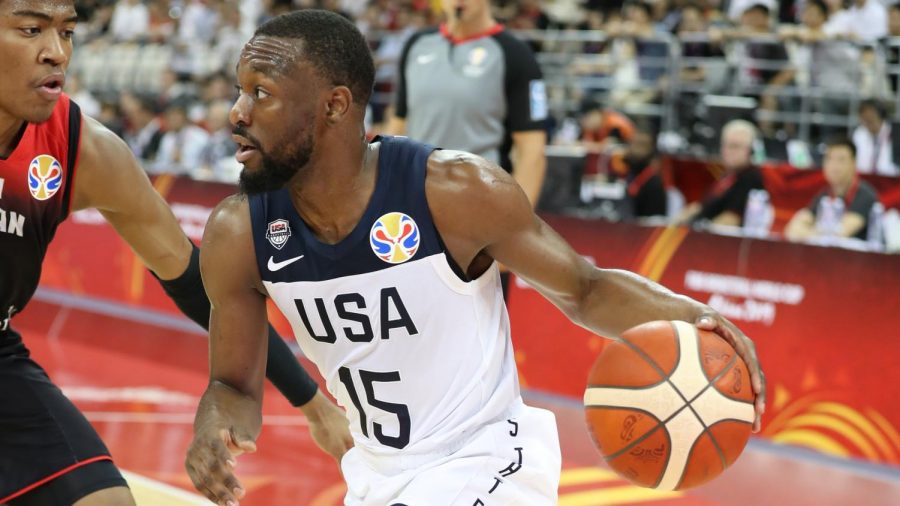 It’s been nearly three decades since NBA players were eligible to play in the Olympics. Since then, Team USA has won gold every time except in 2004, when Argentina shocked the world. It has been 17 years, and Team USA has not lost a game in the Olympics. Here’s why this year will be different.

The 2019 FIBA Basketball World Cup was a moment in history. Team USA, unsurprisingly, had the most NBA players in the tournament, led by star guard Kemba Walker with a nice supporting cast. How could the team not win it all?

Well, Team USA was not ready for the tournament at all.

It must’ve at least won a medal, right? Nope; Spain, Argentina and France won first, second and third respectively. Team USA finished seventh, behind teams like Australia, Serbia and the Czech Republic. It only finished there after beating Poland, a team without an NBA player.

The most recent World Cup was the worst basketball performance in Team USA history since NBA players were allowed. Most people are not concerned about the loss because stars like LeBron James, Anthony Davis and Stephen Curry did not play in 2019 and are finalists for roster spots in the 2021 Tokyo Olympics. How could this team not win gold?

In the past, the NBA season always had a long offseason that would be from June to October, and the Olympics would end in late August every four years. Thanks to the COVID-19 pandemic, the 2020-21 NBA offseason was only two and a half months long. The NBA also had a 72-game season from December 22 to May 16 which led to many injuries to star athletes. The NBA Finals could end as late as July 6, with the Summer Olympics beginning July 24. That’s less than three weeks. The offseason is when star NBA players use this time to rest. Who knows what this roster could end up looking like?

There are significant differences between Olympic basketball and the NBA.

The NBA playstyle and the Olympics playstyle are quite different, which gives international players an advantage to shine. International play benefits more of well-rounded teams that play within a system, which differs from the NBA’s more fast-paced, athletic style.

We have seen basketball become more global with international stars like Giannis Antetokounmpo and Nikola Jokic dominating the NBA, which makes the Olympic roster for other countries even better. In this year’s games, the biggest threats to the United States are Spain, Argentina, and Serbia. France and Australia are both talented teams, but I do not see them being a threat to win gold.

Team USA has to be mindful of specific talented teams.

Spain won gold in the 2019 FIBA World Cup and was led by MVP of the tournament Ricky Rubio. Spain also has plenty of depth with brothers Pau and Marc Gasol, but also has another brother duo with Juancho and Willy Hernangomez. This team is the biggest threat to Team USA by having amazing depth and leaders. Most importantly, they have success in world play. Rubio will be able to lead this group to success like in 2019.

However, Argentina is the reason why you should watch the Olympics. Let me introduce 41-year-old Luis Scola, he was a star in the World Cup, leading the team to win a silver medal and was on the all-tournament team. Argentina also had four of their players enter the NBA in the last year. If they can catch fire once again, Team USA does not stand a chance. Argentina has shown throughout the years how well they are in world play, this is the best squad they have had since winning gold in 2004. This is the team I am rooting for, and I hope they win gold.

Serbia was a massive disappointment in the World Cup after finishing fifth, however, this team is no easy opponent. Led by expected 2021 NBA MVP Nikola Jokic, winning gold is a real possibility. Serbia matches up with Team USA amazingly with star power and veteran presence. The duo of Jokic and Bogdan Bogdanovič will give them problems.

My prediction for the Tokyo Olympics is that Spain will win the gold medal, Argentina will be the runner up and Serbia will win bronze. Team USA won’t have enough stars to win a medal. If the stars do suit up for them, then the United States will be the runner-up. It is difficult for me to see Spain lose this tournament with an amazing roster.

People will be shocked this summer about the results, and this will most likely make the 2024 team USA roster full of stars — like what happened in 2008 when they had a stacked roster after not winning gold in 2004. The world keeps getting better at basketball, and everyone will see it in the Tokyo Olympics.