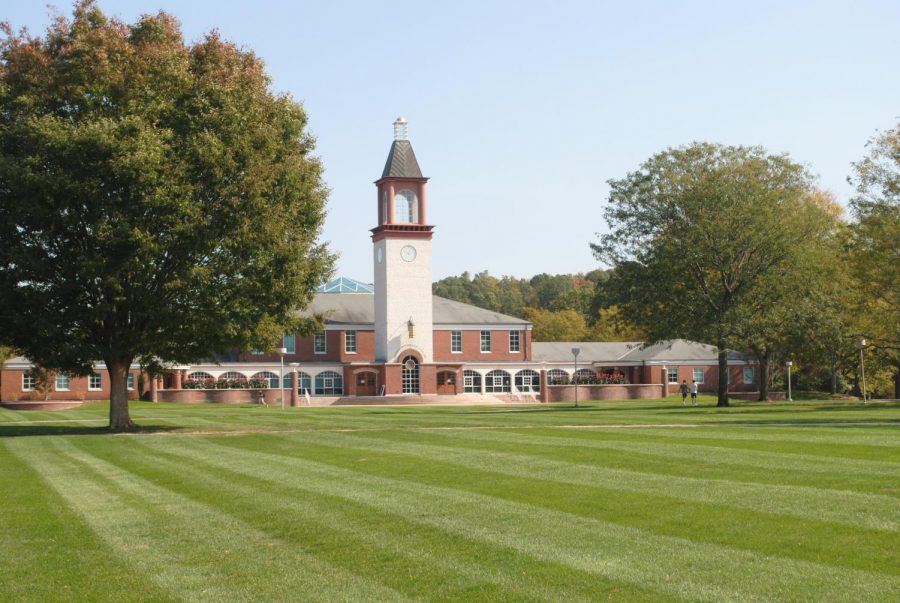 Of that revenue, $402 million stemmed from tuition payments to the university, while an additional $74 million came from housing and meal plan payments. Despite the influx of money, the university took a $4 million loss on what is called “auxiliary services” in the filing, which includes “the provision of dormitory and dining services for residential students” and upkeep for residence halls.

The university also compensated 14 independent contractors at least $100,000 in services in 2018.

The highest-paid contractor was architectural firm Centerbrook, which received over $956,000 for its services, followed by 91 Leffingwell Road, a real estate firm that was compensated with over $840,000. Web development company R2i Holdings and the landscaping company All Area Landscaping were each compensated over $526,000 and over $472,000 respectively.

Centerbrook has worked with the university for decades and helped design the Quad and Echlin Center, along with other projects on campus. Bill Connolly, Centerbrook’s director of finance, said the bulk of the compensation in 2018 was for the firm’s renovations to the Center for Communications and Engineering building, followed by work on several athletics stadiums and the canceled North residence hall.

From 2014 up to this filing, Quinnipiac has paid Centerbrook over $12.5 million in total for architectural services. Compensation to Centerbrook is expected to decrease after 2018, as Quinnipiac chose not to hire the firm for its latest master plan.

R2i Holdings was likely compensated for its work on the redesign of MyQ, which ultimately ended as a “failure.” R2i Holdings did not respond to The Chronicle’s request for comment.

All Area Landscaping was paid for their services in the aftermath of an EF1 tornado in May 2018. While the tornado did not cause major damage to facilities, around 450 trees were knocked down on the Mount Carmel Campus, primarily in the former “Pine Grove” along the CAS buildings.

Leffingwell Road was compensated for costs involved with off-campus student housing in Hamden according to a representative from the company.

Daryl Richard, Quinnipiac’s vice president for marketing and communications, declined to comment on the expenditures, and said that they were unable to comment on specific expenses in the 990 filing.

According to the filing, the university paid roughly $20 million a year on interest from outstanding loans. When compared to Hofstra University, which is similar in endowment size, tuition, acceptance rate and population, Quinnipiac paid 129% more in interest in 2018.

In Connecticut, Sacred Heart and Fairfield universities pay 44% less in interest compared to Quinnipiac. According to the Connecticut Health and Educational Facilities Authority (CHEFA), the university is paying off outstanding loans from as far back as 2008. Included in the debt are renovations, new construction and extensive updates in equal access facilities for female sports, a result of a Title IX legal battle, in which Quinnipiac was found at fault, then held liable to correct the inequalities.

Although it’s normal for universities to pay a large sum of interest, “some of this could’ve been avoided in the past,” said David Tomcyzk, associate professor of entrepreneurship & strategy at Quinnipiac.

The university paid $90,000 in fees regarding the legal commitments to equal opportunity in its sports. In 2017, Quinnipiac completed a $28 million arrangement for two facilities, which are now home to field hockey, soccer and lacrosse teams.

Recently, Quinnipiac began working on renovations to the recreation center and construction of a new health and wellness center. The cost of the university’s latest project is estimated to be $15 million, whether or not it’ll accumulate interest is yet to be seen.

As of June 202o, $45 million of the $55 million budget deficit at Quinnipiac was not related to the pandemic.

“You know what the pandemic has done, I think, is to accelerate all the trends that existed before,” said Lawrence Schall, president of the New England Commission of Higher Education (NECHE). “Trying to reduce what you spend is so difficult at colleges.”

The Boston Globe reported that financial pressure was put on many colleges as enrollment dropped in 2020. In New England alone, two dozen colleges and universities saw their enrollment plunge by 20%; Quinnipiac tried to make ends meet with hiring freezes, layoffs and other measures.

“In the long run, if you’re spending more on an annual basis than you bring in, you’re eventually going to be one of those schools that is either required to close, or spend their endowment — it’s not sustainable,” Schall said.

The university maintained its track record of dumping large amounts of money into the endowment, adding $40 million to the endowment by the end of the year, reaching $556,603,870 in total. Quinnipiac was recognized in 2018 for its abnormally high returns on investments, with returns on its endowment reaching 1.7% higher than the median for colleges in the nation.

Quinnipiac President Judy Olian said at a Student Government Association (SGA) meeting on March 10, that the current endowment is worth approximately $700 million, which was also confirmed by Richard in a separate statement. Olian cited “stock market returns” as the cause of the university’s increased endowment, despite the COVID-19 pandemic.

Olian also said that the university has been spending about 4-5% of the endowment for the past two years.

“We have an endowment now of about $700 million, thanks to the stock market returns over the last few months especially. We have a policy of spending it on the one time expenditures, which is primarily capital plans,” Olian said. “Our endowment will be spending close to $50 million over the next two years. Forty million dollars on capital improvements including the rec center, renovation of the Complex (residence hall), and the labs.”