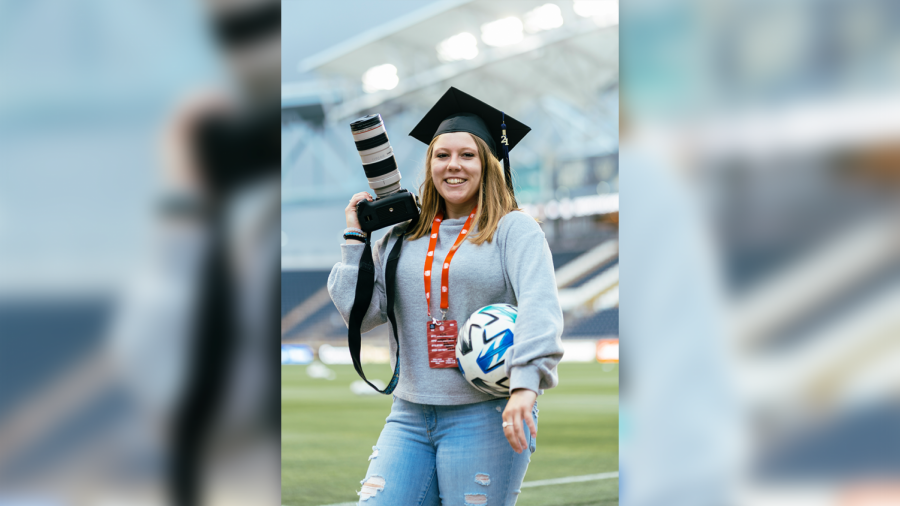 What is The Chronicle to me? That’s certainly a tough question.

I have been involved with The Chronicle since the first week of my freshman year. Coming in as a physical therapy student, I wanted to keep my creativity flowing through my love of photography. My orientation leader pointed me in the direction of The Chronicle.

I never thought a weekly newspaper would completely shape my college experience.

Week after week, I was snapping photos of events and sports, things I have never done before, and I fell in love with every second of it. I was able to make countless connections with writers and editors by working with them each week on something new.

After being promoted to associate photo editor for the second semester of my freshman year, I realized that maybe physical therapy wasn’t really what I wanted to do. A trip to New York City to represent The Chronicle at the College Media Awards was all it took for me to get the courage to follow my dreams of working in sports media.

I went from a physical therapy student to a communication student and never once looked back.

The Chronicle has taken up so much of my time these past four years. Shooting almost every sporting event on campus week in and week out blew up my camera, my laptop and my mind, but I would not give any of it up.

I was able to travel to places I never thought I would, just to cover sports. I went to Albany, Atlantic City and Syracuse for the MAAC and NCAA basketball tournaments, Boston and Lake Placid for hockey and I even sat on the floor of my beloved Wells Fargo Center in Philadelphia to capture Quinnipiac men’s basketball take on Villanova.

I am not going to lie, I have certainly been overwhelmed by all the time and effort I put in to make sure photos were taken for features and recaps. But the constant positive feedback from members and professors was enough for me to keep coming back to my position as the photography editor semester after semester.

Even from London, where I studied abroad my junior year, my photos graced the pages of the newspaper week after week, just because I always had content on file.

They say to never forget your college experience, so I guess for me, my memories will be flooded with Tuesday deadlines, road trips to tournaments and hours of photo editing.

I am forever grateful to this organization for allowing me to capture moments of my college experience for the paper every week. I have grown so much during my time at Quinnipiac University, and a lot of that has to do with the newspaper.

Because of The Chronicle, I have lifelong friendships with the people I spent every Tuesday crammed in the media suite with or went on road trips with.

Because of The Chronicle, I have grown my knowledge to include a well-rounded understanding of everything involved in sports media.

Because of The Chronicle, I learned to follow my dreams and capture the good moments along the way.

So what is The Chronicle to me?

A newspaper. A life-changer. A family.