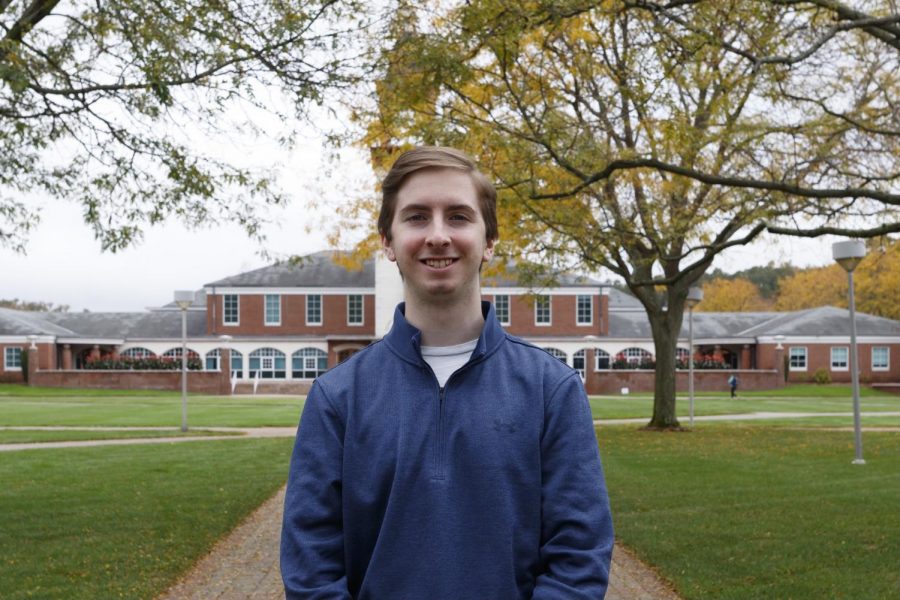 I knew this day would come, but I didn’t want to think about it. I wanted to pretend that I’d never have to write this piece, reminiscing on my years with The Chronicle.

But here I am, signing off as editor-in-chief.

I joined The Chronicle in the fall semester of my freshman year, knowing I wanted to be a sports writer. I had been writing since I was 16 and knew it would be what I wanted to pursue in college.

But it was just the sports section at that point. Don’t get me wrong, Jared Penna, my best friend and co-sports editor, and I always published strong articles each week and were proud of what the section became.

However, I often would sit in the “sports corner” of the media suite to edit and layout articles on deadline day. Besides talking to Jared and former Editor-in-Chief Bryan Murphy, I barely had any interaction with the rest of the editorial board. I just wanted to get my work done.

That was my problem, though. I was so tunnel-visioned on my work that I forgot to meet people, socialize and build relationships that ultimately would form a second family.

So, in the spring semester of my sophomore year, I did just that. I left the corner. I talked to people. I edited more than just sports, expanding my knowledge of how to write, report and edit a variety of different topics. I learned photography and design, too. I grew a lot.

And because of this, I had the confidence to go for editor-in-chief. I wanted the position. I not only wanted to grow as an editor, but also be put in a position that would help me grow as a person.

It did. I knew it would, but I didn’t expect it to benefit me this much.

Sure, my editing, writing, leadership and journalistic tools improved, but let’s forget that for now. I met some of the best people I’ve ever met in my life, and I’ll forever hold onto the friendships I made.

That’s what is more important. Don’t get me wrong, you should always work hard. But don’t get lost in the work, otherwise you’ll miss out on the crucial moments that will make your experience so memorable.

So as I sign off, remember to leave the corner. Go socialize with people and build the relationships that will make a club feel like a family.