Students learn about the history of the land they occupy 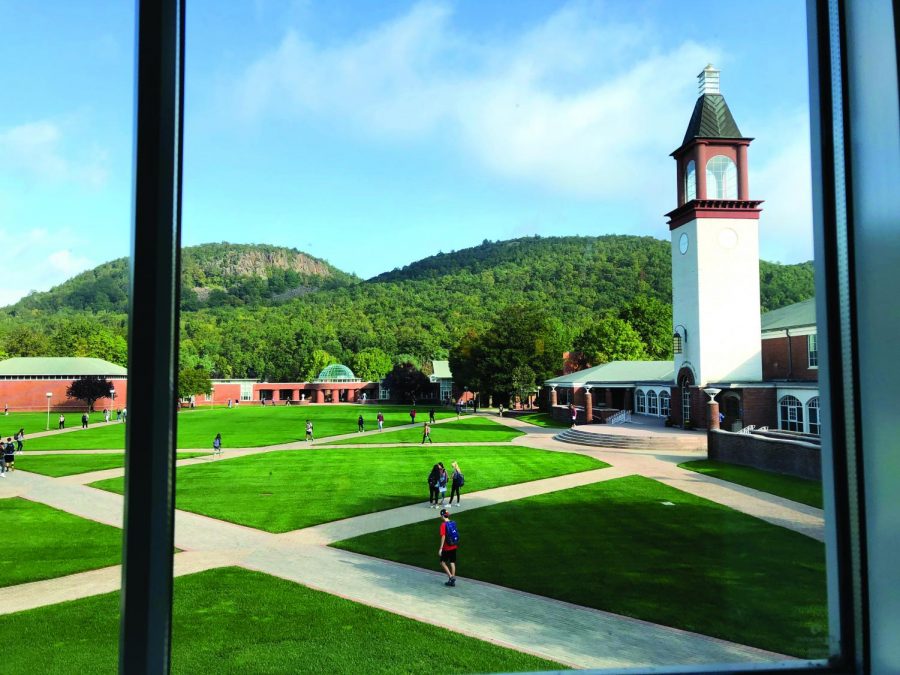 On April 12, Quinnipiac University’s Indigenous Student Union (ISU) and Chi Omega sorority held an event to teach students about the history of the Quinnipiac tribe, the university’s namesake.

In Quiripi, the language spoken by the tribe and several others in Connecticut, Quinnipiac means “long water land” for the nearby river that sustained them. When the Dutch, and later the English, made contact with the tribe, they deemed the land to be extremely desirable.

The English flocked to Connecticut to get access to Quinnipiac land. The Quinnipiac people made a treaty with the English that allowed them a 1,200-acre reservation, the first of its kind. However, the English slowly forced Quinnipiac to sell their land, with the last 30 acres being sold in 1773. A majority of the remaining Quinnipiac moved to Farmington, where they slowly merged with the Tunxis tribe.

Today, the Quinnipiac tribe is all-but gone. It is not a federally recognized tribe, and all of its descendants have assimilated into surrounding tribes. However, there are people who are working to ensure that the Quinnipiac are not forgotten, especially at Quinnipiac University.

“It’s really important to understand where the name Quinnipiac comes from and the history of the land that we’re on,” said Kiara Tantaquidgeon, president of the ISU and a junior health science studies major. “It’s important to look around and recognize and appreciate and acknowledge the rich history and culture of the people that were once here.

Tantaquidgeon decided to create the group after hearing about the Indigeneity Initiative, believing that Indigenous students should also be involved in these conversations.

“I thought that it’d be better to have a student-run organization because the faculty are kind of the spotlight of the Indigeneity Initiative,” Tantaquidgeon said. “So we decided to create our own organization as students to be able to advocate for our own initiatives and push through our own goals.”

Since the inception of the Indigeneity Initiative, Quinnipiac University has committed to getting a land acknowledgment stating that the land once belonged to the Quinnipiac tribe.

The group is also pushing for the creation of a minor in Indigenous studies and a reevaluation of the “Legend of the Bobcat,” a fictitious story that explains the origin of the school’s mascot which is read at all orientation sessions.

Sleeping Giant State Park was of particular importance to the Quinnipiac. The hills were believed to be the resting place of Hobbomock, an evil spirit who changed the course of the Connecticut River.

Quinnipiac University appropriated this story when it changed its mascot to the Bobcats in 2001. Prior to that, Quinnipiac University’s mascot was the Braves. It was among the first schools to change their mascots when Indigenous people began speaking out about how inappropriate the names were. However, the work to make things right with Connecticut’s Indigenous people is not done.

“Quinnipiac (University is) taking the (Quinnipiac’s) spiritual significance out of Sleeping Giant or altering the significance to match the “Legend of the Bobcat” that we have now does contribute to erasure,” Tantaquidgeon said. “It is erasing an original, critical piece of the Quinnipiac culture.”