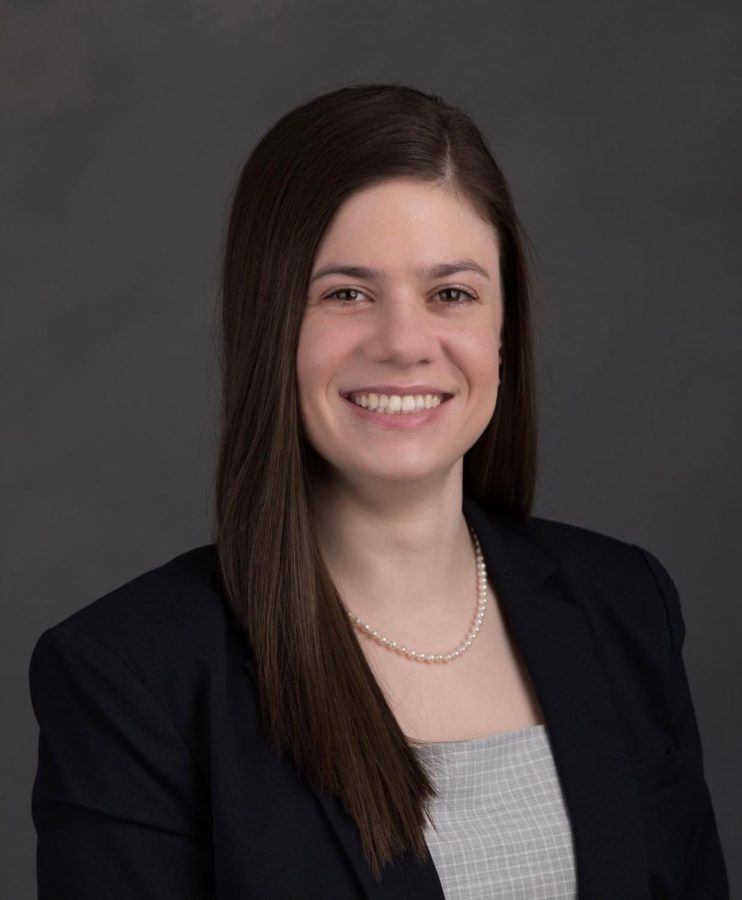 Nicole McAmis, a fourth-year medical student, received recognition for her work in the emergency department.

“It definitely was a shock and it was really nice to hear that somebody appreciated what I was doing and everything, it was really surprising to be honest when I opened the package in the mail,” McAmis said.

McAmis was unaware she was receiving this award, until after emailing her advisors to discover she was nominated by Dr. Listy Thomas. Thomas is the assistant dean for simulation and the associate professor of medical sciences at the School of Medicine.

“I’m going to Stanford (Health Care Hospital) for emergency medicine for my residency so it was nice that I’ll be carrying kind of everything that I learned at Quinnipiac with me,” McAmis said.

“Also, just my dedication to ER in general, I’m always trying to seek out more opportunities regarding how to learn more in ER, trying to present research at different places and everything for ER,” McAmis said.

McAmis wanted to be a doctor since she was little, but being a first generation college and medical student, she wanted to have the opportunity to do something her parents didn’t get the chance to. In high school, she started volunteering at hospitals which continued through college. She is also bilingual, speaking Spanish fluently.

McAmis’s professors notice how driven she is and her love for helping patients.

“Her personality, her sharp mind, her always landing on her feet and relating to all circumstances without the blink of an eye, a genuine interest in her patients from all walks of life, treating them with compassion and advocating for a more livable life for them,” Dr. Miklos Fogarasi said.

McAmis encourages students that want to start their work as a physician, to work towards it instead of focusing on the challenges that may occur.

“I would tell them don’t give up,” McAmis said. “It is very daunting when you look at the number of years or the amount of time and sacrifices it takes to do well in medical school, but it’s something that at the end of the day is very worthwhile and if you are meant to be a physician you’ll definitely get there.”

McAmis’s work does not stop in the classroom, she is always advocating for other issues needing to be addressed to the public.

McAmis spreads awareness for human trafficking by attending conferences and presenting her research. She wants to broaden who learns about these issues.

“So it’s something where you know the more people who hear about it, then the more people who are going to start asking questions and wonder why we’re not being trained in that sort of thing,” McAmis said. “I’m hoping that in residency I can kinda expand that to try to train my fellow residents in human trafficking awareness as well as other residents at Stanford and hopefully maybe faculty even.”

McAmis’s work with human trafficking was a motivating factor for her receiving the Excellence in Emergency Medicine Award.

“Her group’s approach in collecting opinions from over 6000 health care participants on the topic of Human Trafficking is an important piece of data going forward when assessing the needs for developing policies on educating about this topic,” Folgarasi said.

Firearm safety is important to McAmis because being an emergency physician, she sees first hand the effects of lack of education in that topic. There are people coming in with gunshot wounds from accidental circumstances, especially children or people that happen to be at the wrong place at the wrong time.

Thomas, Fogarasi and recently retired from faculty Carol Berret, helped McAmis achieve what she has today. Carol Berret was someone who worked with her clerkships, and was someone she could talk to if she was stressed or needed advice.

“Just any faculty that I met along the way during my four years, because ultimately you learn something from everybody and they kinda shape the way you are,” McAmis said.