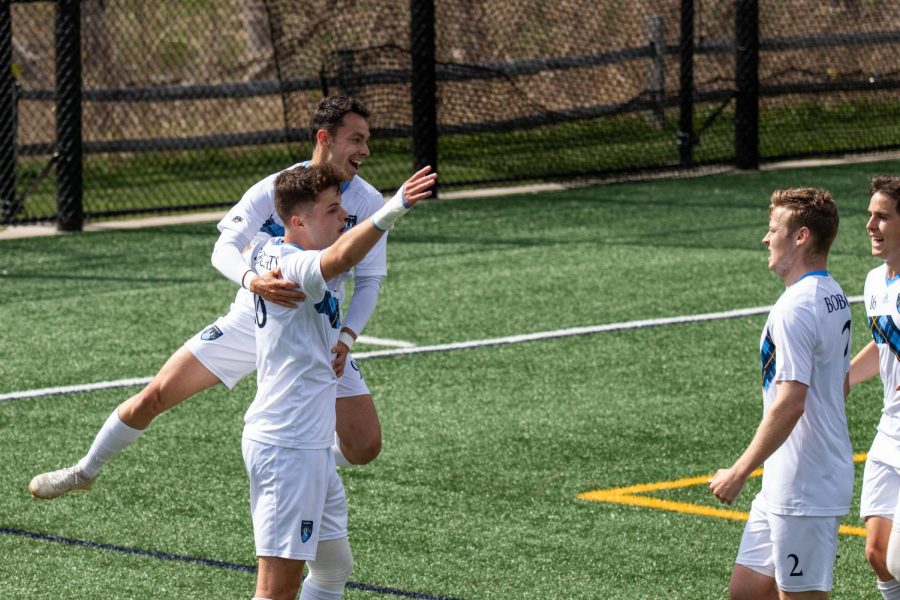 The Quinnipiac men's soccer team held on late to secure a 2-1 win over Fairfield in the MAAC semifinal.

The top-seeded Quinnipiac men’s soccer team has advanced to the MAAC championship game for the fourth time in eight seasons and the first time since 2018.

On Wednesday, the No. 1 Quinnipiac Bobcats held off No. 5 Fairfield Stags for a 2-1 victory in the MAAC semifinal game. With the win, the Bobcats improved to 8-1 on the season.

While the match featured numerous chances from both sides, defense reigned supreme.

Quinnipiac men’s soccer coach Eric Da Costa explained that “It wasn’t always an attractive game to watch, it was a semifinal, and a semifinal is all about getting the job done,” Da Costa said. “It’s not so much how you win the game, it’s just that you win the game.”

The match was full of tension through its duration Behind a beautiful strike from sophomore forward Tomas Svecula in the 15th minute, the Bobcats took an early 1-0 lead. Junior defender Jordon Bennett and sophomore forward David Bercedo were credited with assists for the Bobcats’ goal.

Despite not scoring a goal, Fairfield’s offensive pressure remained consistent throughout the first half, culminating in a header that rang off the crossbar in the 43rd minute. Quinnipiac held a 1-0 lead heading into the half.

Senior goalkeeper Jared Mazzola, who made his first appearance in goal since March 29, was solid throughout, taking away a plethora of Fairfield crosses while saving two shots. Mazzola was aggressive all game, coming off his line to catch multiple crosses.

Mazzola also drew a yellow card on Fairfield’s junior forward Jonathan Filipe after being hit in the face with Fillipe’s foot in the 72nd minute.

The second half wasn’t very different from the first. The teams went back and forth, creating chance after chance. In the 56th minute, Quinnipiac scored its second goal of the game off sophomore forward Brage Aasen’s foot, which came off of a beautiful through ball assist by senior midfielder Paulo Soares.

Aasen, who has scored five goals in his last four games, received high praise for his defender following the match.

“(Aasen) isn’t even playing to the standard that he’s capable of, and I think that’s the scary thing,” Da Costa said.

Just a minute later, the Stags answered back with a goal from freshman forward Thomas Drillen to cut the Bobcats’ lead back to one. After shutting out both Manhattan and Iona, this was the first goal that Quinnipiac had allowed in three games.

With Fairfield desperate to tie the game in the final minutes, the Quinnipiac defense held firm to advance to the conference title. Da Costa praised the Quinnipiac defense while acknowledging the “heavy pressure” that the Stags offense applied. The Stags overloaded both sides of the field to put balls in the box on multiple occasions.

The Bobcats will host No. 6 Monmouth in the MAAC Championship on Saturday, April 17.