All work, no pay: Don’t be proud about not getting paid for internships 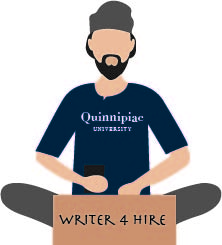 Unpaid internships are a scam.

As a college student, I am having every dollar squeezed out of me, from rising tuition costs to room and board. The last thing I can afford to do is to spend dozens of hours a week for a job that is paying only in experience. After all, time is money.

Unfortunately, unpaid internships are common for people who are looking to get into their dream field, especially for journalism majors like myself. This has been an ongoing trend for decades, perpetuated by employers that see an opportunity to get quality labor from hard-working, passionate young people while not paying them a cent.

While some people denounce this exploitative practice, many people still defend it because they have already done their time as an unpaid intern. They believe that everyone should struggle just like they did.

The idea of “hustle culture” that states that you need to put in countless hours of thankless, back-breaking work for little to no pay has infected the minds of so many people.

This has led to a lot of misplaced hatred among the working class. Whenever a McDonalds or Amazon worker fights for a $15 minimum wage, swarms of Twitter and Facebook users will comment that they get paid less money, work more hours and complain less than them, so they should just shut up and work harder if they want to make a liveable wage.

Labor unions have fought bloody battles, like the Haymarket riots, to get us the rights we have today. From the 40-hour work week to the minimum wage, hundreds of lives have been lost because American workers fought for equal and fair treatment. Promoting unpaid jobs undoes so much of that progress.

Unpaid internships are the embodiment of that hustle mentality.

But these opportunities to gain experience and connections are only available to people who can afford it. Rent and housing prices have been increasing, and meeting the basic needs of living is growing more expensive. Someone who is struggling with paying bills might not be able to work a part or full-time, unpaid job.

Luckily, places such as Quinnipiac University have tried to help those with an unpaid internship to actually get paid with the Internship Scholarship Program, but that is only awarded to one School of Communications student for $900. Students should not have to rely on the generosity of third parties paying for their hard work.

The student loan debt crisis has surpassed $1.7 trillion this year, and not everyone has parents that can pay for housing and food while their child can have the luxury of what unpaid internships have to offer.

College students have a lot more to worry about as their time on campus comes to an end. We’re expected to begin our careers right when we graduate, usually with several internship experiences already under our belt, and if we hesitate even just a little bit, then we’ll be drowning in bills and student loan debt.

Unpaid internships are a classist roadblock for so many people who can’t afford to spend a summer or a year working for a company that refuses to pay for their hard work.

i had unpaid internships in college and barely scraped by. i was lucky i could live with family for free or else it would have been impossible. when you expect people in training to work for no money, you rule out those who do not have the economic privilege to work for free.

I understand that some places might not be able to afford to pay for interns, especially as COVID-19 has forced many places to downsize. But just because you are strapped for cash, doesn’t mean that you can get away with scamming impressionable students out of their valuable time and effort.

To the people that wear this exploitation of their labor as a badge of honor, you can simultaneously work hard for something you are intensely passionate about while also getting paid. Struggling to make ends meet is not a requirement to make it in life.

Nobody should be proud that they had to endure unpaid internships. Instead, we should be in solidarity with those fighting for better wages and working conditions.