Wolff’s Wire: Three QU baseball players who improved their outlook this past weekend 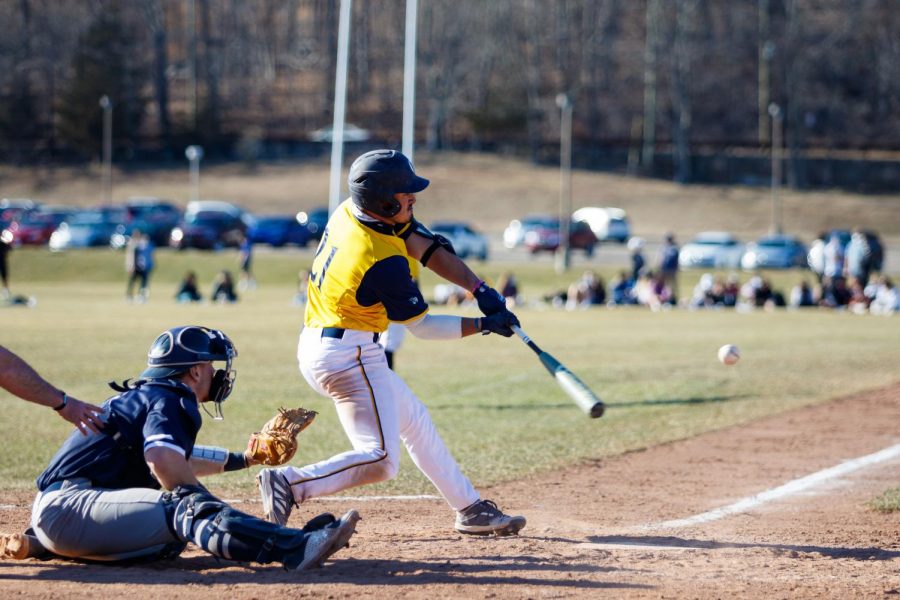 After losing a doubleheader to Fairfield on April 7 and splitting a series with Siena this past weekend, three Bobcats specifically stood out. Let’s look at these three Bobcats.

Graduate student outfielder Andre Marrero was one of many important offensive pieces the Bobcats had this weekend. During the Fairfield doubleheader, the Bobcats lost game one 6-3 and 17-6 in game two. However, Marrero’s bat didn’t go quiet.

Marrero went a combined 3 for 6 with a home run, one run batted in (RBI) and three runs scored. That type of production is hard to maintain over a stretch of six games, but in the Siena series, Marrero took it up another level.

The Massachusetts native went a combined 8 for 16 with six RBIs, three doubles and two home runs. In terms of the MAAC, Marrero ranks fourth in slugging percentage (.678), third in hits (21), second in RBIs (17) and third in home runs (5).

During his postgame press conference, Marrero explained how a change of mentality at the plate made a big difference.

“I decided to change my approach a bit,” Marrero said. “Just look for my pitch, look for location, not really worrying about what they throw at me. They throw me a lot of spinners, a lot of breaking stuff, just be ready for anything in the zone and that’s sort of what I did and it worked out well.”

As for Quinnipiac’s entire offense, it scored a combined nine runs in the Fairfield doubleheader. In the Siena series, the Bobcats scored 32 runs in four games, including a season-high 11 runs in the second game of the April 9 doubleheader.

In the first April 9 game, the Bobcats trailed the Saints 10-0 going into the final inning but scored six runs in the bottom of the seventh inning, ultimately losing 10-6. The same thing happened in game three. After trailing 8-0 in the first inning, the Bobcats still lost 8-6 after a six-run fifth inning.

Marrero emphasized how important it was to get the bats going early in the game two 11-1 victory.

“We can’t just wait until the end all the time and try to beat the team at the end,” Marrero said. “It’s just getting our mindset to score early, jump on them early and do the best we can with that.”

Marrero’s bat will certainly be crucial down the stretch, but another important facet of this team is its bullpen.

Graduate student left-handed pitcher Colin Donnelly shared that the team had a meeting prior to the Siena series to discuss the struggles of the 2021 season. Donnelly acknowledged that he hasn’t done as much as he should.

“I admitted that I do have the most experience in the bullpen, and I have failed the bullpen in terms of being a leader and I need to lead by example better,” Donnelly said. “Building off that (last appearance in Siena series) and just leading by example will hopefully go a long way in helping the younger guys.”

Donnelly lived up to his words, because during this series, he pitched 7.0 innings, allowed three hits, two walks, struck out four batters and only allowed one run. This is a quick turnaround from how Donnelly performed against Fairfield, but he credited how Siena’s lineup just plays to his style more.

“They weren’t swinging at a lot of pitches in, which helped me get a couple strikeouts (Saturday),” Donnelly said. “I was able to work my changeup or fastball away, also flipping my slider over and sneaking two-seams on the inside half. (Siena was) just crowding the plate or not swinging at them, which really played to my advantage.”

One player that had tremendous hype entering this season was senior catcher and outfielder Colton Bender. He was nominated for the Buster Posey Award, which goes to the NCAA’s overall best catcher.

Bender also got nominated for the Senior Class Award, which goes to a student-athlete that is deemed the “best senior” in its respective sport. The hype around Bender also occurred because in 2019, he had his best statistical season.

Bender led his team in batting average that season (.322), along with recording 66 hits and having 32 runs batted in. In the shortened 2020 season, the numbers dipped tremendously, just finishing with a .235 batting average and recording 12 hits, while driving in eight runs.

This season, Bender numbers have improved, as he currently holds a .317 batting average, recording 19 hits and 13 RBIs.

In the Fairfield doubleheader, Bender went 2-5 with a double and four runs batted in. In the Siena series, Bender went 6-14, with a home run, two doubles and three RBIs.

The lone home run came in a big moment, as Bender helped extend the Bobcats lead to 6-4 in the bottom of the sixth inning, just after three straight singles from senior utility player Ian Ostberg, graduate student third baseman and outfielder Evan Vulgamore and Marrero.

Bender admitted during his postgame press conference, sometimes he can let past at-bats affect his play. But, when it came to that situation, Bender knew he couldn’t let that happen.