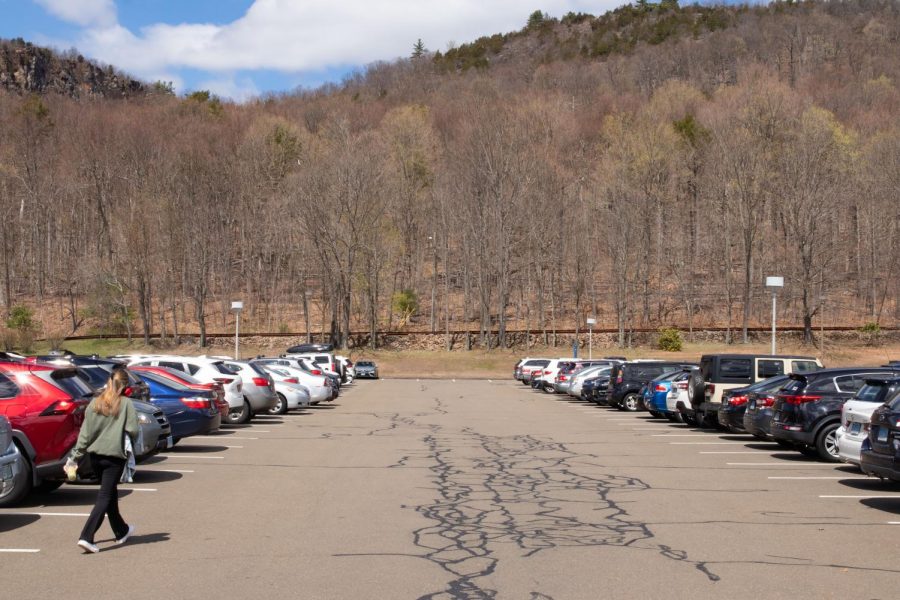 Commuter students at Quinnipiac University will have to pay a $90 parking fee in the spring 2022 semester instead of the fall 2021 semester.

After students protested, Quinnipiac University postponed the $90 parking fee policy to the spring 2022 semester rather than implementing it during the fall 2021 semester, the Student Government Association (SGA) said.

The SGA announced this through a post on its Instagram on April 1. The decision came following several student protests, petitions and student organization involvement in taking a stance against the university’s decision.

“This change was a result of multiple meetings but not the preferred outcome,” the SGA wrote in the post. “Parking fee revenue will be used to support both QU capital and academic projects benefiting both commuters and resident students.”

Comments under the post displayed dissatisfaction among the Quinnipiac community for still having the $90 commuter parking fee implemented in January 2022. However, some students are seeing this update through an optimistic lens.

“I think the recent parking resolution was a step in the right direction,” said Jeremy Gustafson, a junior political science and economics double major. “I am personally hopeful that administration and student leaders continue to have conversations surrounding ways to better engage and include commuter students in university-led events and plans.”

Despite seeing the positives of the new measure set in place, Gustafson emphasized that he wants the university to do more for commuter students, especially being one himself.

“We as students pay to come to this university and we spend a great deal of time on campus, therefore, it would only make sense to talk (to us) about new policies or events that are unpopular among the student body,” Gustafson said. “In addition, students deserve to be heard and have a voice at the table, and they should use all their resources to promote positive and long-lasting change.”

Sophia Marshall, president of the SGA and a senior entry level masters physician assistant major, said that she has been extremely vocal in her position within the organization during this matter. Marshall said SGA felt compelled to represent students once the decision was released and an  overwhelming amount of student feedback followed.

“I feel that I said absolutely everything that I could to the administrative body to advocate on the students’ behalf — it has always been my priority to communicate incredibly accurately when it comes to the students’ emotions and feelings, and I feel very strongly that the conversations that were had were incredibly candid, and realistic to the student perspective,” Marshall said.

Despite the continuous support from SGA’s executive board, Marshall said the pushing back of the fee served as a compromise and a way to grandfather students in. In addition, she said this was the result of multiple meetings and definitely not the chosen outcome of the organization and the students they constitute.

“My biggest concern was that the administration did not consult students beforehand when making the decision,” Marshall said. “After hearing massive student feedback condemning the parking fee, the executive board made the decision that a resolution needed to be released to combat the situation with parking. Over the course of two meetings, commuter student feedback and multiple drafts, we ultimately released the parking resolution.”

Marshall said she believes the decision the university made is permanent despite the stir it has caused in the community. She said it is best to focus advocacy on ensuring that the university uses the money to better the commuter experience and the overall experience at Quinnipiac.

“I believe that students need to push and continually give feedback to ensure that the 90 dollars per semester, once it is implemented, is going towards the student experience and making the commuter and residential experience better than it is currently,” Marshall said.

In correlation to using the fee toward enhancing the university’s community, students are persistent in wanting the university to follow through on their improvements to further support commuter students on campus.

“Commuters deserve a lounge that is more than the current area outside of Starbucks,” Gustafson said. “In addition, I believe there should be commuter-centric events, where commuters can get to know each other and hopefully make long-lasting friendships.”

Similar to Marshall, Gustafson believes that it is extremely important for students to engage in discourse with the administration when there is a change that is seen as being detrimental to the student body, especially for the benefits of commuting students.

“I think administrators need to hear students and actually meet the students that their decisions are personally affecting,” Gustafson said.

Students are encouraged to reach out to the SGA with any additional concerns or questions for further clarification or discussion.