‘You Me Everything: A novel’ is a cheesy title for a book full of depth and personal exploration 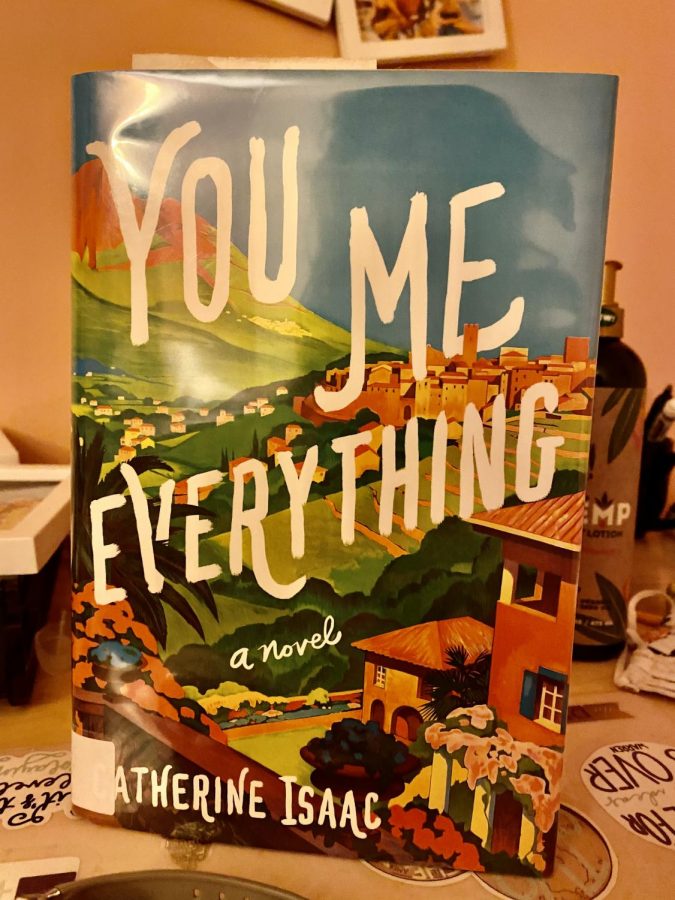 When I saw this book, I did what I always tell others not to do. I judged it based on its cover. 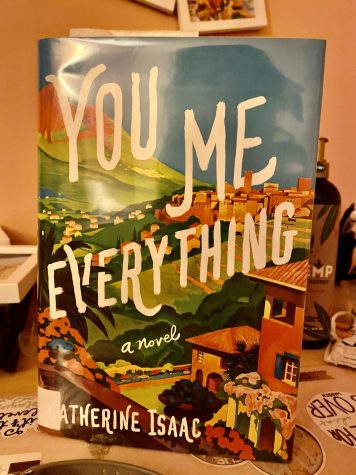 The cover had some nice nature-themed artwork, but the title, “You Me Everything,” sounded like a lame romance novel involving two people who fall madly in love for no apparent reason other than it’s fun to read about. I almost put it down, but I read the summary and realized it had a lot more complexity.

After tearing through it in two days, I can attest that it is an amazing book with a bad title. Catherine Isaac artfully tells the story of a single mom, Jess, and her 10-year-old son, William, as they begin to reconnect with William’s birth father, Adam.

When Jess had William at 22, Adam wasn’t there. He stumbled into the room after William was born, lipstick on his neck, his clothes rumpled. Jess, furious, began to distance herself from her boyfriend of three years. Eventually, she told him to leave, and she chose to raise William herself.

Meanwhile, Jess’ mom’s health is declining. Her mom’s moods are changing wildly, and her coordination is off. Eventually, she is diagnosed with the genetic disorder, Huntington’s disease, which is deadly and has no cure. By 53, she is dying with her heartbroken husband at her side. Her final wish is that Jess will let her son try to reconnect with his father.

In the last 10 years, Adam has built up a sprawling hotel and multi-cottage venue in France, so Jess and William go to visit. In his 30s, he’s dating someone 15 years younger than him — still as carefree and unaware of the feelings of others as he was when Jess sent him away. Nonetheless, William loves him. At 10, he is obsessed with his father’s athleticism and the authority he has at the hotel.

At first, Adam does not seem to understand how to be a father. One day, he tells William he will take him rafting and when he doesn’t show up, Jess finds him in a cottage on top of his girlfriend. Jess realizes that he may never change.

Over time, Adam begins to realize some of William’s positive qualities. He is intelligent, determined and infatuated with his father. Adam begins to consider that he became this amazing while Jess raised him.

Jess, meanwhile, is exploring a relationship with another guest at the cottage, Charlie, while grappling with the deteriorating condition of her mother. She considers heading home to check in on her mom, but her father reassures her that she should stay.

In addition to her mother’s failing health, it quickly becomes clear that Jess’s discomfort with being at the cottages is also related to her feelings toward Adam. As she explores a relationship with Charlie, Adam, who is becoming very close with William, is constantly on her mind.

The readers get a surprise when Jess reveals that she carries the gene for Huntington’s disease and may have passed it down to her son. As she falls in love with Adam again, she is hesitant to tell him the truth — that falling in love with her would be a ticking time bomb. Her life expectancy is only 10 to 30 years after she starts to show symptoms.

This book combines themes of sickness, love, motherhood, absent fathers and forgiveness all in one. Everything changes when Adam tells Jess the truth about where he was the night of William’s birth.

This may seem like a play-by-play of everything that happened in this book, but Isaac weaves in so many subplots and themes that you will need to read the book yourself to understand the full beauty of it.