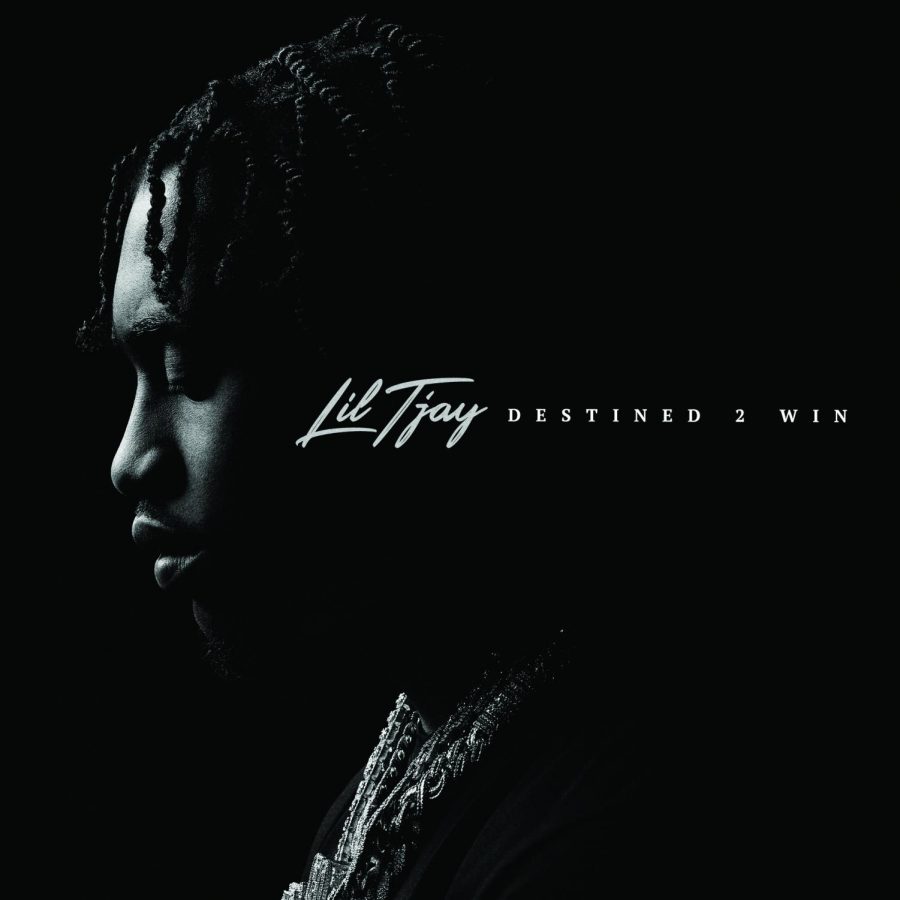 Over the past few years, a number of notable New York rappers burst onto the scene, reminding the world of the state’s prominence in hip hop.

Lil Tjay is one of them. The 19-year-old Bronx native started his career in 2017 and has since released two studio albums under Columbia Records.

His second album, “Destined 2 Win,” was released on April 2. As the title suggests, Lil Tjay details his determination to be great, while also boasting about his already successful life.

The album begins with its namesake as a minute-long song. The song samples 1970s R&B artist Margie Joseph’s “Who Gets Your Love,” while Lil Tjay adds a few “oohs” and says he’s “destined to win.” One could also hear a man, whose identity is unknown, hyping up Lil Tjay.

This theme continued into the second track, “Born 2 Be Great,” as Lil Tjay rapped over his hums throughout the song. The humming leads nicely into the first verse in which Lil Tjay says that it feels like the people he knew the best were the people who brought him down, reminiscing on the dreams of “cap and gowns.”

A few lines after this moment, he picked up the pace, beginning to brag about his wealth.

“Drippin’, I’m the flyest, you could never call me sherm / This Louis V on me cost me like nothin’, I could burn,” Lil Tjay rapped.

While heavily considered a rapper, Lil Tjay mixes in some singing into his work. As he finishes his rap verse noting that people can learn from him, his whiny singing enters in the chorus. He sings, “I was born to be great / And I won’t let nobody tell me I ain’t.”

It worked for the song, but to say it was my favorite part is a lie. He bounced back with a strong second verse, which actually began with Lil Tjay incorporating his own version of Drake’s verse from Rihanna’s 2016 song “Work.”

It was smooth and made the next part of the verse even more potent as the beat dropped and he sped up again. He concluded the song with a drowned-out version of the chorus.

The next song, “Calling My Phone,” was enjoyable throughout and was my second favorite track behind “Born 2 Be Great.” Understandably so, both songs were released as singles before the album dropped.

While the song, which features 6LACK, is smooth and lacks a lot of the whiny singing from Lil Tjay, it takes away from the thesis of the album. Lil Tjay and 6LACK discuss their past relationships and how they’re attempting to move on.

None of that connects to the idea that Lil Tjay presented in the first two songs and the album’s title. There’s a number of songs that focus on love or rather the lack thereof. Not only did I not enjoy them, but it took away from the general theme.

Lil Tjay is at his best when he uses his melodic vocals to rap over a quick beat. When slowed down, he becomes irritable. This was most noticeable in “What You Wanna Do.”

This version of Lil Tjay’s singing disappeared for a few songs as he returned to rapping about his rise to fame. In “Go Crazy,” Lil Tjay begins with a few “oohs” but quickly changes speed in the first verse.

“Only 19, they expectin’ me to change shit / Started chasin’ dreams, in a year, I was famous / Youngin’ on that Billboard, came a long way from the gang shit,” Lil Tjay rapped.

CuBeatz and 808 Melo produced a melodic 808 beat that Lil Tjay boasts over. This continued in the whole song, but it was most notable at the end of the first verse when Lil Tjay took a shot at someone.

“I been knew I would pass you,” Lil Tjay rapped. “You just should’ve been my little bro, bro.”

Although it’s not confirmed who this was directed at, people suspect that it’s at A Boogie Wit Da Hoodie, since the two have had beef.

In early May 2020, Lil Tjay claimed he snatched a Highbridge The Label chain from one of its members. The label consists of multiple members, most notably New York rappers A Boogie, Don Q and Trap Manny, all of whom clapped back via social media.

Lil Tjay also mentioned A Boogie’s child’s mother, Ella Rodriguez, noting that he could have slept with her. Rodriguez denied this.

In a tweet, he furthered the division between A Boogie, who is also a melodic rapper, after crowning himself the king of New York as his upcoming mixtape “State of Emergency” was set to release on May 8.

FUCK ALL THT OTHER SHIT GOING ON RN SHIT IRRELEVANT 😒 ONLY THING I KNOW IS IM SHUTTING THE STREETS DOWN FROM NOW ON IM THE KING OF NY!! ALL THAT OTHER NA NA NA SHIT ND SNITCH RAINBOW HAIR SHIT GOING ON IN MY CITY A DUBB! THE REAL GON UNDERSTAND..NY STAND TF UP 🗣🗣😈🔥#MAY8th !! pic.twitter.com/SCO2J5SXru

Though the tweet was about a year ago, the thought still seems to be there. However, Lil Tjay is still in the backseat compared to A Boogie, who released a song “King Of My City” on his latest album, “Artist 2.0.”

With that in mind, I can’t say that I enjoyed the album. There were certainly songs that stood out like “Born 2 Be Great,” “Calling My Phone” and “Headshot,” but that’s three of 21. It wasn’t a strong enough album overall, and it has me wanting more of what he showcased in the three aforementioned tracks.

Maybe I’m just an A Boogie fan, though.