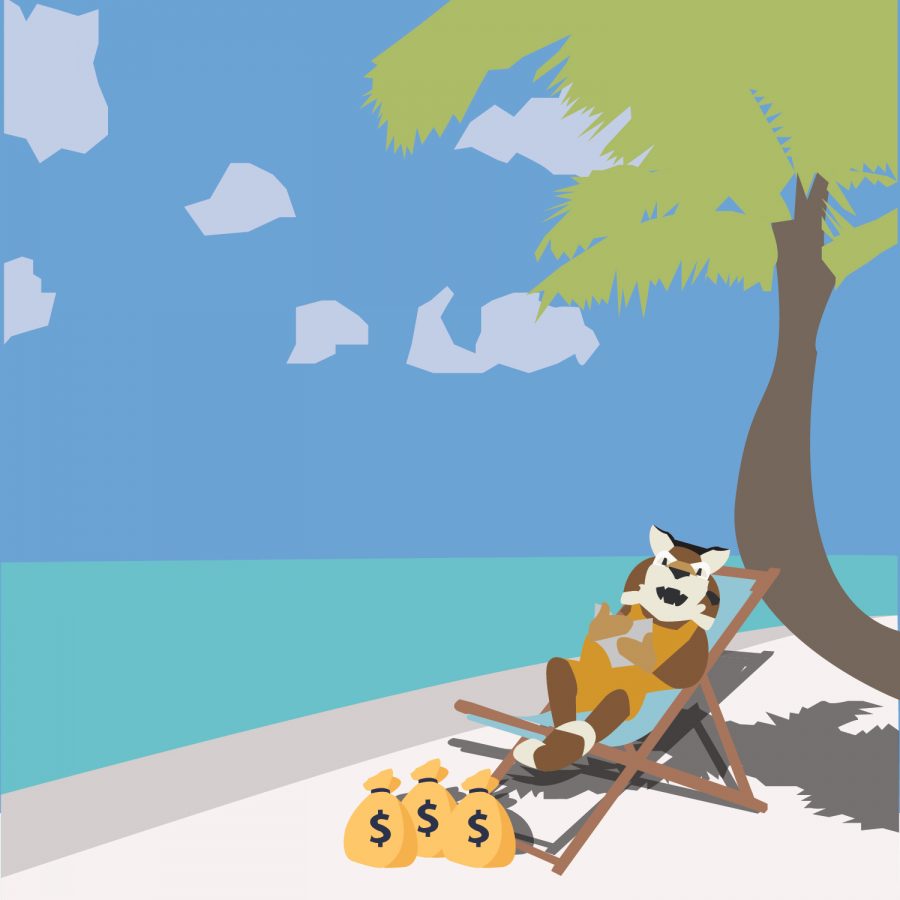 Quinnipiac University had over $39 million in hedge fund investments in 2018, according to its annual 990 filing.

Two of the investments are in companies based in the Cayman Islands, a place hedge funds commonly claim to be based there to avoid taxes in a legal way. Over 60% of the United States’ hedge funds are based in the British overseas territory.

Hundreds of U.S. colleges and universities were found to have held investments in the Cayman Islands in the Paradise Papers as a way to avoid taxes on investments. While most private colleges are non-profits, the investments they make are taxable.

“The only time university endowments pay taxes is when they invest in debt-financed financial firms such as private equity funds and hedge funds,” Sasha Chavkin, Emilia Díaz-Struck and Cecile L. Gallego wrote in a 2017 International Consortium of Investigative Journalists article. “These investments are considered a business activity unrelated to their tax-exempt missions.”

Quinnipiac’s portfolio puts 6.7% into hedge funds. Most of its other disclosed investments are in private equity firms.

Universities make investments in order to grow their endowment and generate capital.

One of the hedge funds Quinnipiac disclosed, Ironwood International, is based in the Ugland House, which is a small two-story building that houses a law firm and 40,000 business entities. Quinnipiac had $9 million in Ironwood in 2018. Ironwood operates out of Chattanooga, Tennessee , and its holdings are not public.

Another one of the funds Quinnipiac invested in is the Monarch Opportunity Fund, which is supported by Monarch Alternative Capital. Based in New York City, Monarch holds millions of dollars worth of stock in the fossil fuel industry. Quinnipiac had $13 million in Monarch in 2018.

Quinnipiac’s money may not directly be in fossil fuels through the Opportunity Fund, but hedge funds use pooled or borrowed resources to make aggressive trades.

In 2018, Monarch had $70 million in Resolute Energy, an oil and gas producer that was bought by a larger producer in 2019. It also held $122 million in Arch Coal, a coal miner and producer.

Today, Monarch holds $14 million in Oil States International, an American mutli-national corporation that specializes in drilling for gas and oil, according to its most recent SEC filings. It also holds another $9 million in Pacific Gas and Electric Company (PG&E), a West Coast natural gas supplier made famous by a lawsuit by activist Erin Brockovich.

PG&E filed for Chapter 11 Bankruptcy in 2019 and finished reorganization in 2020.

The university has pushed an environmentally-friendly vision, and sustainability is a major part of its strategic plan.

“Quinnipiac does not have any direct investments in fossil fuels and has committed to not investing directly in fossil fuel interests,” Associate Vice President for Public Relations John Morgan wrote in a statement. “Some commingled funds in our portfolio, which are funds that invest in a wide array of companies and industries, may include fossil fuel interests as a portion of the fund. Investments in commingled funds provide scale, access to leading investment managers and diversification, which is important to growing the endowment for the benefit of the Quinnipiac community and the university’s long-term plans.”

According to Quinnipiac’s strategic plan, “A campus sustainability plan and execution structure will be developed to advance the responsible stewardship of environmental resources on campus, and to model in our behavior the ideals for others.”

The third firm, Pointer Offshore, has a $20 million investment from Quinnipiac, but very little public record of it exists. Its holdings are not public.

Quinnipiac disclosed over $80 million in securities in 2018. Most of the securities were in real estate and private equity.

Quinnipiac’s investments in Monarch, Ironwood and Pointer are “net asset value alternative investments,” according to the filings. This means Quinnipiac invests in the outcomes of the firms’ investments. The number is simplified into a net asset value per share, giving you one price that you can invest in.