New chief of public safety wants to be approachable, transparent 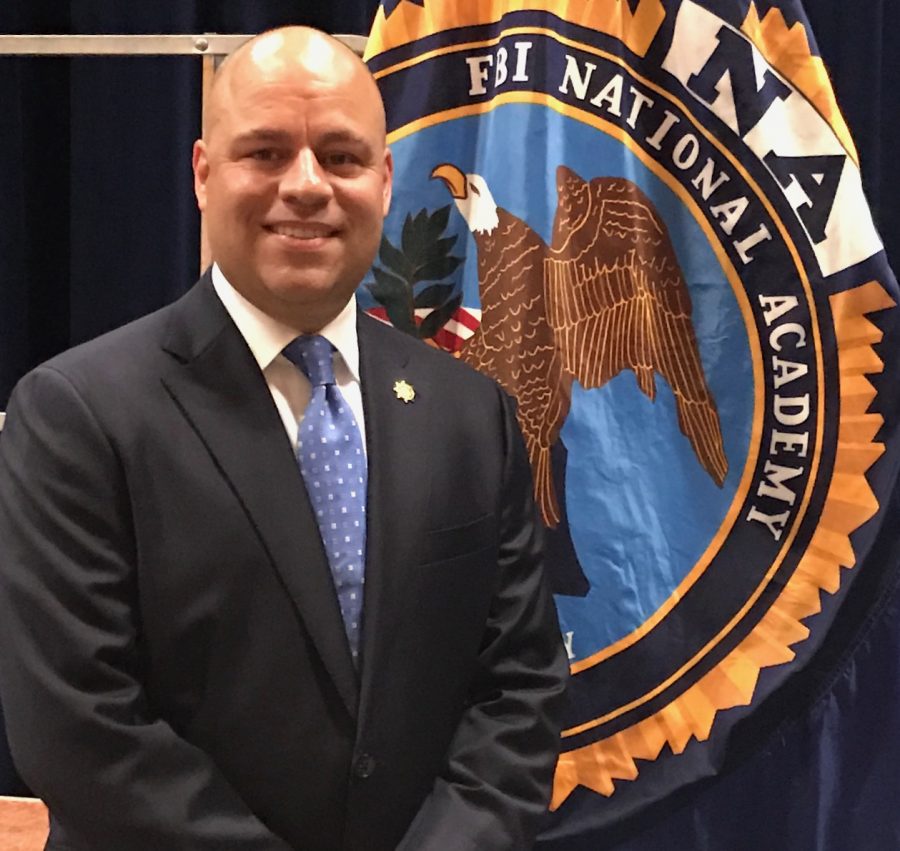 Otoniel Reyes joined Quinnipiac University as the new chief of public safety in 2021.

After just two years as chief of police in New Haven, Otoniel Reyes joined Quinnipiac University as the new chief of public safety, a role he said he hopes to carry out with fairness and accountability.

“When we talk about police reform, it’s all rooted in fairness,” Reyes said. “It’s all rooted in accountability and for policing and public safety. It’s about procedural justice. People want to ensure policing is fair and that the services we provide are transparent.”

Police reform should be based on finding tenants that all people have in common, Reyes said. He noted that policing should be a service-oriented job.

“It started in the early 1800s with Peelian principles focused on community-centric mindsets,” Reyes said. “That is the foundation of what we do in public safety. I think we need to collaborate and move forward in a way that reflects those principles. That is what police reform is about — getting back to the principles of what policing or public safety is all about — community.”

The first publicly-funded police force began in Boston in the 1830s, according to NPR. But before that, many southern cities had watch groups formed of police officers that worked to control the population of enslaved people in the area.

The model of a community-based police force did not begin until the 1960s, according to law.jrank.org.

In his role as chief of public safety, Reyes will have to not only handle the Quinnipiac community, but also the Hamden Police Department to help foster relationships between the town and the university. Reyes said he is no stranger to working with Hamden.

“I have a very good working relationship with not just the chief in Hamden but the mayor as well,” Reyes said. “I work very closely with the Town of Hamden on many of the things we do in New Haven whether it is crime-related or program-related because Hamden is such a close neighbor. We’ve gone through difficult times together.”

On April 16, 2019, a Hamden officer and a Yale Police officer opened fire on a Black couple, Paul Witherspoon and Stephanie Washington, as they sat in their car in New Haven, injuring Washington. The shooting provoked weeks of unrest in Hamden and New Haven.

“We worked on policies to better the relationship to align our philosophical approach to policing and to public safety in our communities and all of those things,” Reyes said. “I think that relationship that I have that I have established will serve me well in my new role and will certainly serve the university and public safety well.”

In his first few weeks on campus, Reyes has been rushing to meetings, trying to get to know the different departments and leaders at Quinnipiac.

“Being brand new to Quinnipiac, my goal over the next few months, and it has been since day one, is to make sure I know what I don’t know,” Reyes said. “Make sure that I listen, understand the dynamics. Quinnipiac has an amazing culture and tradition.”

Sophia Marshall, president of the Student Government Association, said that she was part of the selection committee that chose Reyes as the next public safety chief.

“I think he’s excited and very qualified, and I’m hopeful he’s willing to work with students to create positive change in the scope of his field,” Marshall said.

Marshall outlined a few goals she has for the Department of Public Safety under his leadership.

“(I would like to see) integration of public safety into the multicultural communities, and definitely working to ensure when the hiring freeze is over, that QU is hiring more officers that are reflective of the variety of different cultures and backgrounds we have here at the university,” Marshall said.

Reyes cited President Judy Olian’s 10-point plan and its commitment to inclusive excellence and said he would follow its guidelines when it comes to diversifying the force.

“Diversity is a buzzword, but it’s a beautiful word,” Reyes said. “It’s vibrancy. It’s about making us better and bringing in welcome ideas and a wealth of experiences that will make your experience here and our service to you the best they can possibly be. I think we are on the cusp of greatness here.”

Due to budget cuts in June 2020, the Department of Public Safety lost 10 officers, with a significant hit to the diversity of the force. A previous article in the QU Chronicle stated that “all of the LGBTQ officers, 33% of the Black officers, 50% of the female officers, 44% of the international officers and 13% of the white officers were laid off.”

“I am excited to welcome Tony to the Quinnipiac community,” said Tom Ellett, chief experience  officer, who announced the appointment. “Tony has extensive experience at every level of public safety and community service that will position him for success as chief in a university setting. Tony’s commitment to excellence, fairness, equity and inclusion in leading the Department of Public Safety aligns well with the university’s values.”