Will the madness stop?

Even in 2021, female athletes are being treated unequally compared to their male counterparts 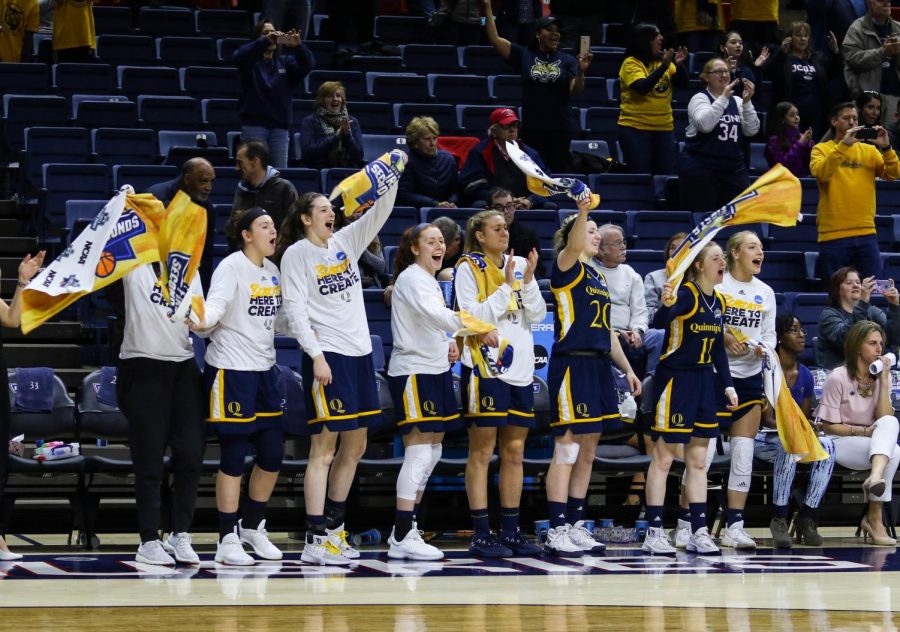 It may no longer be Women’s History Month, but the conversation about gender inequality, especially in sports, cannot end.

This year’s NCAA basketball tournament sparked a lot of discussions, but not exactly around the actual games. With March Madness officially finished, it is time to analyze the differences in how the NCAA treated the men’s and women’s teams during the tournaments.

On March 18, Oregon forward Sedona Prince posted a video on TikTok exposing the discrepancies between the men’s and women’s weight rooms. It went viral. 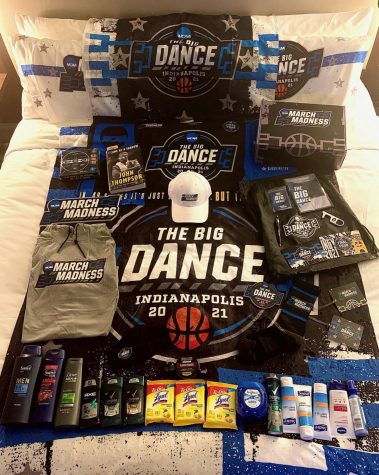 The video showed that the men had access to a full gym while the women had six dumbbells and a handful of yoga mats to share. More inequalities came to light following the popularity of the post. The men received bigger swag bags and better food throughout the tournament.

The men’s swag bags consisted of March Madness and “The Big Dance” branded towels, a T-shirt, socks, a hoodie, a variety of toiletries and anti-bacterial wipes, books, puzzles and many other small items. All of the goodies were nicely laid out in a presentation that took up an entire bed.

The women received a small amount of women’s basketball branded gear, including a small towel, a T-shirt, a scrunchie, a hat, Powerade bottles and an umbrella. It also included a small number of toiletries and a puzzle. Looking at the two pictures side by side, it was an imbalance of personal items dedicated to each tournament.

After seeing the many differences between the treatment of men and women in the same tournament, it was important to talk to Quinnipiac basketball players and coaches, especially those who have lived the experience.

Taylor Herd played guard at Quinnipiac from 2016-2020, captaining the team

her senior year. During her career, she won three MAAC titles that led her and the Bobcats to three NCAA tournament appearances.

“I remember when we made it to the NCAA tournament, and we had like the Dove body wash and we had a few other things, like deodorant and dry shampoo,” Herd said. “We were excited just to be there, so I didn’t really think anything of it. But when you compare it to everything the men’s team is getting, particularly with the swag bag, it does kind of shock you.”

Herd was grateful to say that she did not feel that Quinnipiac treated its men’s and women’s basketball teams very differently. She did mention a slight difference with gear, though.

“The only thing that I noticed is that the men’s team would have a new jumpsuit every few months, whereas we had the jumpsuits that we had at the beginning of the year,” Herd said. “They would say, ‘Oh, we were just gifted shoes by our coaches, they decided to get us new shoes,’ which wasn’t really a thing for us.”

Herd admitted that she was unsure whether the budget for gear, food and travel was the same for each team or just spent differently.

“I don’t know if they have a bigger budget, but even then, why is their budget bigger, especially if we’re a championship team?” Herd said.

Although Herd did not notice any discrepancies between the men’s and women’s teams at Quinnipiac, she was concerned their equal treatment may have had to do with the success the women’s team brought each year.

“I have to think like maybe we weren’t slighted because of the success we were having as a team,” Herd said. “If we weren’t as successful, would we have experienced inequality?”

Aryn McClure played at Quinnipiac from 2015-2019 and was on a team that broke MAAC records and even went on a run to the Sweet 16 of the NCAA tournament. She attributes a lot of Quinnipiac’s equal treatment to the fight of Quinnipiac women’s basketball head coach Tricia Fabbri.

“I feel like Quinnipiac really took care of us, and I think it’s a true testament in terms of leaders and our leader was Tricia Fabbri,” McClure said. “She was so invested in the women’s sports program and made it known that QU b-ball is not only in front of Quinnipiac, but its history in the making. You need to market this, and you need to provide those resources for it to happen.”

Fabbri has been the head coach of Quinnipiac women’s basketball since 1995 and has led the Bobcats to five NCAA tournaments. With over 450 wins at Quinnipiac, she has been a proven success in the world of basketball.

In agreement with McClure, Fabbri said that Quinnipiac’s equal treatment of the two basketball programs on campus is a reason for the success of the women’s team.

When talking about the future, Herd remained optimistic but hopes the NCAA can catch up with society’s steps toward fairness.

“As time goes on, there are changes that need to be made,” Herd said. “I think (the NCAA is) starting to fall behind making those changes as quickly as they should be made.”

Fabbri has a lot of positive thoughts for the future of the NCAA and women’s sports.

After the weight room video went viral, the women of the tournament got a lot of support from the community. Though the NCAA did not make much of an effort to help right the wrongs of its unequal treatment, companies such as Dick’s Sporting Goods stepped up. It donated enough gym equipment to the women’s teams in the tournament to match what the men had access to, so the women received the treatment they deserved.

“It wasn’t just a basketball issue, it became a women in sports issue,” Herd said. “I just love that more women are using their voices, and that it’s unfiltered. I feel that a lot of the time, women would have to tiptoe around what they mean or what they want to say and now they’re using platforms like Twitter and social media to say unfiltered thoughts. I think it’s really exciting to see that change being made and again, it starts with players.”

“We were able to gain the momentum, have voices heard, and make substantive changes for equality for women, women in sports,” Fabbri said. “And it started with women’s basketball.”