Sexism is bigger than the weight room: How sex discrimination pervades everyday life 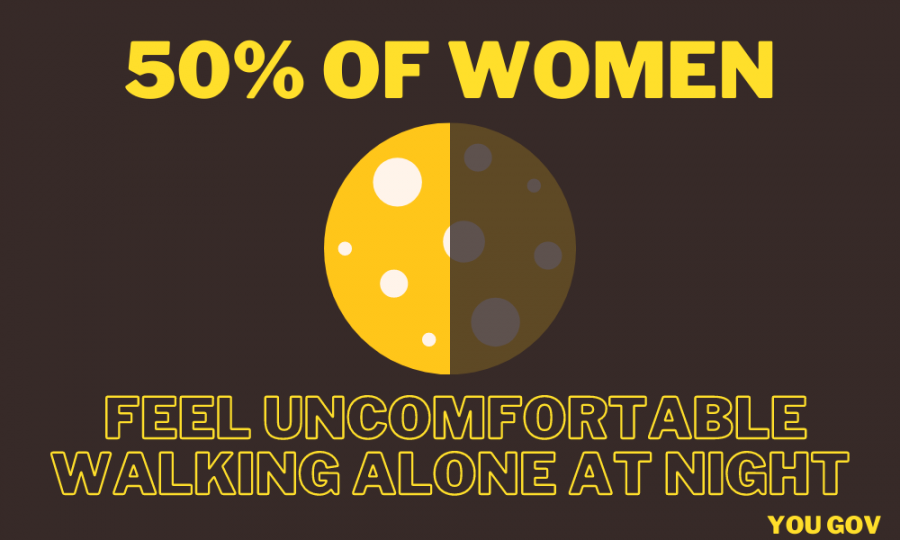 During the NCAA men’s and women’s basketball tournaments, videos and photos of the men’s and women’s weight rooms went viral on social media because of a noticeable size and quality difference between the two.

This is disgraceful, but the reason it garnered so much attention on social media was because it is a tangible example of sexism. The differences between the weight rooms were clear. The solution was obvious — make the weight rooms equal.

The everyday realities of sexism are much less concrete, and the subtleties of them can be just as offensive to women as a blatant inadequacy. For example, why was the men’s weight room larger in the first place? Many would argue that it is because men’s sports bring in more revenue. But why do they bring in more revenue?

Because whether or not college sports fans realize it, they associate athleticism and athletic performance with men’s, not women’s, sports and this unconscious bias is also sexism.

The small, seemingly insignificant instances of sexism are the ones that pervade the lives of everyday women, not just college athletes. For women, sexism consumes the workplace, politics, media and even our own feelings of personal safety.

Sexism in the workplace

I (Emily DiSalvo) will always remember when I was working as head lifeguard at the town pool and instructed two of the male guards to clean the boy’s bathroom. My boss, also a man, was standing nearby, and his words still ring in my ears today.

He may have been joking, but the undermining of my authority as head guard provoked laughter from the two boys and stirred up anger and frustration with me. I proceeded to clean the bathrooms as he chatted with the boys about college and career plans. It was as if his vision of me was of a full-time maid.

This is just one instance of sexism in the workplace and a minuscule one at that. However, it is an example of the ways in which women are sometimes undermined by men without them even realizing it. It is second nature for some.

Women in the workplace face sexual harassment, discrimination when it comes time to make promotions and a significant wage gap. In 2017, Pew Research reported that 42% of women have faced discrimination in the workplace because of their gender. One in four working women say they have earned less than a man who was doing the same job. Women are about three times as likely as men to have experienced sexual harassment while at work.

All of these issues are exacerbated for LBGTQ women and women of color who face the intersecting forms of discrimination from homophobia and racism on top of sexism.

“One area in particular where Black women stand apart is in their reporting of having been passed over for the most important assignments because of their gender –- 22% of employed Black women say this has happened to them, compared with 8% of whites and 9% of Hispanics,” Pew Research reported.

How should women get men to understand that they deserve equal treatment in the workplace? One theory is that seeing more women in positions of power will help to reverse the trend of sexism. Unfortunately, getting women to positions of power isn’t as easy as it sounds.

When women are asked to run for office, they are more likely than men to doubt themselves. This self-doubt is not limited just to politics.

“Compared with men, women don’t consider themselves as ready for promotions, they predict they’ll do worse on tests, and they generally underestimate their abilities,” Katty Kay and Claire Shipman wrote for The Atlantic. “This disparity stems from factors ranging from upbringing to biology.”

This lack of confidence makes sense given that women who run for public office face more intense scrutiny than men who do the same.

Women face critiques on fashion, hairstyles, relationship status and even the sound of their voice when they run for office, attributes that are never directed at men. Many people who comment on women politician’s outfits are actually women and aren’t even aware that they are focusing more on her blazer than the speech she has so carefully practiced.

Bonnie Morris, a history lecturer at the University of California Berkeley, told The Guardian that she still feels there are issues in America with female authority.

“A lot of people are really threatened by super-smart women,” Morris said. “If a woman is trying to make her point by speaking slowly and forcefully, there’s always going to be a cohort of men who regard that as being scolded by a mother figure.”

My advice to break this cycle is to start treating women at the podium like they belong there. It’s as simple as that.

Sexism in the media

Even though Hollywood is slowly closing the gender gap in media, such as TV and movies, sexism is still prevalent. Last year was a step toward making female and male characters in film more equal. According to the World Economic Forum, 2020 had the largest percentage of female protagonists in the top 100 highest grossing films, with it being 40%. Yes, this is a lot better than past years, with Variety reporting that in 2017 this percentage was 24%, but sexism is still there in other ways, such as how the female characters are portrayed.

In 2018, after studying the 56 top-grossing films in 20 countries, the World Economic Forum found that female lead characters were four times more likely to be shown naked than male leads.

According to research conducted by San Diego State University in 2018, women characters were often in supporting roles, and only one in three speaking characters in the top 56 films of 2018 were female. However, when women were in powerful roles, they were still objectified. Nearly a third of powerful female characters were wearing revealing clothing compared to less than 10% of male leads.

“Girls need to see themselves reflected on screen and to see positive and authentic characters that can inspire them,” said Geena Davis, the Oscar-winning star of “Thelma and Louise.” “Content creators and storytellers in entertainment and media have an opportunity to support and influence the aspirations of girls and women and stop reinforcing damaging gender stereotypes.”

She is right. Young girls need to see a woman on screen in a powerful role and not have to think that even those in positions of power must still “please the man” by wearing revealing clothing or acting in a seductive manner. Girls should think that they can get to the top without having to act sexy or even act differently than their male counterparts.

These movies have kids *obsessed* with playing marriage. We're trying to get our girls to be as excited about playing graduation by telling them that it's really fun and there's lots of cake!! 🙄

Young girls who watch movies will think that life is only marriage. While love and happiness is an important aspect of life, girls should be encouraged to be successful, too. Film directors should be making a stronger effort in creating movies that showcase a woman’s success without needing to be married or helped by a male counterpart. Not only will that help close the gender gap, but it will be a way to teach young girls that life is much more than marriage, and that they have the capability to be successful on their own.

As women, we have been taught since we were young to avoid walking home alone at night in fear that we will be attacked by another human. While it is great to keep our safety in mind, it is unfair that women across the world are afraid to just walk alone, which is a basic human right.

In an article published by The Guardian in 2017, journalist Talia Shadwell talked to women from around the world about their walking habits as a Stanford University study of smartphone data reported that men walk more steps than women. What she found was that most women think twice about walking alone in their own neighborhoods.

“I don’t think most men realize how common street harassment is in this country,” one woman said. “I’ve been followed home, attacked, spat on, told to smile by men I don’t know, since school days. It’s pretty wearying feeling like you have to be constantly alert.”

In 2019, YouGov reported that 50% of women feel uncomfortable walking alone at night, and 59% of them who walk down an alley alone feel unsafe doing so. Even basic activities such as going to the bar are things that women are afraid of doing alone. About half of women said they have never been to a bar alone, while only three in 10 men have said this is the case for them.

For most women, taking regular precautions to avoid sexual assault is normal, as six in 10 women regularly take precautions to avoid sexual assault, while 60% of men say they do not. This is important to note — women and girls experience sexual violence at high rates with one out of every six American women being a victim of an attempted or completed rape, according to the Rape, Abuse & Incest Network (RAINN). Why is this the case? Why are women continuously the victims of rape and sexual assault, with one in three women having been a victim of physical sexual violence, according to the Centers for Disease Control (CDC)?

According to the Rutgers University Office for Violence Prevention and Victim Assistance, the “perpetrators have a strong sense of entitlement and use power and control to commit acts of sexual violence. Most perpetrators adhere to rigid ‘traditional’ gender roles that focus on the inequality of women. This allows them to treat women and the targeted victim with no regard or respect.”

For many instances, drugs or alcohol are part of the situation, thus making the victim incapacitated.

Shockingly, in Minnesota, a man is not being charged for raping a woman because the woman voluntarily got drunk before the incident occurred. The man, Francois Khalil, was convicted in 2019 for third-degree criminal sexual conduct that involved an impaired victim. On March 24, the Minnesota Supreme Court overturned the conviction, stating that “mentally incapacitated” only applies to forced alcohol or drug consumption.

Nearly 10 million American women have been raped while intoxicated, according to The Washington Post.

Minnesota State Representative Kelly Moller (DFL) is sponsoring a legislation that will change the law to say that anyone who is intoxicated is incapable of consenting to sex, no matter if they are incapacitated voluntarily.

This is what we need. We need to make it known that sexual violence is not the victim’s fault at all. But, ultimately, we need to create a culture that all people, no matter the gender, should feel comfortable walking home alone at night.