Why is food so mysterious? 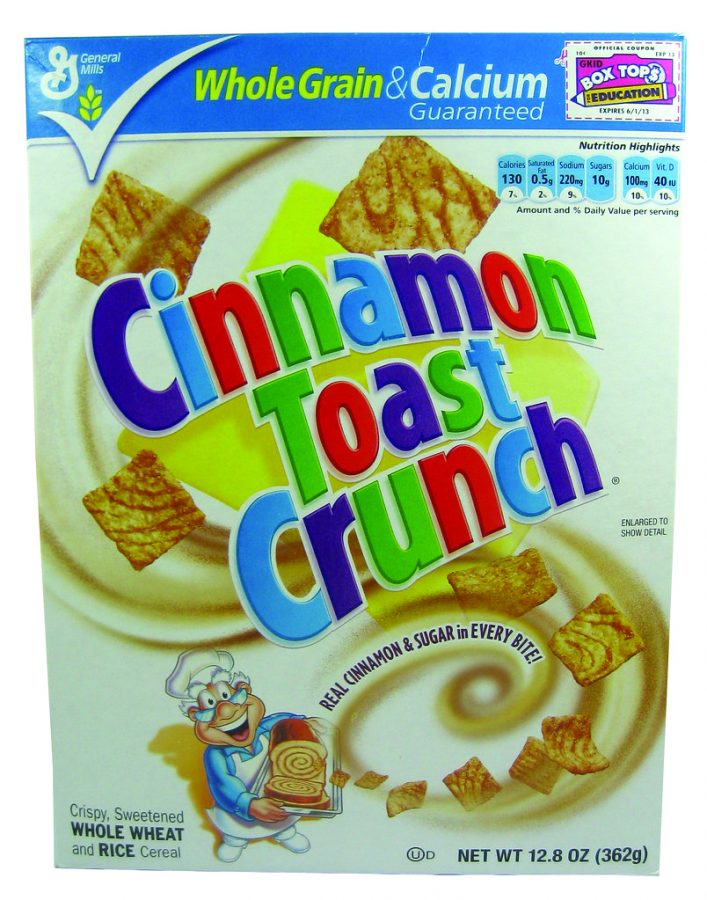 Jensen Karp, husband of “Boy Meets World” actress Danielle Fishel, had an unusual bowl of Cinnamon Toast Crunch for breakfast on March 22. On Twitter, he said the prizes in his cereal were shrimp tails. The Cinnamon Toast Crunch Twitter account posted that there was no cross-contamination with shrimp.

However, this scandal has made me second guess the foods I am eating.

“Ok, well after further investigation with my eyes, these are cinnamon coated SHRIMP TAILS, you weirdos,” Karp responded on Twitter. “I wasn’t all that mad until you now tried to gaslight me?”

Cinnamon Toast Crunch began its path to Twitter’s cancel culture. The company privately messaged Karp offering General Mills vouchers for his unfortunate experience. It asked him to send the shrimp tails for laboratory testing. Karp refused to ship his cereal back because of the poor communication from Cinnamon Toast Crunch. It did not give immediate responses to him and waited until the next day. The company then emailed Karp telling him to turn the cereal into law enforcement.

The cereal company issued an apology on its Twitter. The bizarre situation opened up two avenues on social media: a field day with memes and the fear of what is in the foods we enjoy eating.

Processed foods are a staple in the United States market. We see advertisements plastered everywhere about the latest chip flavors. Billion-dollar corporations profit off producing unhealthy snacks and beverages that people consume every day.

“The core of the problem is the massive price distortions in the market that have been brought about by government intervention,” wrote Jeffery A. Tucker for the American Institute for Economic Research. “We have breads, grains, and corn syrup taking over our lives – all made available at absurdly cheap prices to the point that eating a healthy diet seems economically irrational.”

Processed foods are linked to heart disease, according to a study from the Journal of the American College of Cardiology.

“The consumption of ultra-processed foods makes up over half of the daily calories in the average American diet and are increasingly consumed worldwide. As poor diet is a major modifiable risk factor for heart disease, it represents a critical target in prevention efforts,” said Filippa Juul, a faculty fellow at the New York University School of Public Health.

While not all processed foods that you may eat will include shrimp tails or other imperfections, just the food alone can be dangerous.

It is easy for college students to eat processed foods. They are on busy schedules, so most do not have time to cook. It is much easier for a student to eat cereal for dinner rather than going grocery shopping to prepare a meal.

Many students are not aware of the food they put in their bodies. They do not spend time reading the nutritional facts on the packaging. People are going to eat what is available when they are hungry. Processed foods are cheap and convenient while looking to find healthier alternatives can break a college student’s bank account.

Some students have a limited budget, so they cannot afford organic foods. Also, transportation to go off campus can be inconvenient, so they have to stick to what dining halls offer.

Quinnipiac Dining offers some healthy options for students. They can go to the Blue Zone in Cafe Q to find an arrangement of healthy snacks from trail mix to dried fruit. Also, students can custom order their own acai bowls and salads.

Another way to avoid processed foods is to cook for yourself. If your dorm has a kitchen, check out the selection of vegetables and other grocery items for sale at the York Hill cafe.