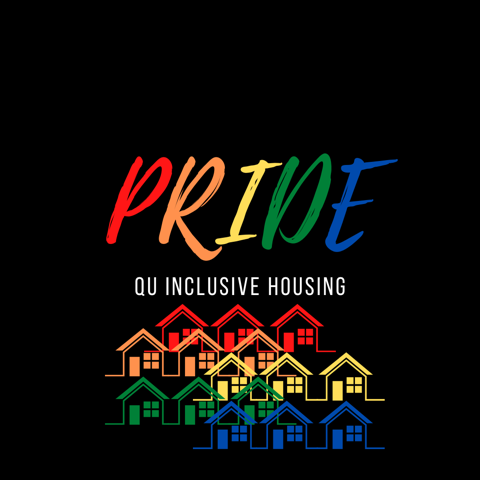 After last semester’s fight for LGBTQ inclusivity at Quinnipiac University, President Judy Olian and other administrators are fulfilling their promises in the form of gender-inclusive housing.

In December, the university made several commitments to becoming a more inclusive campus for the LGBTQ community including creating gender-inclusive housing and gender-neutral bathrooms and completing the Campus Pride Index. The university also assembled different committees to focus on making these plans happen.

The gender-inclusive housing will be available for the fall 2021 semester for all students. Current first-year students will have the option available when they choose housing on April 6 and 7.

For incoming first-year students who choose to live with a randomly assigned student, they can fill out the roommate survey, which will have questions regarding comfortability with living in a gender-inclusive environment.

Chief Experience Officer Tom Ellett said there will be gender-inclusive rooms available in every residence hall.

“To me, it doesn’t really matter if we serve one student then we have accomplished our goal, so numbers don’t really matter,” Ellett said. “It’s about the openness of the institution to provide this for somebody who may feel like this makes them feel more comfortable in our environment.”

Kayla Duncan, a sophomore media studies major who is in the LGBTQ+ Fellows program, said she met with Vice President for Equity and Inclusion Don Sawyer, the residential experience committee and the other fellows to discuss these new ideas for inclusion and revise old plans.

“It is very important that this school becomes more inclusive and accepting, not just for press and to put in emails but for students to come back to their dorm at the end of the day and feel safe and secure no matter what skin color, sexual orientation, religion, etc.,” Duncan said.

Cuttle met with Residential Life on Oct. 23, 2020, and began working to implement new ideas for LGBTQ inclusivity on campus. She said that she felt the housing changes were overdue.

“I don’t know why it took (the university) so long because there’s so many schools — when I was doing research for this — there are so many schools that have (gender-inclusive housing), and it’s not even like a second thought to these schools,” Cuttle said.

Since the university has recently made public statements regarding its plans for improving the environment for LGBTQ students, Cuttle said she thinks more students will want to come to Quinnipiac.

“I know plenty of students that weren’t coming here because they’ve heard stories about how non-inclusive it was for the LGBTQ community,” Cuttle said. “Now that all of this is becoming public, I feel like more people will start coming here.”

There are plans for a living-learning community (LLC) for the fall 2021 semester that will focus on LGBTQ studies. Ellett said the committees are still working on the plans for several new LLCs, and that they should be available for first-year students for the upcoming semester.

Duncan said these changes will hopefully create a more welcoming environment for students in the future, but the university needs to improve on an administrative level.

“I hope QU gets more people that come from different backgrounds into positions of power,” Duncan said. “It is very hard to hear and believe an all-white staff or board that says they’re trying to make the school more inclusive.”