‘We first, not me first, is the only way to end the pandemic:’ Publicize life-saving care

Vaccines are a human right, not a vehicle for profit 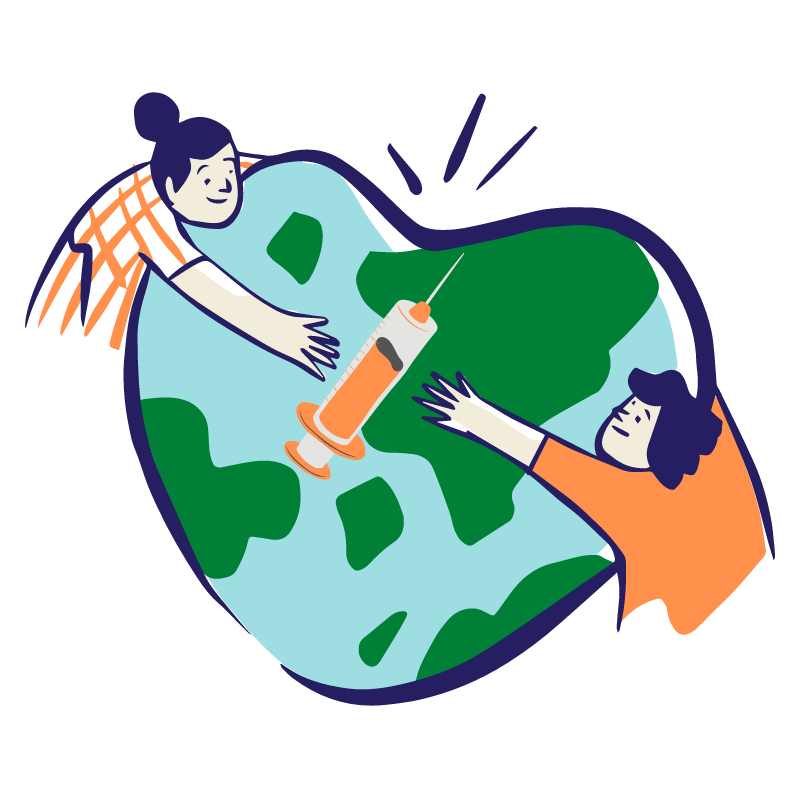 While the COVID-19 vaccine rollout process may seem ridiculously slow for college-aged students, the United States is moving at a breakneck pace when compared to developing countries. The BMJ reported that at least 90% of people in 67 low-income countries stand little chance of getting vaccinated against COVID-19 in 2021.

The vaccine drought in these countries is not incidental. It is a result of wealthy countries, like the U.S., reserving more vaccines than they need because they can afford it. This is another classic example of white Western exceptionalism in which developed countries think they are superior simply because they have more money.

“We find that although high-income countries only account for 19% of the global adult population, collectively, they have purchased more than half (54%, or 4.6 billion) of global vaccine doses purchased to date,” a report from the Kaiser Foundation read.

In addition to being wealthier, many of the countries with access to vaccines are more white. While the U.S. has successfully stockpiled vaccines, many countries in Africa have not been as lucky.

“We first, not me first, is the only way to end the pandemic. Vaccine hoarding will only prolong the ordeal and delay Africa’s recovery. It is deeply unjust that the most vulnerable Africans are forced to wait for vaccines while lower-risk groups in rich countries are made safe,” said Dr. Matshidiso Moeti, World Health Organization Regional Director for Africa.

This is disgraceful. The vaccine is a life-saving medication that every human is equally entitled to. The United Nations reported that many developing countries lack the capacity to withstand a global pandemic because of limited health care and funds to help the economy recover.

According to a policy brief by the United Nations Department of Economic and Social Affairs, the reported number of COVID-19 related deaths per 100,000 people is higher in lower-income countries compared to developed countries and regions.

As the U.S. and other wealthy nations hoard vaccine doses simply because they can, it makes me consider why money and access to life-saving health care are so closely linked in the first place.

The research that these private companies compiled to create the vaccines is currently not even in the public domain. By privatizing this information, pharmaceutical companies are ensuring that other organizations cannot use the information to create their own vaccine. Creating another vaccine would actually be a positive for society, but since it would create more competition in the vaccine business, private companies have an incentive to keep their data private.

The vaccine process should not be spearheaded by private, profit-seeking companies like Pfizer and Johnson & Johnson. Instead, it should be led by WHO or other public agencies that would work to distribute vaccines without profit in mind.

In a pandemic, I can understand the “every person for themselves” mentality. But over a year into the pandemic, the U.S. now has the tools to keep people safe. We have plenty of vaccines hoarded away — “enough potential doses of different types of vaccines to immunize their entire populations several times before some poor countries have any vaccine at all,” according to NPR.

It is time to reconsider the real pitfalls of allowing the free market to do its job when it comes to human lives. The entire theory of capitalism is that of empowering private companies and their ability to market and profit from individuals who can pay. Why is a vaccine for a deadly illness considered within the bounds of the free market?

This current plan is allowing the rich to win and survive while letting the poor continue to suffer and die. This sounds horrible and apocalyptic, but I argue that this is the same evil system governing the private health insurance industry that Republicans and moderate Democrats are so attached to here in America.

When we make health insurance a business, we are asking companies, whose main job is to provide lifesaving care, to also have profits in mind. We are acting like human lives deserve to be part of some game on the stock market. Like vaccine production and distribution, privatized health insurance denies lower-income people the access to something that should be a human right.

It is time to take profits out of health care in general. Hospitals, health insurance companies and the manufacturers of any life-saving drug should not be competing for profit. Instead, they should be racing to save as many lives as possible without considering money.

When you get your vaccine in the next few months, it might seem like you waited forever. But consider that the only reason you got it at all was that your country had the means to stockpile vaccines, effectively withholding them from people who need them more.