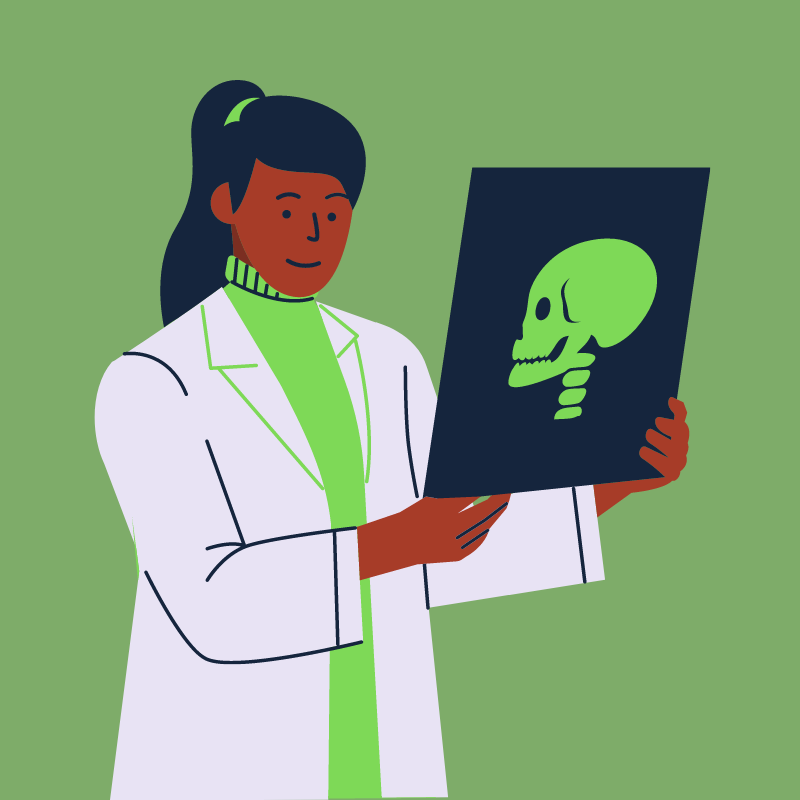 Dr. Marissa McKinley, an assistant teaching professor of English at Quinnipiac University, won a major research award alongside colleague Jonathan Torres. But, McKinley is not just an English professor. She also researches the intersections of feminist and medical rhetoric.

In honor of Women’s History Month, it is important to acknowledge women in science and their contributions to the medical field. McKinley is just one female scientist making a difference in the world.

In McKinley’s spare time, she researches women who live with Polycystic Ovary Syndrome (PCOS), a hormonal disorder that enlarges ovaries and develops small cysts on the outer edges of the ovaries.

“It affects 5% to 10% of women of childbearing age,” McKinley said. “Because I am mostly a feminist medical rhetoric researcher, I really think about how my research should serve the community at large.”

McKinley said that women often come second to men when it comes to medical studies and treatment. The ways in which women who have PCOS experience symptoms can vary.

“Some features are outwardly (physically) such as cystic acne, male pattern baldness, an excess of facial hair and a rise of abnormal levels of testosterone and androgen as well as an elevation of insulin,” McKinley said.

There are no current cures available for PCOS. Due to the lack of awareness and diagnosis, most women do not realize they are carrying the disorder.

Receiving recognition as a woman

Women’s History Month not only gives women recognition but gives them a voice to speak out about the troubles they have endured, whether their troubles derive from sexism, economic inequality or mental health.

“Any women’s issues need to be talked about more,” McKinley said. “The pandemic and the effects it has on women, for example, there is recent reporting that women have left their jobs in mass numbers.”

McKinley said a parental figure has to stay home and make sure their child gets to school or at least during COVID-19, make sure they are attending classes online.

“Unfortunately, men don’t see that as their job as much,” McKinley said. “Some do, but not often. As a result, we have mass numbers of women leaving their jobs because they have to do child-rearing. It’s as if we stepped back in time into the 1950s.”

Throughout the pandemic, women have lost much progress economically and politically as society pressures them to conform to womanly societal roles around the house.

Some white men, specifically those who aren’t in marginalized groups, also have the luxury of feeling safe — a luxury women cannot afford.

“How many white men can say when I walk to my car in the grocery parking lot I have to have my keys ready in my hand ready to go?” McKinley said. “When I am out, I’ve always had my keys in my hand just in case because I don’t want to have to fumble through my bag to find my keys. It’s a big risk.”

Coming together to show support

Men and women can agree that both face different struggles. However, in a new generation, it is important for men to support women as well as women supporting women.

“I think having a month dedicated to women’s issues is only good if we actually have important conversations about the positions many women are in and thinking about the pandemic’s effects it has on women’s careers,” McKinley said.

As previously mentioned, PCOS is a disorder associated with women, but is neglected by mainstream media and certain budget issues said by McKinley. However, it develops a new question on how many issues are being overlooked, and why these are less important.

“I think in order to progress as a society, we need to have men almost see from our standpoint of what we’re going through because it’s not until we put them in our shoes will they actually understand,” McKinley said. “I also think women need to be more open to having these conversations and universities, for instance, need to do a better job of highlighting women’s voices on how they’ve been marginalized for so long. Especially women of color.”

As a woman, I believe it is important for women to facilitate these ideals, sharing their stories, speaking up about issues and giving one another a voice so we can finally act and generate some results.

To learn more about Polycystic Ovarian Syndrome and in order to spread more awareness, go to PCOS Awareness Association, https://www.pcosaa.org/