Golden Globes 2021: At-home looks that stood out through the screen 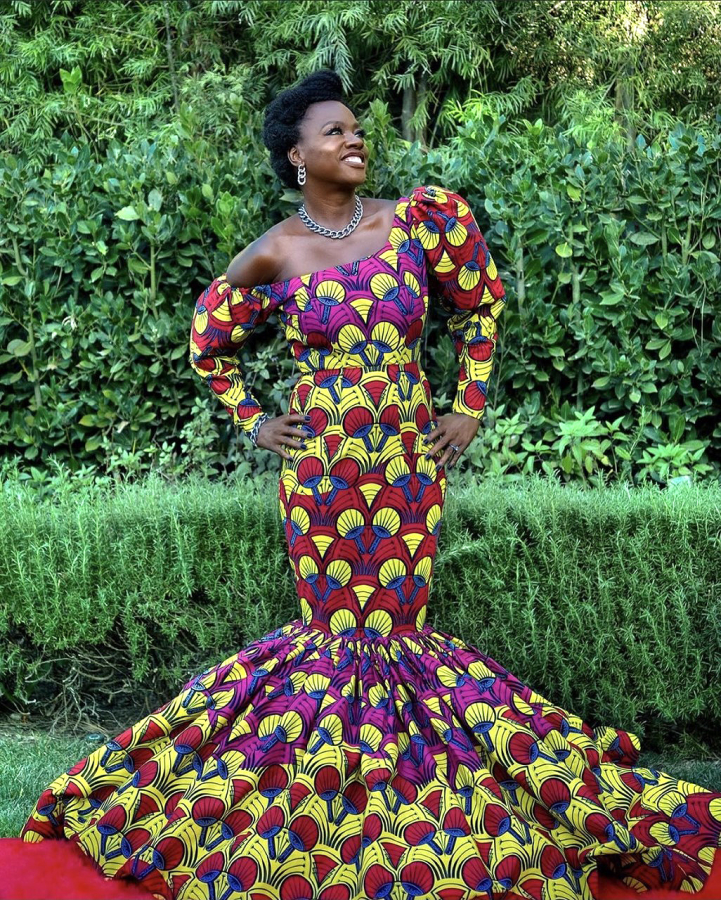 If you’ve celebrated an at-home prom, graduation or other formal event this year, you’re not alone — celebrities are doing it too. The 2021 Golden Globes kicked off the socially-distanced awards season on Feb. 28.

Nominees watched from home as actresses Tina Fey and Amy Poehler hosted from The Beverly Hilton in Beverly Hills, but that didn’t stop them from pulling out their showstopping looks. Here are some looks that stood out through the screen.

Admittedly, I don’t think the liveliness of this look would work on the red carpet, but Viola Davis’s confidence exudes through the screen. As it turned out, the dress’s deeper meaning embodied her confidence. The actress, who was nominated for Best Actress in a Drama Motion Picture for her work in “Ma Rainey’s Black Bottom,” wanted a dress that spoke to her as a Black woman, her stylist Elizabeth Stewart said. Claude Kameni designed the dress using a fabric from her home country of Cameroon.

I’m obsessed with this look. The coral works perfectly with Amanda Seyfried’s skin tone and hair color, and the floral detailing ties it all together. Like Davis’, there’s also a backstory to this dress. The custom gown designed by Oscar de la Renta went missing for 36 hours, People reported. While in transit to Savannah, Georgia, from New York City, the dress got lost in the mail. A member of the De la Renta team waited at the 24-hour FedEx hub in Newark, New Jersey, and stayed there until the dress was found “in the nick of time,” Seyfried’s stylist said.

I didn’t love this dress at first, but it has really grown on me. With Lily Collins nominated for her work in “Emily in Paris,” she certainly aimed to live up to her character’s fashionable reputation. Saint Laurent designed the embroidered one shoulder, which has an old Hollywood feel that works. Collins’s curls and bold lipstick color bring the look together with flawless cohesion.

Holy tulle. I think it’s worth mentioning that I had no idea who Rosamund Pike was before I saw this look, but I definitely know her now — that’s a dress you can’t forget. It reminds me of Rihanna’s iconic 2015 Grammys dress, but a more modern, refined version. The length is just right, with the black boots as the only correct shoe choice for this look. It was a memorable dress and a memorable night for Pike, who won Best Actress in a Musical or Comedy.

Isla Fisher proves less is more in this hot pink stunner. The shoulder pads and tied design add the right details to an otherwise simple dress. Though not a nominee herself, Fisher joined husband Sacha Baron Cohen on (a virtual) screen for his Best Actor in a Musical or Comedy Motion Picture win. Fisher’s look is a perfect complement to Cohen’s all-black suit, which definitely deserves an honorable mention on this list.

Jo Ellen Pellman is a rising star since her appearance in Netflix’s “The Prom,” with her Golden Globes dress emanating the LGBTQ inclusivity of the film. The message of the Best Motion Picture-nominated film is encapsulated in this colorful gown, which is also serving spring vibes. The different sections tied together reflect the creative new possibilities of multicolor looks.