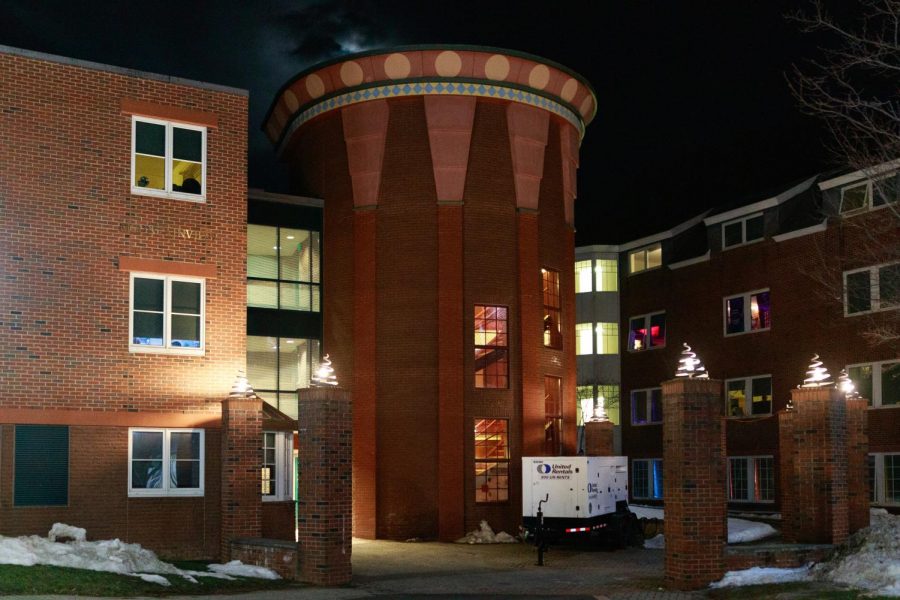 A Quinnipiac University student allegedly assaulted his roommate in the Mountainview residence hall resulting in a large laceration after an argument over a light early on Feb. 26, Hamden Police said Friday.

The injured student was taken to Yale New Haven Hospital to be treated for the slash on his neck. He was released from the hospital Friday, according to an email to the Quinnipiac community from Interim Chief of Public Safety Don DiStefano.

The student said his roommate allegedly assaulted him while he was sleeping, punching him in the face and cutting his throat with a knife, according to a news release from the Hamden Police Department.

BREAKING: Hamden Police responded to a report of a “possible fight between two roommates” on the Mount Carmel campus at 3:10 a.m. on Friday, Feb. 26.

One roommate punched the other while asleep and sliced his throat.

The investigation is still underway pic.twitter.com/jgWO8VmQuZ

Hamden Police responded to the incident on Quinnipiac’s Mount Carmel campus at 3:10 a.m. on Feb. 26. Hamden Police and Quinnipiac Public Safety negotiated with the roommate to take possession of the knife.

The alleged perpetrator was also taken to the hospital for medical treatment. DiStefano said the student has been suspended from the university “pending the outcome of the investigation and student conduct meeting.”

It is unknown whether charges have been pressed against the student.

Many Quinnipiac students were surprised by the news.

“I’m just shocked, I can’t believe that would actually happen to someone, and the fact that it happened here is just crazy,” said an anonymous Mountainview resident.

Kate Whitmore, a freshman nursing major who lives in Mountainview near where the incident occured, said it “a hundred percent” impacts whether she feels safe on campus.

“I was horrified,” Whitmore said. “Honestly, for that to happen right below me, I was honestly taken back that we weren’t made aware of the situation before (the email statement), especially being so close to the situation.”

Whitmore said she is glad Quinnipiac released a statement, but that the timing was poor.

“I think the timing is kind of irrelevant because the kid who committed this act has been removed, but I also think that there are details that they left out in the email, like how violating this was,” Whitmore said. “It didn’t compare to the Hamden police news report really.”

Olivia Kudrikow, a freshman health sciences major who lives in Mountainview, said she heard about the incident earlier on Friday and wished Quinnipiac had notified students of it earlier.

“I feel like we need to be more protective of the students and what they have going on, more so because if someone’s that bad that they tried to murder someone, something’s going on,” Kudrikow said.

Other students said they heard about the incident from one of their roommates after a professor was crying during class Friday.

“Our roommate texted our group chat and one of her teachers I guess got an email, and she was crying and they didn’t know why, so she texted us and she was like, ‘something happened,’” said another anonymous Mountainview resident.

This story is developing and will be updated accordingly.