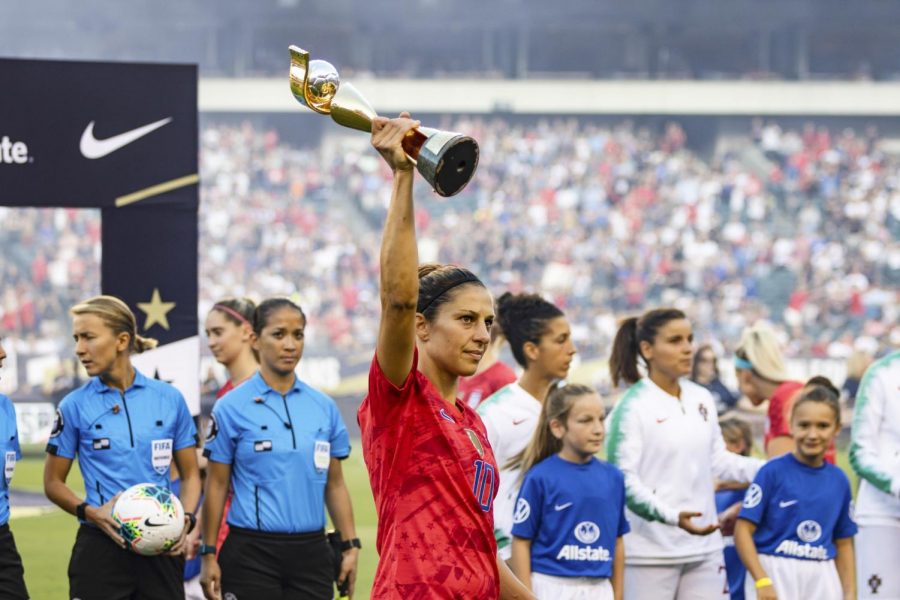 While students tend to plan their schedules one semester at a time, professors are betting that a new class will create interest years in advance.

Quinnipiac University is starting to advertise a new class for spring 2023, in which students are given the chance to learn about and experience the upcoming FIFA Women’s World Cup.

This Women’s World Cup is set to be the largest yet. In 2019, the FIFA council expanded the tournament to 32 participating teams, including the host countries’ teams.

While the class will discuss how historic this World Cup will be, the course was created for an entirely different reason. The idea for the class came out of a push by anthropology professor Hillary Haldane, to get journalism associate professor Molly Yanity to research in Australia. They both will be teaching the course.

Haldane plans to cover the cultural aspect of the World Cup and how Indigenous people are underrepresented on world teams. She also wants to cover the colonial legacy of many of the participants in the World Cup, which have been born out of “settler societies,” or permanent colonies settled and run by Europeans. Another focus of the class will be the history of racism and discrimination in the international soccer landscape. The professors will also  discuss the “political economy” of the FIFA organization, which has been plagued by scandals in recent years.

Another aspect of the course will concentrate on the media and the representation of sports, particularly women, in the media. Yanity will cover how the media covers professional players of both genders, and go in depth about sports journalism.

Haldane said that the class won’t be split between the two subjects, but instead utilized to fully flesh out the World Cup and its significance.

“I think we have very different and complementary areas of expertise around a common love for sports and women’s sports,” Haldane said.  “I think that students will get a lot out of the course from an interdisciplinary standpoint.”

There’s an additional significance to this class for Yanity, who has been researching, studying and experiencing women’s sports for decades. Just a week after the class was announced, Yanity sent the manuscript for a new book, in which she is a co-editor, to the publisher. The book, “2019 FIFA Women’s World Cup: Media, Fandom, and Soccer’s Biggest Stage,” will touch on many of the facets of the World Cup that the professors expect to teach in 2023.

This class won’t be Quinnipiac’s first interaction with the World Cup. Furtuna Velaj, who was born in Kosovo, played for the school’s women’s soccer team from 2008 until 2012. Now she plays for the Albanian national team and helped them advance into the main qualifying rounds for both the 2015 and 2019 Women’s World Cups. Crystal Dunn Soubrier, who plays fullback for the United States women’s national team and helped it win the 2019 World Cup, also has a connection to the school. Dunn’s husband Pierre Sourbrier played for the Quinnipiac men’s soccer team from 2007 to 2010.

Quinnipiac women’s soccer coach Dave Clarke, who also coached Velaj during her time at Quinnipiac, expressed his initial support on Twitter, joking that he “hoped to tag along for the trip.” Later, Clarke elaborated and said that the class provides “a great opportunity” for both students and soccer players.

“There’s an immense benefit. I’m one of those (people) that believes that all students should do a semester abroad,” Clarke said. “If they can get a class even for a few weeks or a month, it’s a great opportunity. There’s lots of room for personal growth and development.”

Cala McEllin, a first-year history major, is interested in the class because of the role soccer has played in her life and the world.

“I have played soccer forever, but I have also grown up watching soccer with my dad and that has been a large part of my life,” McEllin said.  “I really enjoy watching the U.S. women’s national team and I think that it is also really important to bring attention to them and what they do. Many members of the team have and continue to advocate for equal pay specifically between mens and womens sports and I just think that is really important.”