The dreamland could be slowly becoming a reality 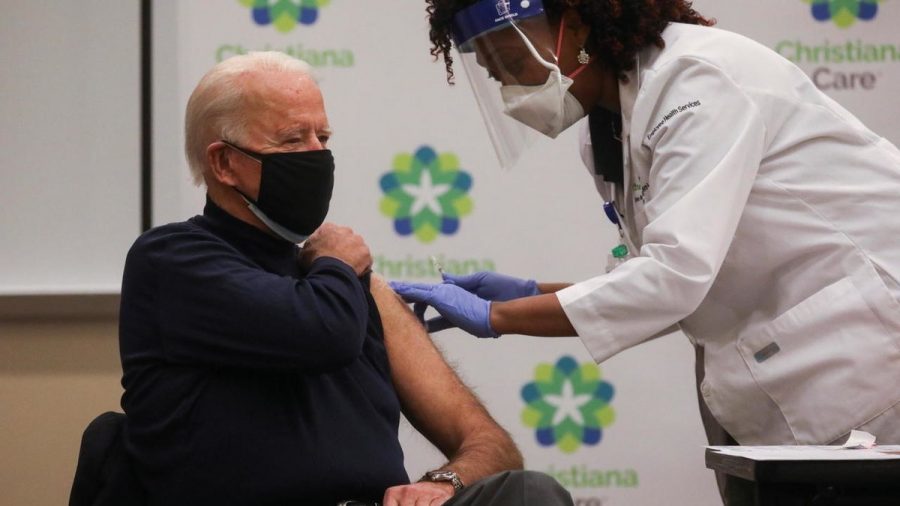 After urging Americans to receive the COVID-19 vaccine, President Joe Biden was vaccinated on live television.

The past few months have made people feel like they’re living in a world that’s straight out of a Hollywood movie. Only the film is stuck on one scene that’s being replayed over and over again. Yet, we are nearing the point when we can finally move on to the next scene because the battle of COVID-19 vs. humanity is coming to a close. The long-awaited vaccine has finally begun to be administered to the general public.

The country should try to make strides to move forward in a world that is unlike what anyone lived in pre-COVID-19. However, what could life have been if we didn’t have staggering death rates and have been forced into a global lockdown? We’ve become so accustomed to our new way of life that our old one seems like a faraway dream. Here’s the million-dollar question that’s been on the mind of so many people: what does the future hold for the world now that people are receiving vaccine doses?

The execution and rollout of the vaccine have been a bumpy ride — it was so controversial that President Joe Biden made a campaign promise that if he was elected into office, that there would be a vaccine plan in which he would have 100 million people vaccinated in 100 days. Now in the first 27 days of his administration, there have been more than 52 million people who have been vaccinated.

If the U.S. took a different approach toward the vaccine rollout from the beginning, America would be in the process of returning to a way of life in which there isn’t a lingering fear in the back of our minds. No longer is the thought that going to work, going on weekly grocery store trips or checking up on loved ones could result in a fight for their lives.

After the Donald Trump administration’s management of COVID-19, Biden announced to the suffering families and the divided nation that relief was on the way by making expanded testing sites, reopening schools and businesses in a safe and secure manner and providing support for communities that have been overlooked. Thus far, has he lived up to the promises he has made so far?

In his first week in office, Biden signed executive orders that formed the Council of Advisors on Science and Technology, composed a plan to begin reopening schools and provide an economic stimulus package.

After a struggle between both sides of the aisle, aid is soon to be arriving for families. But is it too late? In hopes of finding a glimmer of joy, people are celebrating stories like the one of a Texas teen who is giving up her college savings to support her mother financially, so she isn’t evicted. But there’s a heartbreaking quality to this story. We shouldn’t need children to feel like they have to put aside their education in order to support their families because they’re on the brink of losing everything. We shouldn’t even have reached the point in which this teen saw her college savings as the only chance for her mother to keep paying her bills.

In a perfect world, a majority of the population would’ve been vaccinated in a short period of time, and we would return to offices, schools, social events and normality. Actually, in a perfect world, we wouldn’t have had to deal with COVID-19 in the first place.

But instead of dreaming about what could have been, we can move toward making our predictions for the future a reality. A future in which we hold the new presidential administration accountable for the promises it made and we can look back at the pandemic as a time of growth.