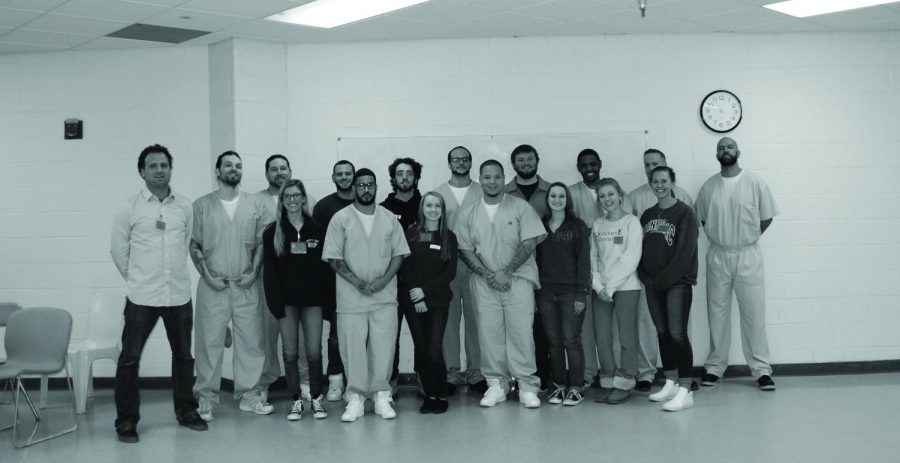 Before the pandemic, the Prison Project had a program called 'inside-out' in which inmates and Quinnipiac University students took classes together.

The Prison Project, a 10-year initiative of prison reform run by Quinnipiac University faculty, has received a $364,000 grant from the Andrew W. Melton Foundation.

The grant will be used to appoint a coordinator to organize the professors’ many projects.

“We’re just ordinary people with 24 hours in the day and regular jobs too, and so we don’t always have all the time that we wish we could dedicate to these things,” said Lynn Copes, associate professor of medical sciences.

Copes teaches one of the classes that the project has been running for York Correctional Institution in East Lyme, Connecticut. These classes (inside-out classes) were started by the project’s director and professor of criminal justice Steve McGuinn. They are unique in that students and inmates are able to learn side-by-side.

“We’re just trying to bring opportunity into the prison and try to also help students on the outside understand the criminal justice system and be able to reach across the divide that divides folks who are in prison from folks who are outside,” said Linda Meyer, another Prison Project founder who teaches law at Quinnipiac. “My goal was just to bring opportunities for higher education into the prison setting, but I also think that we’ve discovered that it’s a two-way street, that you learn a lot from reaching across the sort of cultural and experiential divides when you go into prison.”

The project offers a selection of courses. Copes teaches a class called “poverty and health,” which studies innovative ways to improve women’s health in prison. This course was offered to inmates and first-year medical students every spring and summer before the COVID-19 pandemic.

Copes became interested in prison reform after hearing a horrific story at a conference. She said a prisoner was taken to a hospital while in labor and was illegally shackled to the bed rails as she gave birth.

“That’s when I realized that I have some power as an educator,” Copes said. “And my goal is that no one graduates from med school and, if I can also make that from health sciences or nursing that would be great, without knowing this story, without knowing that they have the power to impact somebody’s life. I want (medical students) to never be able to claim ignorance, to claim that they did not know what the right thing to do in that situation was. So that’s my goal.”

As for the inmates, the classes are transformative as well. Because so many classes have been made available through the Prison Project, some inmates are close to completing their associate’s degree. Quinnipiac has partnered with Trinity College to ensure the inmates get credits for their courses.

In fact, the project has been able to keep in contact with some of the inmates through their re-entry research, run by McGuinn and Don Sawyer, vice president for equity and inclusion.

“You know you get the numbers, you get the percentages of who’s coming out who’s coming back in, but those numbers don’t necessarily tell you the story,” said Sawyer, who is also a professor within the school of sociology and criminal justice. “So we were doing qualitative work to find out the stories of the people who were experiencing the process of re-entry.”

Sawyer actually ran an “activist-informed theater project” called Re-emerge to convey to the public the struggles of those formerly incarcerated re-entering society. The former inmates took to the stage and told their stories.

“I took a bet that if people came and heard the stories of these men that it would be impossible for them not to be moved by their stories,” Sawyer said.

Collaboratively, the work him and his team performed was rewarded with at least three sold out shows.

“One of the things that people saw in their stories is that we talked about giving people a second chance but a lot of these men who we work with really weren’t given first chances,” Sawyer said. “When we look at the ways in which they were brought into the world and the circumstances they live within, a lot of them really didn’t have a first chance, and so, for them to come and be able to share their stories, you know they said it was therapeutic for them.”

As for the grant, all members on the team are excited to have a coordinator as it will hopefully allow for the expansion of projects and resources. This could provide for more inside-out classes, more student involvement in the re-entry research and overall more time for those in the project.

“We all care deeply about (the project), and yet we just don’t have the day to do everything we wish we could.” Copes said.

Overall, the grant allows them to continue their inspirational efforts as McGuinn explained about the prison process,