‘The Secret History’ is a classic novel in the making 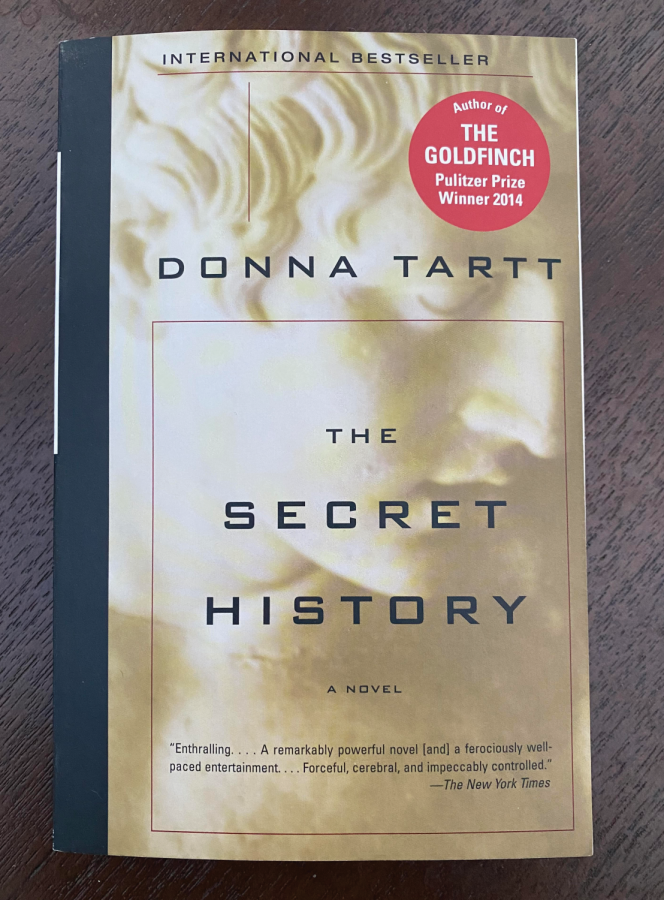 I made a goal to read more books in 2021. I did not expect that I would find a novel I would consider a favorite less than a month into my endeavor.

“The Secret History,” by Donna Tartt, follows Richard Papen as he transfers to Hampden College, a small, picturesque school in northern Vermont. The reader joins him as he bonds with his five classmates and his mildly-famous professor, Julian Morrow. Morrow teaches the six students about the classics, focusing on the Greeks and their ideas of beauty, life and fantasy.

The prologue begins with the murder and subsequent finding of Edmund “Bunny” Corcoran. The reader has no idea who Corcoran is or why the narrator and his friends murdered him, but it is a hell of a way to start a novel.

Throughout the novel, it is slowly revealed why Corcoran gets murdered. He is brash and, offensive and spends more money than he has. The reader begins to hate him just as much as the other characters do. I’ll admit that, even though I knew he would die, I was looking forward to it just because he was being such a terrible person.

The book has an intriguing cast of characters to complement Papen and Corcoran. Henry Winter is a young genius who speaks several languages and always has his nose in a book, Francis Abernathy is an old-money trust fund kid whose countryside mansion plays a significant role in the novel and Charles and Camilla Macaulay are twin orphans from a gothic mansion in Virginia.

All four of these students play a vital role in the events of the novel. Each one represents an old-money stereotype that feels natural at an elite countryside school like Hampden.

The reader follows Papen in a third-person limited perspective, meaning that they only know as much as Papen does. However, as he learns more about his friends and what they have been doing when he is not paying attention, the plot becomes so clear that you wonder why you couldn’t see it before it was revealed.

“The Secret History” almost reminded me of “The Great Gatsby.” Not in that it is pretentious or loved by every English professor and their mother, but because it is one of those novels that you will have a different experience each time you read it. There will always be more details to notice about the characters, the plot of the world that they are experiencing. I look forward to being able to read it again just to see what I missed in my first read-through.

I don’t think that there are words I can use that will perfectly convey just how good I think this book is. It is so intricately detailed, well-written and well-thought out that it ranks as one of my favorite books I have read of all time. I highly recommend that any book lover or thrill seeker take a look at “The Secret History” and all that it has to offer.