Binge-watching through the boredom 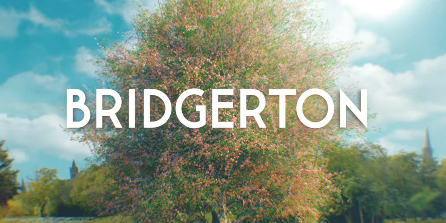 Some Quinnipiac University students have resorted to watching the new Netflix originals to defeat boredom in their dorm room. After consulting with students, here are four must-see shows.

The show’s plot takes place during Regency-era London, following a prestigious family with multiple storylines revolving around looking for love —an adaptation of the novel, “The Duke and I” by Julia Quinn. The first season of the show focuses on Daphne Bridgerton, the eldest sister.

Lady Whistledown, voiced by Julie Andrews, is an anonymous writer who proclaims Daphne to be a “diamond of the first water,” which means she is a woman of beauty. The phrase originates from a technical term to describe a diamond’s purity. This phrase gives Daphne an advantage to find a well-rounded husband.

If you look past all the romance, “Bridgerton” has other underlying qualities many can appreciate such as people of color holding high-status roles and feminism. Daphne’s sister Eloise wishes to attend a university and enhance her education, but Daphne fights against her brother, Anthony, and his misogynistic views. For being a historical drama, the show is in tune with modern culture.

“It’s very similar to the popular show ‘Gossip Girl’ which I know many people who enjoyed it,” said Juliana Kenna, a first-year film, television, and media studies major.

The author of the No. 1 bestseller “Gossip Girl,” Cecily Von Ziegesar, took inspiration from Quinn’s novel. The character Lady Whisteldown in Bridgerton will remind fans of Kristen Bell, narrating as “Gossip Girl.”

Previously a YouTube Red Premium show, “Cobra Kai” is an action-packed comedy sequel of its 37-year-old predecessor, “The Karate Kid.” As the show transitioned ownership to Netflix, it quickly became first on the streaming service’s top 10 list in 2020.

“Cobra Kai” takes place 35 years after the movie as Johnny Lawrence (William Zabaka) turns into a deadbeat dad and an alcoholic. He reflects on his championship loss against Daniel Larusso (Ralph Macchio) and blames him for his downfall.

Lawrence begins his redemption arc by becoming the new Miyagi. He mentors newcomer Miguel Diaz, as he is bullied similar to Larusso in the original movie. The show has many flashbacks and gives a new generation a chance to enjoy a cult classic.

“There was something for everyone. It’s easy to watch and action-packed,” said Jillian Catalano, a first-year public relations major.

“Cobra Kai” caters to various audiences as it has action, comedy, drama and hints of romance. The show has three seasons to binge during all of these snowstorms, and Netflix announced it would return with a fourth season in October 2021.

Based on the 2004 Nickelodeon animated series, “The Winx Club,” Netflix re-adapted this childhood fantasy into something more sinister. Bloom (Abbey Cowen), a changeling fairy raised by human parents, has to adjust to her new life in the Otherworld, where she must learn how to control her powers. She also discovers some dark secrets along the way.

On Jan. 23, “Fate: The Winx Saga” was the first TV show (and Netflix Original) to dethrone “Bridgerton” for the first-place title on the streaming platform.

Some people have been skeptical about watching the show due to the fact it is about fairies. However, the show carries itself in a darker light similar to “The Vampire Diaries.”

“I like that the show was portrayed in a way that wasn’t cheesy because I was a little unsure if I would like it when I saw it was about fairies, but it ended up being really good,” said Sydney Nelson, a first-year health science studies major.

The good comes with the bad as “Fate: The Winx Saga” has white-washed two crucial characters so far, leaving some fans upset. Netflix still has yet to decide if the show will have a second season.

A psychological thriller that premiered on Netflix in 2018 and has been renewed for a third season sometime in 2021. Joe Goldberg (Penn Badgley) is an awkward, yet charming bookstore manager who meets Beck (Elizabeth Lail), an aspiring novelist, but his fixation on her is more alarming than flattering.

Season one definitely toys with the audience’s mind as it has you oddly rooting for Goldberg because you learn of his vulnerabilities and notice he sometimes displays acts of kindness. The show by all means isn’t for those who can’t stomach horror.

“It was a little intense and quite scary sometimes. I couldn’t finish an episode,” Catalano said.

I enjoyed watching the series and have been waiting for the show’s anticipated release date. “YOU” has a lot of plot twists to keep its audience on edge and returning for more. The actors also portray convincing characters which leaves the audience confused on who to side with.

If you’re not into thrillers, this show may not be for you and if you’re semi-convinced, try watching it with a roommate and guess what will happen next in each episode to lighten the mood.