The Weeknd, under the lights

Super Bowl LV halftime show was one of my favorites 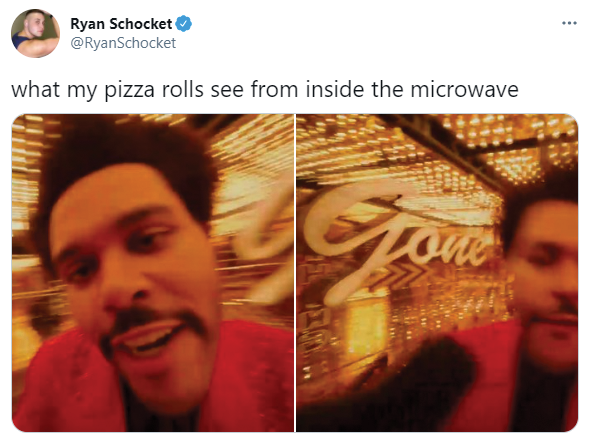 It is safe to say that Tom Brady winning his seventh ring was not the only notable performance during Super Bowl LV.

The Weeknd put on an absolute spectacle during his performance, and it was certainly unique in comparison to past halftime shows. I enjoy his music so when it was announced that he was performing, I was thrilled.

It was evident that the amount of effort put into the sets along with the subliminal message his back-up dancers portrayed were all very calculated. Throughout the year, The Weeknd had been sporting a look that left many people confused.

He has been spinning somewhat of a tale in the past year, dating back to when he had public appearances in March, by having bruises or cuts on his face. Eventually this evolved into him posting a picture of him wearing a bandage on his face followed by what looked like extreme plastic surgery. He explained in an interview with Variety that he was portraying a persona he called, “The Character.”

“The significance of the entire head bandages is reflecting on the absurd culture of Hollywood celebrities and people manipulating themselves for superficial reasons to please and be validated,” The Weeknd told Variety.

The beginning of the show was truly amazing, as it seemed as if he was sitting right in the middle of the vibrantly lit Las Vegas Strip — a place where his music videos for his newest album, “After Hours,” told the story of a man (The Character) having some sort of a meltdown.

I can honestly understand why people did not appreciate his performance. If you do not follow him closely, you are unaware of the background and the underlying meaning of all the wardrobe and sets. I think he did a great job showing off his vocal abilities as he minimized the number of times he let the background track takeover, and it seemed as if he used little to no autotune.

When we think of the Super Bowl halftime performance, there is always anticipation like it is Christmas morning waiting to see what we get from Santa, but we are waiting to see who the insanely famous guest performer(s) will be. However, there were none this year.

I think that can be attributed to a couple factors, the first being of the nine songs he sang, only two feature other artists.The second reason that I have concluded would be the fact he wanted to continue the everlasting storyline of “The Character” which he most likely did not foresee any guest being able to help improve the journey.

I enjoyed the choir that helped ease us into the performance at the beginning as it gave the show a lighthearted vibe. The backup dancers that were stationed behind him on the wall on what looked like a darker cityscape was a great touch because, if you do not know already, The Weeknd is not a dancer by any means. The closest thing to him dancing was the couple shimmies he provided during the show.

The Weeknd’s limited dancing is something that I would pinpoint as the main reason people were not a fan because in the past, we have had performers such as Latin icons Jennifer Lopez and Shakira who are both polished dancers. Justin Timberlake and Beyonce are also both skilled dancers. By having so many artists who are capable of dancing and singing, I think fans have come to expect to see that during the halftime show.

The backup dancers and performers were all fluid and in sync throughout the performance. I enjoyed the violin accompaniment for the songs, but the people on stage were unfortunately not actually playing. Former fiddler of The Band Perry, Jason Fitz, pointed out that he noticed none of them were actually playing and were more just there for the ambiance of those specific scenes. I think it would have been spectacular if they were playing, but I am sure the budget was most likely put into the sets, as it was also reported that The Weeknd spent $7 million of his own money to help illustrate his vision.

As a fan of The Weeknd, I knew that he would not be dancing, but I think he made up for that with the camera that was extremely up close to him that seemed as if he was carrying and his incredible vocals. The finale on the field with him and the dancers, who were all dressed as “The Character,” was fun to watch as the dancers were precise and chaotic but in an amazingly organized way.

The halftime show ends with The Weeknd hitting a high note, and, honestly, I would consider his entire performance as the high note of the night. I enjoyed the performance more than other halftime shows in the past because if I go to watch someone sing, I do not want to watch them dance for the majority of the time.

I was pleasantly surprised with the evolution of “The Character” and also very much a fan of his singing and performance as a whole.