Three in the Key: Cancellations affecting teams ahead of the MAAC tournament 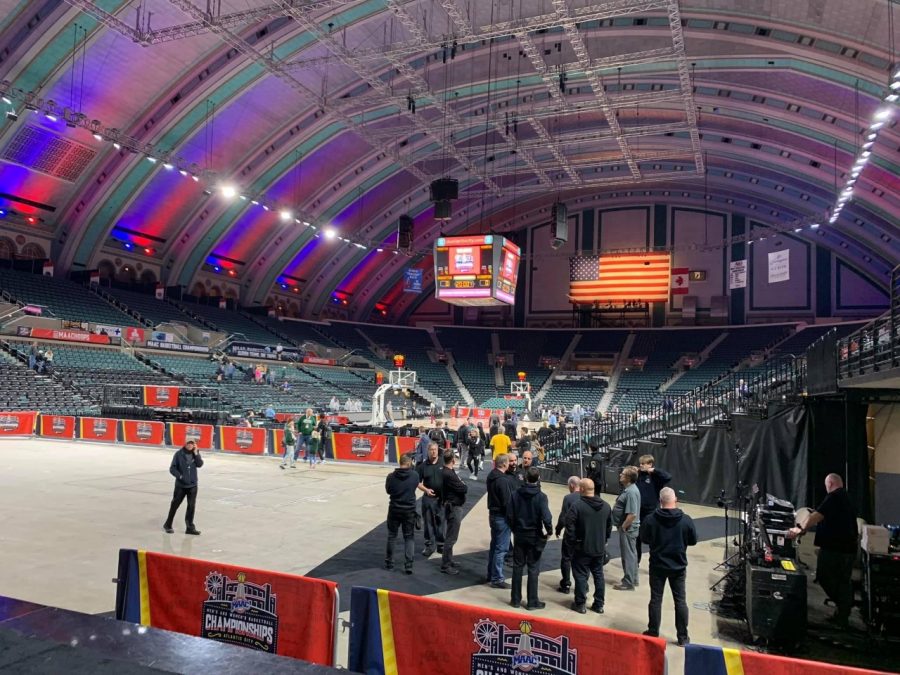 On Thursday, March 12, 2020, the MAAC shut down its annual college basketball tournament and canceled spring sports for the 2020 season.

That yearly tournament is nearly upon us once again, and MAAC games are being canceled and rescheduled every week due to COVID-19.

It’s becoming increasingly difficult for teams on both the men and women’s side to meet the NCAA’s minimum of 13 games to enter the NCAA tournament.

“You would hope that you could still have that opportunity,” Niagara women’s basketball head coach Jada Pierce said. “The risk you run is, let’s say God forbid we don’t, we’re one or two games short. We get in the (MAAC) tournament, we catch fire and we win the thing. And let’s say we don’t have enough.

“So, now your conference champion tournament — tournament champion — doesn’t have enough for the (NCAA tournament). Now, it’s like now what do you do. Is there going to be — would there be an exception?”

The Niagara women’s basketball team has fallen victim to the numerous MAAC cancellations and postponements. The Purple Eagles have played just four games this season out of the originally scheduled 12 games so far. Nevertheless, they have six upcoming games and six postponed games to play, which would bring them to the required 13 games.

So, Niagara has a chance at qualifying for the NCAA tournament. However, the Canisius women’s basketball team will not under the current regulations. The Golden Griffins opted to forego the rest of their regular season, having only played five games. That’s significantly fewer than the required amount, putting NCAA and MAAC officials in a situation in which they may have to alter regulations.

Regardless, the conference tournament will be held. Every MAAC team except for the Canisius women’s basketball squad are continuing their seasons as planned. The MAAC tournament is scheduled for March 8-13 in Atlantic City, New Jersey, at the Jim Whelan Boardwalk Hall.

Nevertheless, teams will come into the MAAC tournament with different levels of momentum. Barring any more schedule altercations, Niagara women’s basketball will play 12 consecutive games before the tournament. Canisius, if it partakes, will not play any.

The difference in momentum can dramatically affect the outcome of the tournament, favoring the team’s with the most reps throughout the season. Pierce acknowledged this when the team played Iona, who had played seven games to Niagara’s one. Still, she knows that any team has a chance to win and is excited about the upcoming conference tournament.

“But I think just knowing that an NCAA tournament berth is on the line and you feel like anybody has a chance, especially in a year like this that everyone has an opportunity, I think that is the level of excitement — that’s why they’re like ‘We want to play,’” Pierce said.

In terms of Quinnipiac’s teams, the women surpassed the necessary 13 games, while the men sit at 12 games played with over a month to go. Both will qualify for the NCAA tournament, but the heights they’ll reach are determinant on whether they can stay healthy and play games without multiple road bumps. Having a sound schedule is paramount to success.

“It’s definitely tough with all these cancellations because of COVID, and you just never know who you’re playing next,” Quinnipiac women’s basketball freshman guard Jillian Casey said. “So just a consistent schedule is great.”

Junior guard Mackenzie DeWees had similar thoughts to Casey and went on to say how in-game action is the best opportunity to learn. That said, with teams facing cancellations around the MAAC, they lose out on valuable learning experiences.

“You can imitate games in practice, but until you get in those games, that’s where you really learn,” DeWees said.

With this in mind, teams such as Quinnipiac that have been able to consistently play without pausing operations will have the advantage in Atlantic City. The rust of a team that hasn’t played in weeks will be evident in must-win playoff games.

Though, if a team finds itself stuck in quarantine or on pause, keeping the team engaged with activities via Zoom while focusing on mental health has been a priority.

“I think for us, we just keep reminding ourselves that like ‘Hey, alright we’re in quarantine or we can’t do this, we can’t do that, but we get a chance to have a season.”

Amid the numerous cancellations and postponements, the season is still intact and the tournament is just around the corner. MAAC teams will be eying redemption after having their chances at hoisting a trophy cut short due to COVID-19.

“I know for everybody who was able to come back this year, I know that they’re making the most of every single day that they get to go out there because they know that any day could be their last,” Pierce said.