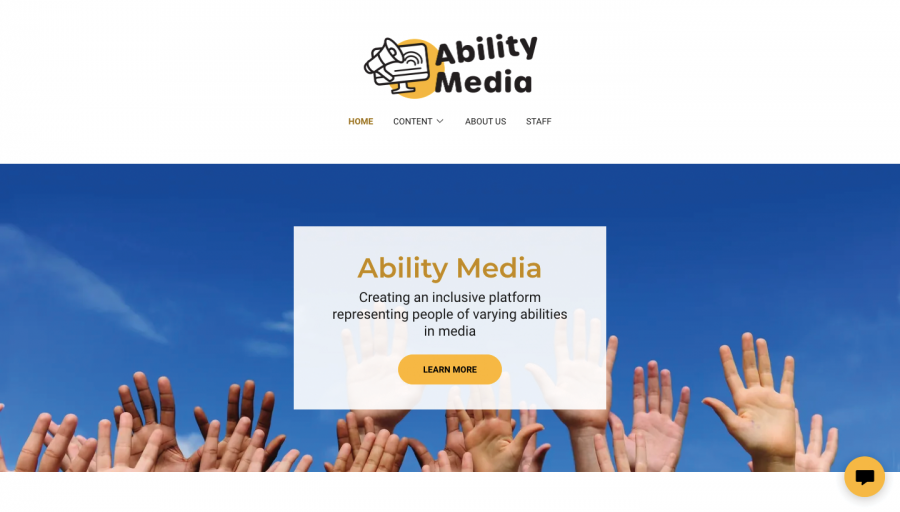 Stevens has been hired as a “professional in residence” to help head Ability Media, a new website focused on representing the disabled community. He has been a part of the   media industry for over 20 years at organizations like ESPN, KSTP-TV in Minneapolis and The Disability Channel in Canada. He has covered 14 Super Bowls, including Super Bowl LV, and has helped run baseball camps for disabled children since 2016 through the Disability Dream and Do Foundation.

According to its website, Chris Roush, dean of the School of Communications, and Stevens created Ability Media to “address a pressing need across all forms of media — the lack of representation of people with different abilities.”

The group will be producing several forms of media, including long-form articles, television packages and podcasts. The content will focus primarily on representing people with disabilities and their achievements, but some of it will be made by people with varying abilities and a handful of interns from the School of Communications.

While the organization is just beginning to produce content, Stevens and theQuinnipiac interns have started to ramp up production. Some things that they have released so far include two articles, videos surrounding Stevens’ coverage of Super Bowl LV and a photo gallery. All of Ability Media’s content is published on its website, which was designed by Victoria Lorenz, a second-year 3+1 graphic and interactive design major. Lorenz has dyslexia, which makes her work with Ability Media even more special.

“Having a group dedicated to (diversity) is really exciting, especially for disabilities, because most of the time everyone’s walking around campus,” Lorenz said. “You don’t really see anyone with different physical abilities or abilities that you can’t look at someone and know that it’s there …  and I’m excited to meet other people that I can relate to more through Ability Media.”

One of the more substantial projects that Ability Media has in the works is Ability Media TV, an “ENews” style show being directed by junior film, television and media studies major Alessandra Varon. There will be multiple segments to the show, including news, roundtable interviews led by Stevens and short films created by Quinnipiac students. Topics will vary from athletics to feature stories about people living with different abilities.

“I just want to help cultivate a space of entertainment where people who represent such a large part of our population do not feel like they’re underrepresented,” Varon said.

According to the Center for Disease Control and Prevention (CDC), about 26% of all Americans live with some sort of disability. In contrast, the Geena Davis Institute on Gender in Media found that approximately 8% of films released in 2019 had a main character with a disability.

Additionally, less than 2% of people who work in media have some form of disability, according to Ability Media’s website. The organization also plans to host a summer camp for differently-abled high school students who are interested in career paths in broadcasting and other forms of media. They want to do this to promote these areas as more diverse career possibilities.

While its goal is ultimately to help others, it has also been a rewarding and beneficial experience for the students involved in getting Ability Media off the ground.

“I’ve learned so much already and it’s been really good for my confidence in my own abilities,” Varon said. “I just feel like I’m using my passion for entertainment and for media in a way that’s going to benefit an underrepresented group of people, which at the end of the day, I couldn’t ask for more than that.”