Bringing power back to the people 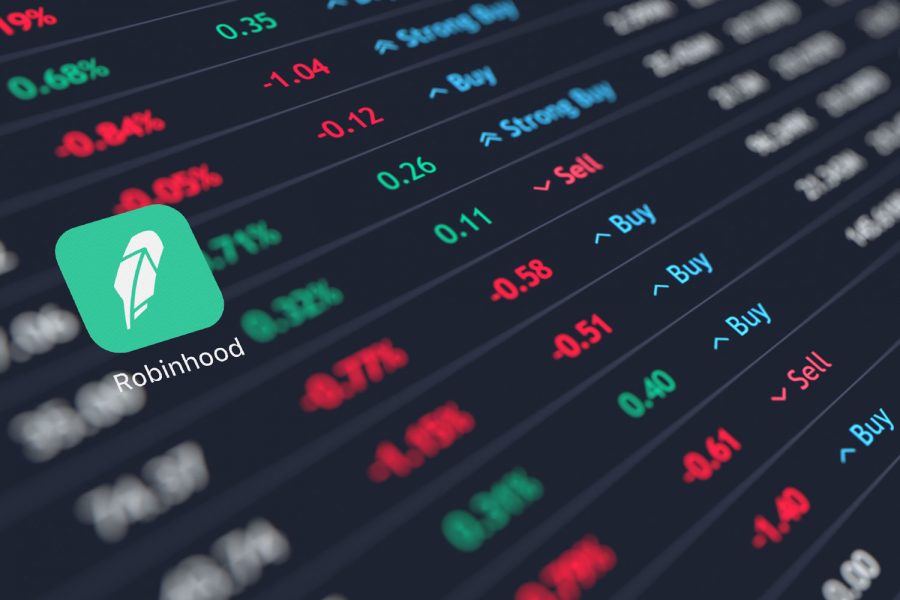 Robinhood banned common people from investing in certain stocks like GameStop to allow hedge funds to escape the situation they created.

The stock market wasn’t leading headlines last Monday. But within 48 hours, papers, TV stations and Twitter pundits lost their minds over a small retail store that hadn’t been relevant since you last wanted to get a couple extra bucks for your old Nintendo DS games.

Last Tuesday, GameStop (or $GME in Wall Street lingo) rode the crest of the largest black swan event in recent memory. After opening at just $95 per share on Tuesday, Jan. 26, $GME had a successful day and closed at $146. The next morning, it shot up to $342 within minutes of the market opening, fueled by stimulus checks and a free trading app called Robinhood.

Day traders and retail investors, armed with just a public message board, flipped Wall Street’s decades-old pump and dump scheme on its head. The same hatred for insider privilege seen in the Occupy Wall Street and Tea Party movements a decade ago finally had a competent plan, albeit in the hands of Reddit.

Wall Street fat cats got tangled in their own velvet yarn — a refreshing change from the broken system that envelops the finance sector.

The populist gamer uprising took the stock market by storm and their beloved GameStop stock skyrocketed more than 250% in just two days of trading.

This is all possible thanks to the unwise investments of Melvin Capital, who shorted more $GME stocks than what actually existed. By now, you may have heard that “shorting” a stock is betting that the stock will go down. While true, it does not give the full picture.

The first step of shorting a stock is taking a loan of stocks from a broker. Then, the trader sells those shares in the open market. Once the price drops, the trader buys them back for pennies on the dollar. The trader closes the deal by keeping this profit and returning the stocks to the broker. If you’ve heard of the phrase “buy low, sell high,” think of shorting as “take a loan, sell high, buy low and return the loan.”

This is where the infamous r/WallStreetBets comes into play. It discovered that if the stock rose even a few dollars, Melvin Capital’s bet would crumble. No matter what the stock price was, Melvin Capital’s short contract required them to buy back the shares. So, the redditors bought and bought, driving the price higher and higher.

“On any kind of fundamental basis, if the stock were worth more than $20 or $30 I think it would be something to behold,” said CNBC’s Andrew Sorkin as GameStop fell from $340 to $325 and bounced back again. “There is nothing normal about what you’re seeing when it comes to this stock right now.”

When the market closed and the big green $347.51 flashed next to $GME, it did not represent the value or potential future earnings of the company. For a brief moment in time, a stock represented something more than money. It meant disgust at the system. It meant retribution for 2008. It meant empowerment.

Instead of making millions on the deal of a lifetime, Melvin Capital lost billions to Reddit users like u/deepfuckingvalue. Reuters estimates that the entire short-seller market lost upwards of $70 billion.

Then the unthinkable happened. TD Ameritrade banned $GME trading on Wednesday. Robinhood followed suit and expanded the ban to other heavily shorted stocks like BlackBerry, Nokia and AMC Theatres. In the blink of an eye, r/ WallStreetBets’ club vanished.

“Amid significant market volatility, it’s important as ever that we help customers stay informed,” Robinhood’s official statement read. No one in the company seemed to notice that banning consumers from buying GameStop flew in the face of their mission statement to “democratize finance for all.”

In other words, Robinhood believes in free markets but doesn’t think its consumers are smart enough to navigate it. This move was clearly designed to stop the price rising and benefit the hedge funds.

Robinhood and others lifted the ban on $GME and other stocks on Friday, but by then, the damage had been done and the moment was lost. Funds like Melvin Capital were able to cut their losses and sold out of their short positions before the stock rose any higher.

This is a mask-off moment for the finance class and the Washington, D.C. regulatory regime. When both Nasdaq Inc. CEO Adena Friedman and the Senate call for regulating small trades, the little guy is guaranteed to get screwed.

Pleas from financial and political insiders like Friedman to allow the market to “recalibrate” are no more than an excuse to get out of dodge.

Oh, and nevermind that United States Secretary of theTreasury Janet Yellen took $810,000 in speaking fees from the firm that bailed out Melvin Capital.

Acting as fast as a federal agency could, the Securities and Exchange Commission (SEC) declared they were here to save the day and “protect retail investors” by limiting their “abusive or manipulative trading activity.”

When a few thousand redditors all buy a stock, it’s market manipulation. When Melvin Capital shorts stocks and actually manipulates the stock price, it’s just another day on Wall Street.

The main complaint from financial insiders is that r/ WallStreetBets constitutes collusion between traders and allows for easy market manipulation. If brought to court, the judge will likely agree but would necessitate ignoring all coordination between insiders.

Last week, America saw the regulatory leviathan in D.C. and New York act in real time as they crushed a revolt against one of their own. Practically every relevant financial institution from the SEC to the CNBC opinion pages coordinated to “protect” the little guy from himself.

Every once in a while, David’s aim is true and he hits Goliath. A few hundred investors on r/WallStreetBets brought down a hedge fund with $13 billion in assets. It’s just sad when you realize how big Goliath really is.