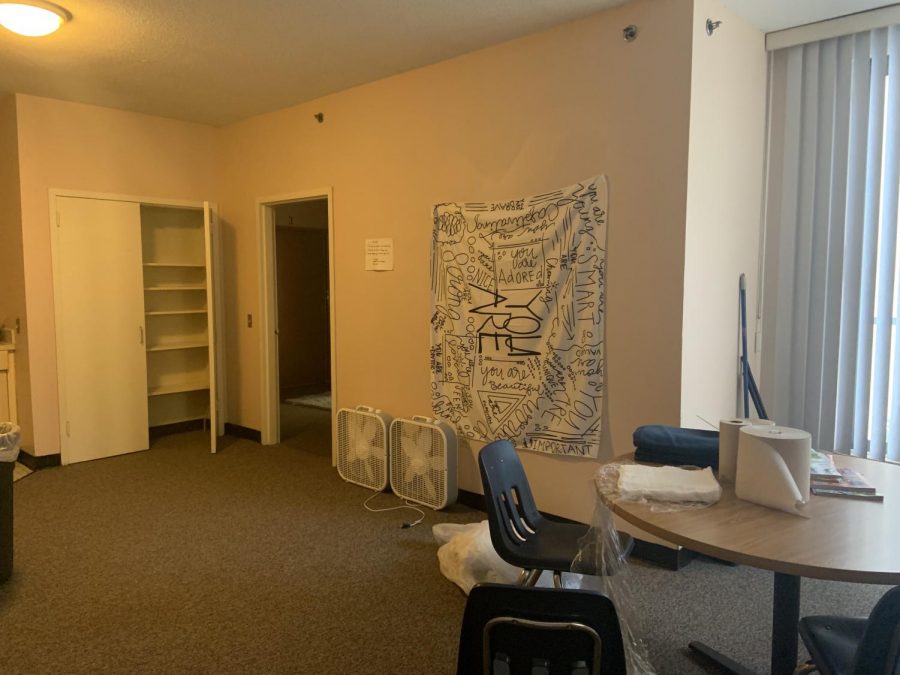 After a series of difficult events that took place in January, I could not return to campus until after my assigned move-in date.

I fully expected that I would have to follow some different procedures for my return since I would be arriving during the campus-wide containment period, but what I didn’t expect was how difficult it would be to get this necessary information.

Once I learned I would have to return late to campus, I called Residential Life. The person on the phone said they had no information on how the process would work, but that I should email Residential Life so someone would know to get back to me.

The next day I heard back and was told I would have to arrive on a testing day because I would need to receive a COVID-19 PCR test immediately upon arrival. I was also informed that I would need to stay in quarantine housing until my results came back, which would be approximately two days.

I remember thinking how organized the process seemed. I was dead wrong.

I wanted some more information about how those two days would go as well as what I exactly needed to do when I arrived on campus, but three of my emails were ignored for four days.

Finally, I heard back again and was told that the original plan of staying in quarantine housing was still what I had to do, but I was also informed that I would not be able to bring my belongings to my actual residence hall.

I sent another follow-up email asking what the policies were for living in quarantine housing and if it would be different during the campus-wide containment period.

I never heard back.

At this point, I started to sense that there wasn’t a clear plan for students moving in late. This feeling became a fact when I called Residential Life and after each question I asked, the worker responded with, “I’m not sure, I’ll get back to you on that.”

I don’t know if there were more people than expected moving in late so the organization wasn’t properly prepared, but it was frustrating on the student side to not know what was going on.

I called back the next day and no one answered. I left a message and no one got back to me.

I planned to move in on Jan. 28, and the morning of Jan. 25, I was still not fully aware of what the procedure would be.

Later that day, I received an email that said I would have to stay in quarantine housing for seven days after getting a rapid test at the school and a PCR test.

I called Residential Life since I was confused as to why the plan changed so suddenly and drastically.

No one answered, but they got back to me the next day. The person I spoke to was very nice and explained a lot of the information to me.

My issue with this experience was never the attitude of anyone I spoke to, it was the fact that it was so difficult to get in contact with people. On top of that, half of the time I got in contact with someone, they didn’t have the information I needed.

I understood that they weren’t intentionally being confusing, but during one of the more difficult weeks I’ve had, it would have been nice if the school was more prepared. I was dealing with a family emergency and the last thing I needed to do was have to constantly contact people at the school for updates.

I was informed that the COVID-19 task force made its final decisions on late arrival procedures on Jan. 26, two days before people were set to arrive.

Other people I spoke to that were arriving late said they were just as confused as me and expressed similar communication issues.

I noticed that this seems to be a repeating theme at Quinnipiac University. Students frequently complain about how difficult it is to get in contact with the right people.

Over the past summer when housing assignments came out, people were not placed where they originally signed up to live. As the Chronicle reported, students had a difficult time getting in contact with the university to remedy their situations.

My experience is just another example of how the university needs to improve its communication.

I would have been satisfied if someone let me know in an email that Residential Life was working on arrangements and would have the final plan on a specific day. That would also probably limit a lot of frustrating conversations with students and parents.

Once the plan was finalized and I arrived on campus, there weren’t too many issues. Getting tested and moving in wasn’t complicated, but there were still things I was not informed of until I arrived.

I was not aware that I would be living with other people in quarantine housing. I was surprised when I found out since it seemed to go against everything Residential Life was telling me about why I had to live there for seven days.

If the point was to not infect my suitemates, I wasn’t sure why infecting these people was better.

I know that if I moved back into my suite, I would be disturbing their containment, but it would have made much more sense if I lived in quarantine housing alone.

After I moved into my containment housing, I found out that I was getting another PCR test on my seventh day and will actually be required to stay until those results returned .

Even though Residential Life said it was seven days in containment, it’s realistically eight or nine.

Again, none of this is a complaint about following COVID-19 safety protocols. Having a containment period is a smart decision, but the plan for late arrivals was contradictory at points.

I was supposed to be put into this housing for seven (but actually eight or nine) days to prevent the spread of COVID-19 to my suitemates, but I was moved in with five other girls I could potentially infect or get infected from. They all moved in the same day as me and had the same tests I did, but if we’re all waiting to see if any of us were incubating the virus, why would it make sense that we could infect each other?

Overall, I think the university is doing its best to keep the students safe, but there could definitely be better planning and coordination to make the process less confusing and overwhelming.