SGA elects its new VP for public relations after a resignation 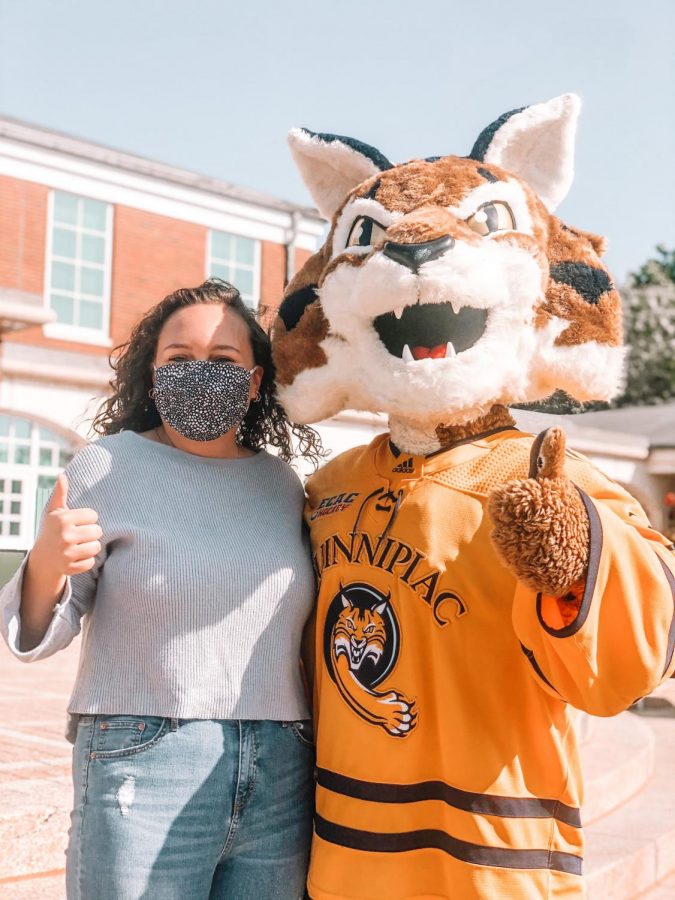 The special election happened weeks after former SGA Vice President for Public Relations Jamien Jean-Baptiste stepped down on Jan. 1, due to personal reasons he did not want to disclose. He assured that it was an amicable split.

Osborn, who has been in the SGA since she came to Quinnipiac University, is in her last undergraduate semester in the 3+3 health science/doctor of physical therapy program.

“I am very excited to serve in the position for the spring semester,” Osborn said. “For the past (two and a half) years, I have been a part of the (SGA’s public relations) committee and this is an excellent opportunity to step into a leadership role in the organization.”

Her goals for the position are to continue her predecessor’s work, as well as begin to implement new ideas of her own.

Even though Jean-Baptiste resigned, he said he plans to stick around informally to ensure a smooth transition and to still be the voice of Quinnipiac students.

“I still plan on advocating for the student body, because that is the reason I signed up for student government,” Jean-Baptiste said. “I think it’s a matter of recognizing that advocacy isn’t just limited to that organization, it can exist in multiple avenues so I’m excited to see what that will look like for me in the future.”

During the three semesters Jean-Baptiste was in office, he said his biggest accomplishment was rebranding how the SGA markets itself and its initiatives on social media.

With many events happening in the spring semester including a general election at the end of the year, Jean-Baptiste passed on advice to his successor.

“The biggest challenge is really getting the student body to engage with all those things, so I think increasing the avenues that we use to reach out to the student body would be my biggest advice,” Jean-Baptiste said. “At the end of the day, we could have really cool events, but if no one shows up, that is a direct fault of PR.”

SGA President Sophia Marshall said in a statement provided to the Chronicle that SGA members are incredibly thankful for Jean-Baptiste’s time and creativity during his service on the executive board.

“(We) are also very excited for what the future will bring in ushering someone new in to bring fresh and exciting ideas to help serve the student body,” Marshall said in the statement.