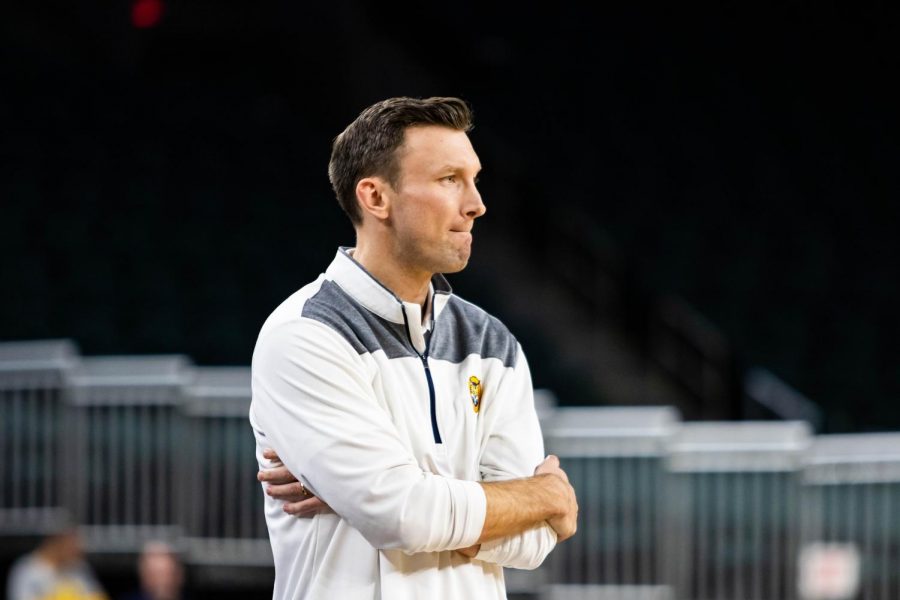 After a 50-minute, double-overtime win on Friday night, the Quinnipiac men’s basketball team fell to the Manhattan Jaspers 45-42.

“We competed today, obviously we were a little tired, (but) that’s not an excuse,” Quinnipiac senior forward Jacob Rigoni said. “We got to work on stringing a full 40 minutes together.”

Despite a close 24-23 game at halftime, Quinnipiac was outshooting Manhattan 36.4% to 25.8% from the field. Additionally, Quinnipiac reached the free throw line far more, knocking down 7-12 to Manhattan’s 3-5.

A key difference was the difference in opportunities as Manhattan had more overall than Quinnipiac. The Jaspers attempted nine more field goals and 10 more 3-pointers — making three more from distance than the Bobcats. That alone was enough to outweigh the shooting disparity.

And this trend continued throughout the second half. The Bobcats ultimately finished the game shooting 14-44, while Manhattan shot 17-60 from the field. The Jaspers also led with 6-23 3-pointers to 3-16.

“In terms of the points scored, we got a lot to work at in terms of being a little bit more of an execution-based offense and getting better shots,” said Baker Dunleavy, Quinnipiac men’s basketball head coach. “Part of it is that they’re really well-coached defensively, and we got to find our rhythm and our roles offensively a bit better.”

Aside from opportunities, the Bobcats struggled in the turnover department. They turned it over 15 times, 10 of which came in the second half. The Jaspers, on the other hand, only turned it over six times all game.

“They’re an aggressive defensive team, and at times we probably did get a bit too stagnant and the ball stuck a little bit and we were a little out of control, and that’s where our turnovers come,” Rigoni said. “But, we’ll keep working on our fundamentals at practice, getting into the paint and making the right plays out of there. It’s not just the guys with the ball, it’s the guys moving without the ball.”

Next week, the Bobcats continue their MAAC schedule with a two-game slate against the Monmouth Hawks on Friday and Saturday, Jan. 15 and 16.

“If you practice Monday through Thursday, you get four days to dedicate to one opponent which is great,” Dunleavy said. “And then on the back end of it, it’s unique that you got a less than 24-hour turnaround. I think the main thing on the back end is really, as a coach, trying to value and prioritize recovery. Even after a disappointing loss, we’ll take tomorrow off and really prioritize our guys’ legs, so we can have a productive week of practice.”