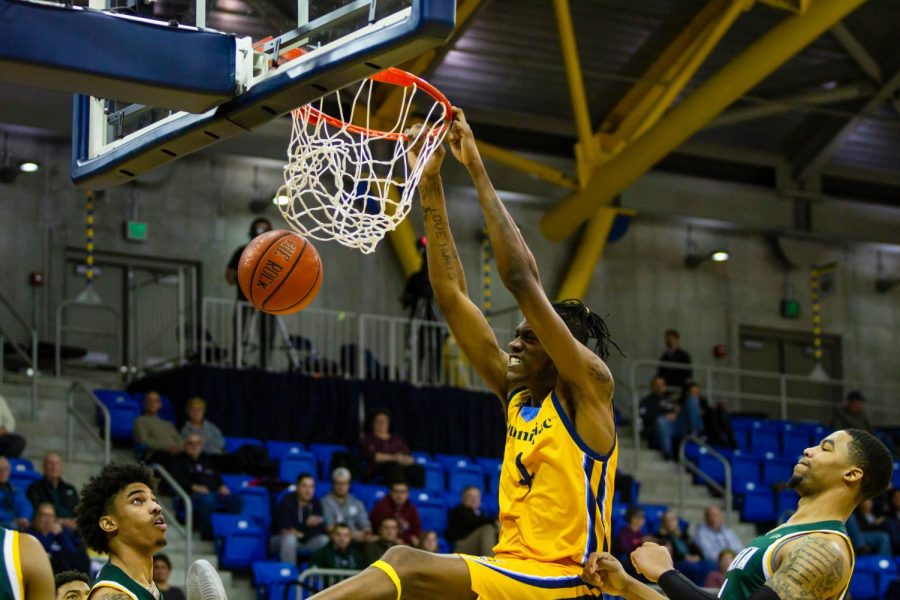 It may have taken two overtime periods, but the Quinnipiac men’s basketball team churned out a win in its first game in over a month. The Bobcats defeated the Manhattan Jaspers 84-79 on Friday.

Nine minutes into the game, however, it didn’t look like it would be a gutsy game. The Jaspers (2-4, 1-4 MAAC) started 0-10 from the field, scoring their first bucket around the 14-minute mark, and the Bobcats (3-2, 1-0 MAAC) led 19-5 with 11:06 remaining in the first half. Additionally, Quinnipiac entered the bonus about 10 minutes into the first half.

Nevertheless, Manhattan fought back to close the gap to only four points. The Jaspers finished the half on a 28-18 run courtesy of junior guards Marques Watson, Samir Stewart and Ant Nelson’s 10, eight and seven first-half points, respectively.

The Manhattan offense continued to strike in the second half, as the Jaspers took a 11-point lead with 6:25 remaining while shooting roughly 50% from the field in the second half. The Bobcats, on the other hand, shot roughly 26% — a turnaround from opening minutes.

“Manhattan is a really well-coached defensive team, and you look at their numbers (since Manhattan men’s basketball head coach Steve Masiello) has been there … their 3-point defense is tremendous,” Dunleavy said. “I thought we got some good looks, despite that and missed them.”

Despite a tough shooting stretch earlier, the Bobcats improved their offense for the remainder of the half, and even took a 64-61 lead with 31.9 seconds left off freshman guard Tymu Chenery’s corner 3-ball. However, Chenery quickly fouled Manhattan junior forward Warren Williams to even the score again. Chenery’s foul was his fifth, so he finished his night with a team-high 17 points.

This theme of potential game winners was present again in overtime as Manhattan tied the game at 70, and Quinnipiac had the ball with 3.9 seconds left. Again, no game winner.

“We practice for these situations,” Dunleavy said. “On our wall before you walk out to our practice court from our locker room, it just says ‘We practice to create habits that will allow us to thrive in the most difficult situations.’ So, we say that every day, we read it every day.”

The Bobcats used the second overtime period to break away as they did in the opening minutes. Redshirt sophomore guard Matt Balanc scored an and-one — his first attempt of the night — to put the Bobcats in the lead 75-74. Soon after, senior forward Jacob Rigoni knocked down his first 3-pointer of the game to extend the lead to four.

With 25 seconds left, sophomore center Seth Pinkney sealed the game with his fourth block and ninth rebound to go along with his 16 points in a career-high 42 minutes.

“When we switch, coach tells us to stay on the big because he knows I can guard guards just as much as I can guard big men,” Pinkney said. “I kept my length, I kept my distance and made sure I blocked the shot. I knew he was going to shoot it.”

“They’re riding high right now after a win,” Dunleavy said. “So now it’s about keeping our focus and knowing that we got another 40 minutes tomorrow, in less than 24 hours.”