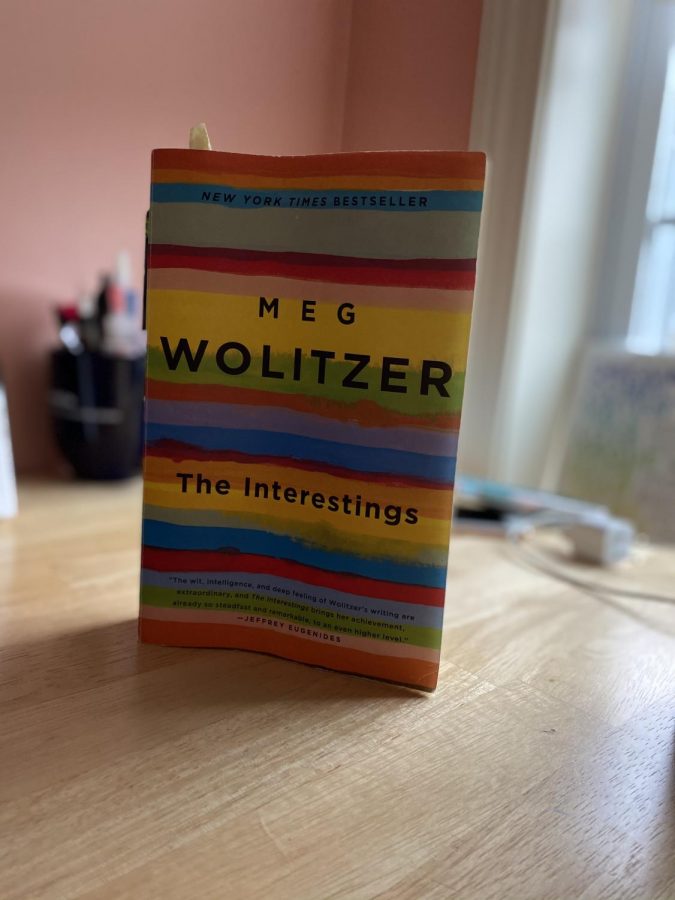 In a year fit for the pages of a best-selling novel, I read quite a few books in hopes that delving into someone else’s story would distract me from the unpredictable nature of my own.

According to my carefully dated and categorized spreadsheet of books, I read 31 books this year, not counting the three I was required to read for class. This is actually a low number for me, probably because 2020 was also the year I first discovered some really enjoyable podcasts and also experienced many days in which I was too sad to read.

Of these 31 books, which range from fictional novels, to autobiographies, to analyses on violence and poverty in America, I selected the four best books I read this year.

These four books managed to provide either perspective on governments or societies during this trying time or simply a distraction from my own frightening reality. I will share two “perspective” reads and two “distraction” reads, all while hoping next year will be a year in which we don’t need to read to be distracted from our collective sadness.

I look forward to a year where we can read because we want to, not because all other avenues of fun have been severed by a global public health crisis.
Perspective:
“Dying of Whiteness” by Jonathan Metzl
Jonathan Metzl, a psychiatrist and professor, wrote, “Dying of Whiteness,” the most thoroughly researched, yet understandable and digestible book I read this year.

The book, subtitled, “How the politics of racial resentment is killing America’s heartland,” includes Metzl’s research in three “heartland” states.

First, he shows how the gun rights measures that white conservatives in Missouri support are actually the leading cause of suicide among white men. He includes transcripts of interviews from people who lost family to gun suicide but continue to believe guns should remain a crucial part of their lives.

In Tennessee, he shares the experiences he had while conducting multiple focus groups with both Black and white people on the topic of healthcare. While a majority of the white people oppose the Affordable Care Act, or “Obamacare,” his research shows it would actually save the lives of many of the poor white people who oppose it. In many cases, the white people he talked to said they would prefer to die without insurance than to live longer on “Obamacare.”

Finally, in Kansas, his focus is on education and how the Republican Party has sold white people on tax cuts, despite the harm they wreak on public education. He interviewed many teachers and families who were negatively impacted by the tax cuts yet still seem to view taxing (even wealthy people) as an overextension of government power.

This book got me thinking about President Trump’s success and how many of his policies harm the very base who would die for him. In many cases, Metzl proves that these are white people who view government assistance as a form of shameful help that is enacted to further the lives of people of color. What these white people don’t realize is that it would further their lives, too, and without it, they are hurting.
“Dark Towers” by David Enrich
If you are like me, when you scroll through political topics on Twitter or even turn on the news, you may hear a lot about Deutsche Bank and find that you don’t know much about it. This book outlines the entire history of this German Bank and how it ties to Trump.

Deutsche was responsible for loaning money to the Nazis during World War II as well as fueling the 2008 stock market crash. They have been consistently on the wrong side of history, but many of the people who work there are just average people, caught up in a shady business.

The story starts with a young man discovering his father, a former banker at Deutsche, committing suicide with a dog leash. Enrich, financial editor at The New York Times, delves into Deutsche’s complicated past and how it took so many financial risks and broke so many rules and regulations that took a toll on many employers.

One of the risks that the bank took was repetitively loaning money to Trump to finance his many real estate endeavors, despite a pattern of him not paying back the loans.

We soon learn that Trump’s election probably wouldn’t have been possible without Deutsche’s financial support. In fact, the retirement of Supreme Court Justice Anthony Kennedy that led to the appointment of Brett Kavanaugh may actually have been motivated by the fact that Kennedy’s son was a banker who worked closely with Trump. Kennedy’s timely departure from the court allowed Trump to appoint a second conservative justice.

This book is super dense, and I would be lying if I said it was an easy read. But if you have any interest in finance or Trump’s shady past, this is a must-read.
Distraction:
“The Interestings” by Meg Wollitzer

I picked up this book with its ambiguous title and meaningless striped cover at a used bookstore in Washington D.C. I was overwhelmed by the towers of books filling hallways and windowsills and even the back seat of the toilet.

I don’t remember how I chose the book, except for maybe it was an excuse to leave a place that had me feeling claustrophobic as well as enamored enough to spend hours sifting through dusty shelves. Despite being 538 pages long, I tore through it like it was a meal and I was starving.

The book tracks the story of a group of almost-teenagers who meet at an art camp in the ’70s. They become “The Interestings,” for no reason other than they want to be interesting. There’s the beautiful one, Ash; the awkward one, Ethan; the cocky one, Goodman; the dancer, Cathy and the son of a famous folk-singer, Jonah. Then there is Jules, who does not know exactly why she’s included in the group, but for some reason Ethan is infatuated with her.

The novel follows the journey of each camper as they grow to become adults, move away and start their own lives.

I enjoyed this plot because when I finish stories, I always want to know what happens to the characters after the book ends. But this story followed the characters all the way — marriages, children, sickness and crucial historical events like the attacks on Sept. 11, 2001.

I didn’t grow bored of their stories either. Ethan married Ash in a random turn of events. The two give birth to a son with autism, but live an extravagant life after Ethan makes it big in the entertainment industry. Jonah came out as gay. Goodman fled to Greenland. And Jules married an unassuming man named Dennis, and they lived in an uncomfortably cramped apartment with their daughter. Ethan remains in love with Jules, even when married to Ash.

The “Interestings,” while by all means average people without super powers or tragic life stories, are incredibly interesting. Their lives continue to intersect well into adulthood, giving me the sense of continuity that I never got in other stories that highlighted childhood friends.

This book will bring you back to a pre-pandemic America when old friends could meet up in cafes, talk about their problems and share lives together in person.
“Daughters of Erietown” by Connie Schultz
You may know Connie Schultz as a journalist and wife of Sen. Sherrod Brown (D-OH), but after reading this book, I can only think of her as a novelist. According to my spreadsheet, I read this book in three days which is two days longer than it should have taken me. It was in the most literal sense, a page-turner.

Like “The Interestings” this book tracks multiple life stories, this time all women within the same family but separated by generations. We first learn of Ellie, who falls in love and becomes pregnant in high school. She marries her boyfriend, Brick, and delivers the baby — trading her dreams of becoming a nurse in for a life as a housewife. This was typical for a woman in the 1950s but still frustrating for Ellie.

Her husband spends all his time at his blue-collar job at the electric plant in their hometown. Brick turns to alcohol and cheating on his wife as outlets for his anger toward women and minorities who seem to have increased prominence in the workforce.

Ellie and Brick’s daughter, Samantha, is growing up in the middle of the inception of the feminist movement. Her story and Ellie’s story intersect with that of Ellie and Brick’s parents, all within different historical contexts that offered different constructions of the role of women.

The book touches on unionization, domestic abuse, mental health and social justice movements all through the microcosm of one family. We see how love is much more complicated than getting married to the broken and mysterious man Ellie loved in high school and how marriage is both a form of security for women in this time and an ugly oppressor.

I recommend this book to anyone — not just women — because its focus on family and love are relevant to everyone.