Why student athletes should get a degree 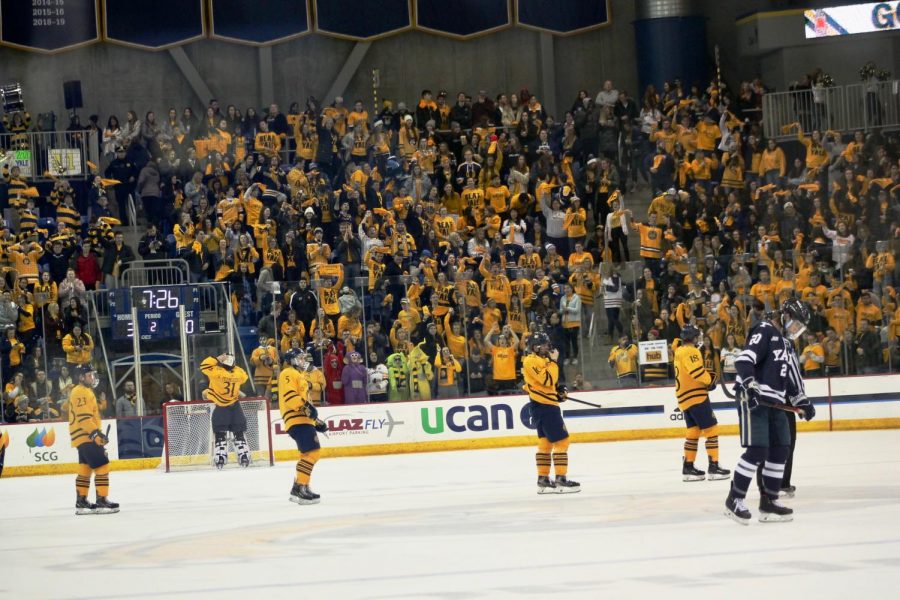 Photo from Yale vs. Quinnipiac Feb. 2020

Many student-athletes around the world worked their whole lives to earn a scholarship and eventually become a professional in their sport. These top-notch athletes may not think about life outside of that dream. They may only go to college to help their chances of getting drafted higher in their sport and improve their skills so they can make their athletic career their livelihood.

I recently spoke to former NBA All-Star and ESPN analyst Antonio Davis on numerous topics, one of them being about student-athletes.

“There’s such a huge percentage of them (college basketball athletes) that don’t make it to the NBA,” Davis said. “They don’t have the opportunity to earn a living after they’ve played NCAA sports, after they were student-athletes. So for those schools who allow guys to come back and get a degree I love those schools.”

Quinnipiac University’s men’s ice hockey team, for example, attracts some of the best talent who are entering college. Some players are talented enough to be drafted prior to finishing their four years of school. With this being the reality, I would still recommend these high-caliber athletes acquire a college degree whether it is at Quinnipiac or elsewhere. This remains true even if the player is drafted to the NHL because a degree can be extremely beneficial.

A great example of a NHL player who successfully utilized his degree is Zdeno Chara of the Boston Bruins. Chara’s career is coming to an end after playing over 20 seasons. He is a guy that should be set for life based solely off the money he made through his NHL contracts, but he wants to do more outside of hockey. Chara received a degree in financial planning and also has his real estate license in Massachusetts.

Players like George Parros, John Scott, Colton Parayoko and many more earned a degree even though they played in the NHL. Every athlete needs a backup plan because you never know what could happen. One injury could ruin your sports career, but you do not want that to decrease your chance of making money in the future.

If a student athlete is going professional, they most likely received a full ride or close to one at a college or university. Former NBA player Greg Oden was drafted first overall in the 2007 NBA draft and was set to become a future star, but his career was cut short after experiencing multiple severe knee injuries. Because of this, he graduated with a college degree in the sport industry in 2019.

There are not many cons in getting a degree if you are a professional athlete. You always have to prepare for the worst. One injury can ruin what you have prepared for your entire life. Even if you do have a solid career, you have to know how to manage your earnings. It is not uncommon to hear about former athletes going bankrupt because they were not informed about how to regulate their finances.

Even if you get drafted after a year or two in college and go straight into a professional league, it is OK to take college classes while in the league. Larry Fitzgerald of the Arizona Cardinals is a future NFL Hall of Famer, but still got his college degree late amid his career. Finishing their college education is going to help these athletes in the long run.