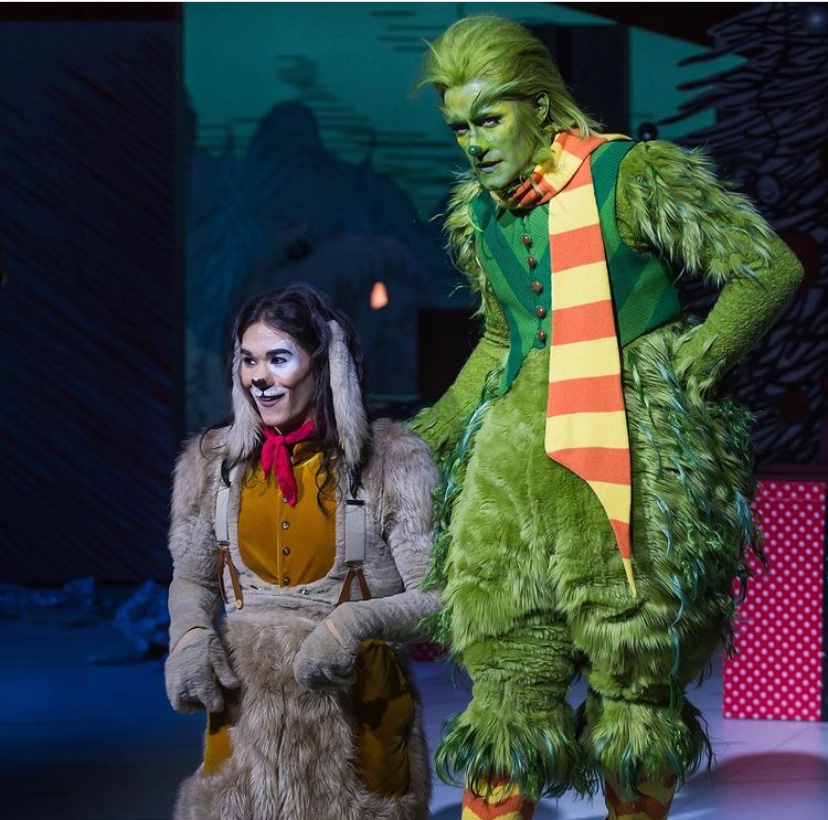 Even though COVID-19 has shut down live theater, learning how to adapt has been a life lesson of this pandemic. That is just how the “Dr. Seuss’ The Grinch Musical!” was able to air Dec. 9, on NBC.

The musical starred former Glee actor, Matthew Morrison, as the green-furred Grinch. The Grinch’s trusty side-kick Max, the dog, was played by two different actors — Denis O’Hare as adult Max, who was the musical’s narrator, and Booboo Stewart as young max, who accompanied the Grinch during his attempt to steal Christmas from the Whos in Who-ville.

Speaking of the Whos, Cindy-Lou-Who, the young Who that ends up warming the Grinch’s heart, is played by Amelia Minto.

Dr. Seuss’ book about the Grinch attempting to steal Christmas from the Whos of Who-ville has been adapted multiple times, as a television show, a live-action film and an animated movie. Each adaptation has put its own spin on the story. This musical did that as well by trying to connect with its audience through reflecting on life during quarantine and utilizing Max as the narrator who shares his personal experiences accompanying the Grinch on his journey to steal Christmas.

On a performance level, Morrison said to Entertainment Weekly that he was inspired by Joaquin Phoenix’s portrayal of the Joker as he did not want the Grinch “to be a good dancer.” Morrison’s goal was to take on this role in a unique way.

“I went back and looked at all the different incarnations of this story, and all the people who have played the Grinch,” Morrison said to NBC. “And everyone of them was so different from the other ones. And I felt like my Grinch wasn’t any of those as well.”

Unlike other NBC musical events, “Dr. Seuss’ The Grinch Musical!” was filmed at the Troubadour Theatre in London prior to when it was aired on Dec. 9, due to COVID-19 procedures.

“It’s not live, but it felt live-ish, because we had one take, maybe like a take and a half, to do this,” Morrison said to Entertainment Weekly. “The shooting schedule, which was over two days, was very ambitious. It felt very alive.”

While the musical, with the book and lyrics written by Tim Mason and the music by Mel Marvin, was different from other versions of this classic holiday story, something that I was grateful for was that the songs, “Welcome Christmas” and “You’re a Mean One, Mr. Grinch” were not omitted from the production. Those two songs, written by Albert Hague and Dr. Seuss, set the Grinch’s story apart from other Christmas classics, and I would have been very disappointed if they were not a part of this version of the story.

Visually, the production was appealing, with its backgrounds looking like a storybook and the costumes of the Whos being very colorful and eye-popping. Though, all of the commercial breaks were a bit annoying and at times, disrupted the flow of the show.

Overall, this version of the Grinch was not my favorite as I usually prefer the original versions of classic films. However, at this time, it is needed for Broadway to come up with unique ideas to bring the theater to people’s homes and this did just that. As an uplifting story and with 2020 being a tough year, this musical production helped bring a smile to my face.