This year was tough, but here are a few of the shows that got us through 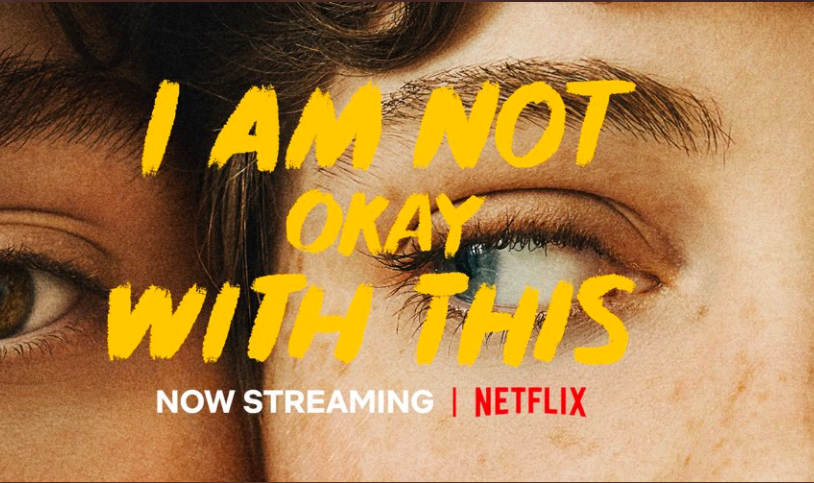 It was a year devoted to staying home, being alone and making the time pass as quickly as possible. What better way to do that than binging a T.V. show?

The Quinnipiac Chronicle editorial board compiled some of its favorite shows that excelled in the category of making quarantine more enjoyable.

First of all, no, it’s not Animal Planet. It’s a show based on a family that runs heists so I always find the danger and high-energy scenes fun to watch. It has a lot of different story lines between each member of the family, so there’s always something happening.

This season is by far the best one in a while. The storyline is relevant, with COVID-19 being the big issue the doctors are dealing with. By doing this, the show is emphasizing just how impactful COVID-19 is for healthcare workers and how important it is to stay safe. They are also throwing in surprises, with some past characters coming in and out of the season. Since this is a tough time for all, I believe the Grey’s cast and crew are bringing some excitement to people’s lives by premiering the season during the peak of COVID-19.

I only watch “Peaky Blinders” when I’m at school with my roommates. Watching it again was reassurance that despite the pandemic, I could still spend time with the people I care about because I was able to watch with them again. The show itself is really interesting and well-made, too.

I’ve always loved Star Wars and used to watch it with my family my entire childhood so being able to watch an awesome western-style Star Wars show now when I’m at college, gives me a little sense of home. It also doesn’t hurt that the show is extremely well done.

Emily Flamme; News Editor
Never Have I Ever

This show was written by Mindy Kaling and was about a girl who is genuinely struggling through high school and navigating her emotions after her father passes away. I loved how it dealt with difficult topics in such a funny way. I’m excited for the next season.

I like how the show addresses social issues that existed back then such as gender inequality, lack of sexual diversity, lack of press freedom and racial segregation through a perspective of a female character. All of those problems still exist. Also, Amybeth McNulty, who played Anne, is one of my favorite actresses.

“The Wire” is the embodiment of a show that reflects reality. This show educated me on the narcotics scene of Baltimore as well as the powerful institutions that govern our lives. It enthralled me with dynamic storytelling that has no true heroes or villains and kept me asking for more with each passing episode. It also doesn’t hurt that the show has an awesome cast of actors who routinely deliver incredible performances in their respective scenes. “The Wire” is unlike anything I’ve watched on TV.

F Is for Family

Bill Burr, who created the show, is one of my favorite comedians. Quarantine back in the spring was really tough but having a great comedy that was fresh and vulgar really helped me get through it.

This show continues to amaze me with the ways it incorporates relatable stories into each episode. It manages to address sexuality, race, drug use, broken families, foster care, politics, pregnancy, mental illness, dementia, obesity, eating disorders, policing and teen pregnancy all into one cohesive family story. The addition of COVID-19 elements into the plot really provided something refreshing for me. The pandemic is the worst, but to see the Pearsons tackling it with me made it a little easier.

Ashley Pelletier; Associate Arts and Life Editor
I Am Not Okay With This

Despite only being one season, the show does such a good job at storytelling while also handling exposition. It is a “Stranger Things”-esque show about a girl discovering she has strange and dangerous superpowers. The main character is super relatable and the other characters in the show complement her well. I watched the entire season in one night (it’s only seven episodes long) and I was left wanting so much more. Unfortunately it was cancelled because of COVID-19 related production problems, but it was one of my favorite shows of the year.

Jason Bateman is brilliant. This show is a delightful mix of “Breaking Bad” and “Bloodline.” If you even remotely enjoy suspenseful shows, this is for you.

There’s nothing better than raw humor. Matt Parker and Trey Stone are entertainment geniuses and I always look forward to each episode.

It was a hilarious concept with every character being so unique. So much detail went into the creation of the show from accents to costume and it paid off.

Considering the craziness of 2020 and the current events of a pandemic, it was stress-relieving to watch a show that had nothing to do with anything depressing. Instead, this show was an escape and gave a sense of pleasure for my brain to go to. It was very unrealistic compared to the real world, but sucked me in to want to watch every episode of the season in one night.