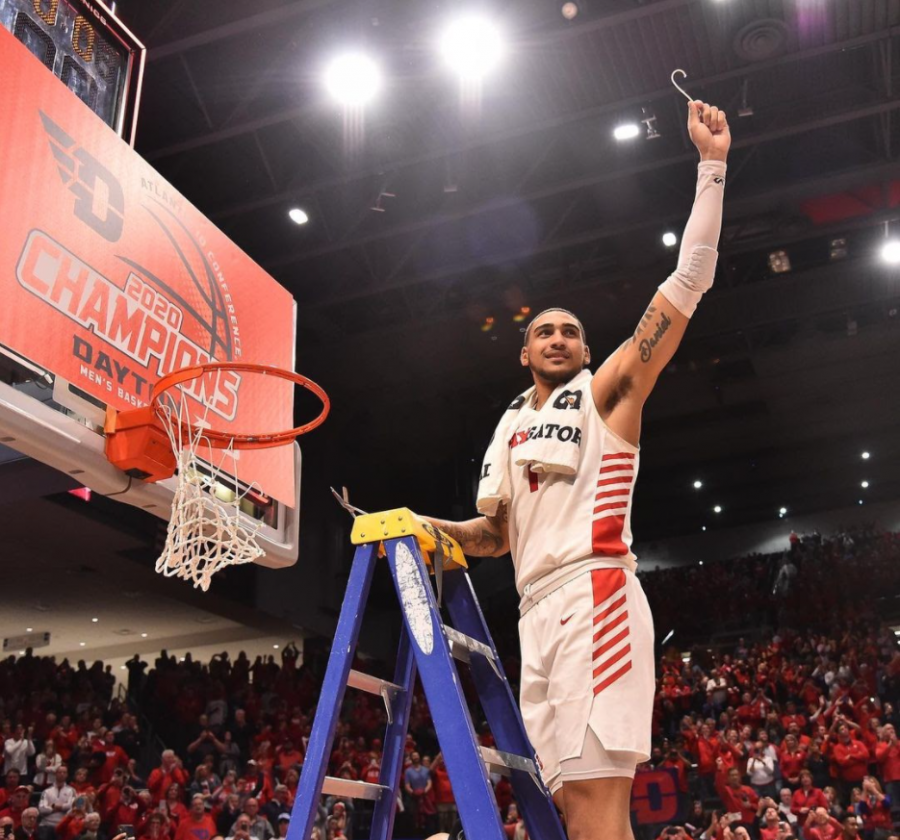 The NBA Draft is the most hopeful day for many basketball players, fans and teams. Furthermore, the draft is an event where teams attempt to predict the success of players in their early 20s, if not younger. As many indicators as there are to assist with the practice of projecting basketball talent, it is equally important to account for how well the team that makes the selection suits the player. Draft success for both parties is a balance of how much of an opportunity a player has to help fix a team’s flaws and how well a team can alleviate a player’s weaknesses. Here are four players from the 2020 NBA Draft who fit as well with the team that drafted them as anyone could hope.

Toppin is just what the Knicks desperately need: a polished scorer built for the modern NBA. He is easily the most prepared bucket-getter in the draft, albeit a late bloomer.

The 22-year-old has the requisite athleticism to beat his man off-the-dribble, knock down open and contested 3-pointers, act as a vertical spacer who can catch lobs, finish dunks in a variety of situations and show soft touch around the hoop in scenarios that require finesse. Toppin would have been the first pick in the draft had he been 19.

The Knicks have every reason to utilize his proven scoring skills since their offensive talent was putrid in the 2019-2020 season. The team was third-worst in offensive efficiency and last in true shooting percentage. Had Toppin already played for the Knicks last season, he would arguably have been the leading scorer and the rightful go-to option.

Toppin fits well with the two foundational pieces the Knicks are building around for the future: Mitchell Robinson and RJ Barrett. Robinson needs the paint since he primarily finishes around the hoop after receiving drop-off passes and lobs. The same goes for Barrett who is a better slasher than shooter. Toppin has a versatile scoring game that allows him to space outside the 3-point line so he doesn’t clog the paint. He was at the 91st percentile in 3-pointers in the half court on 73 total attempts, according to Synergy Sports. Barrett would also benefit from less defensive attention overall. Last season, he faced defenses that left shooters open to prevent him from getting easier looks around the rim. Toppin is able to create his own shot which will decrease the attention defenders pay to Barrett.

Toppin’s most glaring weakness is his defense. He does not project as a reliable rim protector or a switchable big. The biggest reason he slipped to the eighth pick was because, as dominant as he is on offense, the consensus expects him to get eaten alive by perimeter players. Toppin has a high center of gravity and stiff hips that will decrease the hope that there is for improvement in his lateral mobility. He will struggle contorting his body to stay in front of starting-level guards especially in pick-and-rolls, one of the most popular actions in the NBA. Being a liability on defense is a real concern if a player is going to play at least 30 minutes per game.

However, the Knicks may be the best defensive situation that Toppin could have realistically gone to. Robinson, an elite rim protector who should start getting more minutes even while being foul prone, is going to be a security blanket for Toppin. Robinson’s great length and agility will clean up mishaps that Toppin makes when beaten off the dribble. Additionally, new head coach Tom Thibodeau has a reputation as a brilliant defensive mind who will both figuratively squeeze out every drop of defensive potential the rookie has as well as implement the best defensive schemes for Toppin.

If the Knicks find a starting-caliber point guard, Toppin will also feast as a screener who can roll and pop effectively. Trading starting power forward Julius Randle could be a way to grab that playmaker or at least clear space for Toppin to play freely as the starter. The Knicks need this injection of scoring prowess. The Brooklyn-native can legitimately average a relatively efficient 18 to 20 points per game as well as win the NBA Rookie of the Year Award.

Haliburton could not have been brought into a better situation after getting drafted by the Kings at No. 12. His skills and his aptitude to be a complementary combo guard are perfectly suited for the team’s needs.

In his sophomore season at Iowa State University, he was an efficient stat sheet stuffer who led his team in points, rebounds, assists, steals and 3-point percentage. He excels at being productive in a multitude of ways and will bring his all-around skills to the Kings. His spot-up shooting and passing vision will be the most acknowledged skills at the start.

In college, Haliburton proved he was a deadeye shooter with his feet set, ranking at the 86th percentile in jump shots in the half court and the 96th percentile in guarded catch-and-shoot shots in the half court, according to Synergy Sports. The Kings, who may lose a good shooter in Bogdan Bogdanović in free agency, will have a rookie who will fill it up from 3-point range. Haliburton is also gifted as a passer, especially in transition. He finds passing windows that most players any age won’t think exist. He also has the ability to create passing opportunities by manipulating defenders with his eyes and head fakes. His vision and talent for making passes with flair are instinctual.

What seals the deal for Haliburton’s case as a monster steal for the Kings is that his weaknesses will be well covered. As incredible as he is analytically, a concern some have is the translation of his productivity if forced to be a more dynamic scorer and ball handler. Plain and simple, Haliburton dribbles too high with the ball and does not have enough burst with the ball in his hands to consistently get past an average NBA defender. He also has a funky shooting form that is lethal in catch-and-shoots scenarios but questionable at best if forced to create shots for himself. These two weaknesses greatly limit his potential as a primary pick-and-roll creator. This is extremely worrisome if placed on a team like the Knicks who are in need of a point guard that can create for himself as well as for others dynamically with the ball in his hands. The good news is that the team that drafted Haliburton has a guy like that: De’Aaron Fox.

Fox, a 22-year-old budding star who just signed a five-year $163 million max contract extension, is coming off a season averaging 21.1 points per game and 6.8 assists per game and displaying signs of being a reliable ball-dominant player for a future winning team. Haliburton’s weaknesses as an on-the-ball threat will be shielded by Fox’s ability to carry the load in that exact way. Haliburton will have the luxury of being an awesome sidekick who does not have the pressure of being the floor general for a starting lineup in the NBA. He is an unselfish dude whose gift is his knack for elevating players around him by using his basketball smarts and skills.

Haliburton shows great potential on defense, although getting stronger will help him, and has intangibles that should enhance the morale of the team he is on.

“He regularly lifts up teammates with daps and words of encouragement,” wrote Mike Schmitz, ESPN draft analyst, after watching Haliburton train at Impact Basketball in Las Vegas. “He’s positive and charismatic by nature.”

Two things are abundantly clear in the NBA: wing-sized players are exceedingly more valuable than any other archetype and shooting is the most invaluable skill for any player. Aaron Nemsith at No. 14 to the Celtics is a player worth taking the chance on because he unequivocally benefits from those truths.

Nesmith, if nothing else, gives reliable shooting off the bench for the Celtics. He has outstanding shooting versatility (such as catch-and-shoot, dribble handoffs, etc.) and a gift for moving without the ball. His biggest weakness is his inability to create shots for himself and others. However, this flaw is protected since the Celtics have an abundance of talent that can do those things. Nesmith’s playstyle is conducive for a rookie to elevate an already good team without being a significant part of the offense. It wouldn’t be a surprise if the Celtics were inspired to select a player like Nesmith after the Miami Heat’s Duncan Robinson shot 40.8% from three on 8.2 attempts against Boston this past postseason, according to basketball reference.

Nemsmith described his fit perfectly telling Boston reporters after the draft that the Celtics have an “absolute sniper. A guy who’s going to make life easier for the creators of the offense.” It also doesn’t hurt to have nice size at 6-foot-6 and 215 pounds with a 6-foot-10 wingspan.

Flynn is exactly the type of player the Raptors have had consistent success in the draft.

His primary weakness is size (6-foot-2 and 185 pounds) and finishing in the paint because of his slight stature. He can play well in pick-and-roll situations with his tight handle, can make 3-point shots off the dribble as well as open catch-and-shoot attempts and can run an offense. It also doesn’t hurt that he is a sturdier defender than his size suggests. He was a hard-nosed defender in college, winning the Mountain West Conference Defensive Player of the Year.

Flynn is eerily similar to the newly signed Fred VanVleet, who grew to be a starting guard for the Raptors. Both are undersized players with mature games leaving college and a grittiness that is apparent when watching them hoop on both ends of the floor. With VanVleet staying in Toronto, Flynn will be the perfect understudy. He is also in a place that has found the most consistent success with players who start their rookie seasons at 22 years old — the list includes VanVleet, Norman Powell, Terrance Davis II and Pascal Siakam. Flynn fits the Raptors like a glove.