Thanks so much, Thanksgiving!

With all the fun activities surrounding Thanksgiving, the holiday season should still focus on spreading kindness 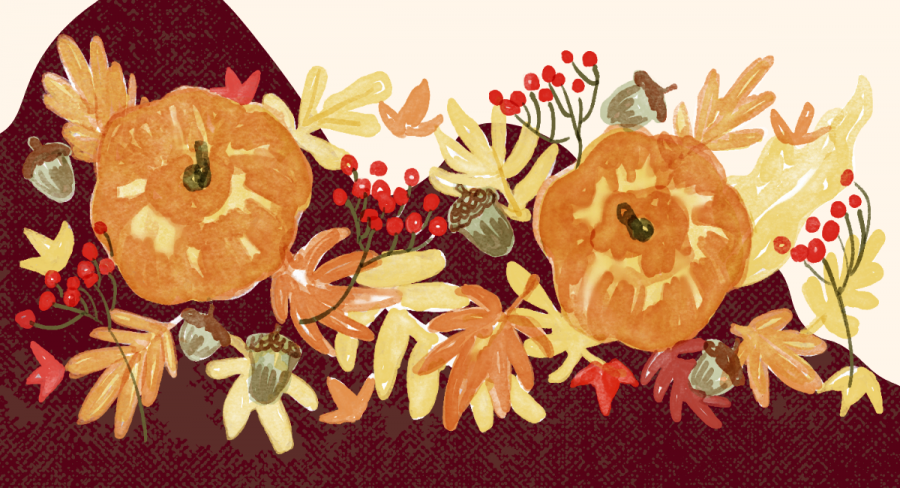 Before Mariah Carey’s “All I Want for Christmas Is You” soars to the top of the charts and Americans rush to buy presents, they have to pay attention to Thanksgiving first.

Capitalism switched the holidays from being about spending time with loved ones to getting the best discounts on Christmas presents. Companies milk the holidays far too much to care about the meaning of being thankful.

Thanksgiving, which stems from a narrative story about Native Americans and Plymouth colonists uniting for a feast, is often overlooked because Christmas is roughly a month after. Although the origin of the story isn’t true, it serves a teaching purpose for children and should be featured rather than glossed over.

That said, Christmas is generally more popular with seasonal promotions, but that doesn’t mean Thanksgiving festivities should be ignored. Once Halloween is over, the fall decor goes back into the storage closet and the Christmas tree is put up in the living room the first week of November. Childhood memories such as tracing my hand and coloring it to look like a turkey are fond. Additionally, reruns of “A Charlie Brown Thanksgiving” are a staple of the holiday season.

With all this in mind, Thanksgiving Day, which falls on the fourth Thursday of November, has three main events: The Macy’s Thanksgiving Parade, football and dinner.

Tourists from around the world travel to New York to line up at the crack of dawn to secure their spot for the Macy’s Thanksgiving Parade. The parade includes massive floats, performances and a finale of the one and only Santa Claus. I am sure Santa Claus has been a different man each year, but he steals the show every time. It is broadcasted on TV so people can experience the magic in the comfort of being with their loved ones.

However, the COVID-19 pandemic altered the annual procedures of the parade.

“To safely produce this year’s Macy’s Thanksgiving Day Parade during this unprecedented time, Macy’s partnered with the City of New York to create an innovative plan that would continue this treasured tradition,” Macy’s stated in a press release. “In order to avoid gathering large crowds of spectators along our traditional 2.5-mile route in New York City, we have shortened the route to focus solely on the last section of our annual march. This change will allow millions of New Yorkers and the nation to safely experience Macy’s beloved spectacle from the comforts of home.”

Although Macy’s wants to keep traditions alive, continuing with the parade this year may not be the right call. I understand from a business perspective that Macy’s wants to make sales after the parade, however, I imagine there would be maximum capacity in the store. This may cause eager holiday shoppers to wait outside and form a line with six-feet marker lines. I can’t imagine the social distancing restrictions that will be followed because even in a perfect world, people will break the rules.

Rather than watching the news, which can be disheartening, the parade is a great morale booster for these trying times especially. Watching a huge Snoopy balloon fly over New York can bring joy. The parade is usually followed by The National Dog Show and that takes the cake for happiness.

Thanksgiving focuses on American culture, and there is arguably nothing more American than football. Football games on Thanksgiving range from high school to college to the NFL. Because there is a limited amount of Thanksgiving movies to go around to take up the entire day, football takes up a lot of screen time. Personally, I don’t watch football or understand the fascination revolving around it. It comes between me and my regularly scheduled programming of “Seinfeld” on TBS. People will take football to a personal level by going outside and playing their own game with friends and family.

Of the three main events, Thanksgiving dinner is the most important. People usually dress up to sit in their dining rooms to eat dishes such as turkey, stuffing, cranberry sauce, seasonal vegetables and pie. However, anyone can eat whatever they want at Thanksgiving dinner. It is their dinner and they should celebrate however they like.

Thanksgiving dinner preparation can be stressful. It starts with costly grocery shopping and having to create a plan. What do we want to eat? How many people are coming? How many supplies do we need?

This can put pressure on people second-guessing whether or not their food is tasty. They want to make sure their families and guests enjoy their meals. I think the media has put an unrealistic image of having a huge dining table with plenty of side dishes to go around. It does not matter how much food a person cooks, it matters that people enjoy an evening with those they care about.

Because of the pandemic, Thanksgiving will likely be limited this year. Families may have to cut their guest lists to host a healthy and safe Thanksgiving dinner. It would be interesting to eat pumpkin pie with my relatives over Zoom, but at least they will be there virtually.

The capitalistic promotion of the holiday season overshadows the American-born holiday. Nov. 1, is the beginning of holiday stress. People scramble through catalogs, circling prospective presents and pulling out their wallets, ready to go and buy them. Retail stores switch to a festive theme, promoting Black Friday sales, which begin the minute the Thanksgiving dinner is over. Shoppers leave their dining table to drive to their local stores in the search of the best deal on a flat-screen TV.

Retail companies shamefully make the holidays about money. Stores advertise their products to be at affordable prices. However, people can stress themselves out about finding a holiday present whether they have enough money or not. I understand that we want to show people we appreciate them, but that can be difficult on a budget. Gifts are replaceable objects bound to break, shrink or tear.

The holiday season should focus on spreading kindness, but the glamourous shopping and dinners often take away from the big picture. That said, these shopping sprees and exciting dinners don’t matter at the end of the day. What does is making the most of what you have. The holiday season is not fantastic for everyone as some may not have friends and family to spend time with. So, it’s important to be nice to others because one friendly gesture can make someone’s entire day.