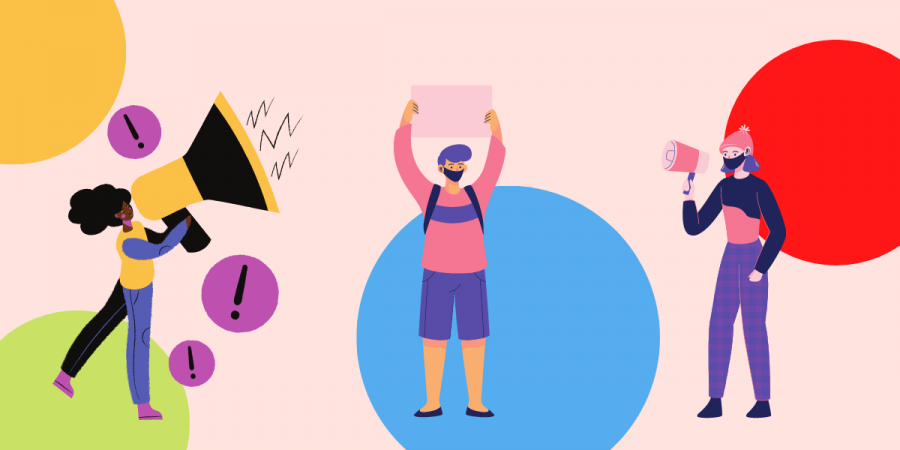 “The 2020 election is a stark reminder of just how polarized our nation has become,” said Jonathan Pelto, political science professor. “The results make it clear that this wasn’t simply a vote between Donald Trump and Joe Biden, but a battle between warring tribes who have fundamentally different opinions about what the nation’s core values are.”

Before the election, 71% of surveyed full-time college students said they planned on voting. Of those students,70% said they preferred Biden, while 18% said they were planning on voting for current President Trump, according to CNBC.

Pelto said that teaching government and politics in this divisive time has had a silver lining.

“I have witnessed an unprecedented interest in politics and government and a level of participation that I have never witnessed in my nearly five decades in government and politics,” Pelto said.

Though Trump’s loss of the presidential election is a rejection of right-leaning policies, many in the Republican Party continue to embrace his message.

“I stand with President @RealDonaldTrump. We must count every LEGAL vote,” said Vice President Mike Pence on twitter.

Trump has not accepted the results of the election. He has instead claimed incidences of voter fraud, taking to the courts for legal challenges and requesting recounts. However, there is no evidence of such fraud in the presidential election.

“Voter fraud is nothing short of ‘fake news,’ Pelto said. “Trump has done irreparable harm to our democracy by convincing millions of Americans that our democracy is broken.”

Hannah Ellis, a second-year law student said she voted for Biden to protect her human rights and advance progressive legislation such as reform in healthcare, gun policies, taxes and policing.

“I’m so excited to see a new administration be elected,” Ellis said. “I think it speaks volumes about how powerful each and every vote is. While I am excited, I am also aware that this is only a starting point. Now is not the time to be content, now is the time to fight harder.”

The Black Lives Matter movement and the COVID-19 pandemic overlap has roused many young progressive voters. Julia Crosby, a first-year biology major, said she agrees that Biden’s nomination is not the end goal for progressivism.

“It’s not about celebrating Biden winning. It’s celebrating getting Trump out,” Crosby said. “There’s still a lot of work to be done, and we can’t stop pushing for change. We have to hold Biden to his promises and keep fighting to get things done.”

“(Politics is a) racist, biased system that favors a specific population,” Crosby said.