Claims of voter fraud and demands for recounts show how the presidential election is not over, but the division must end 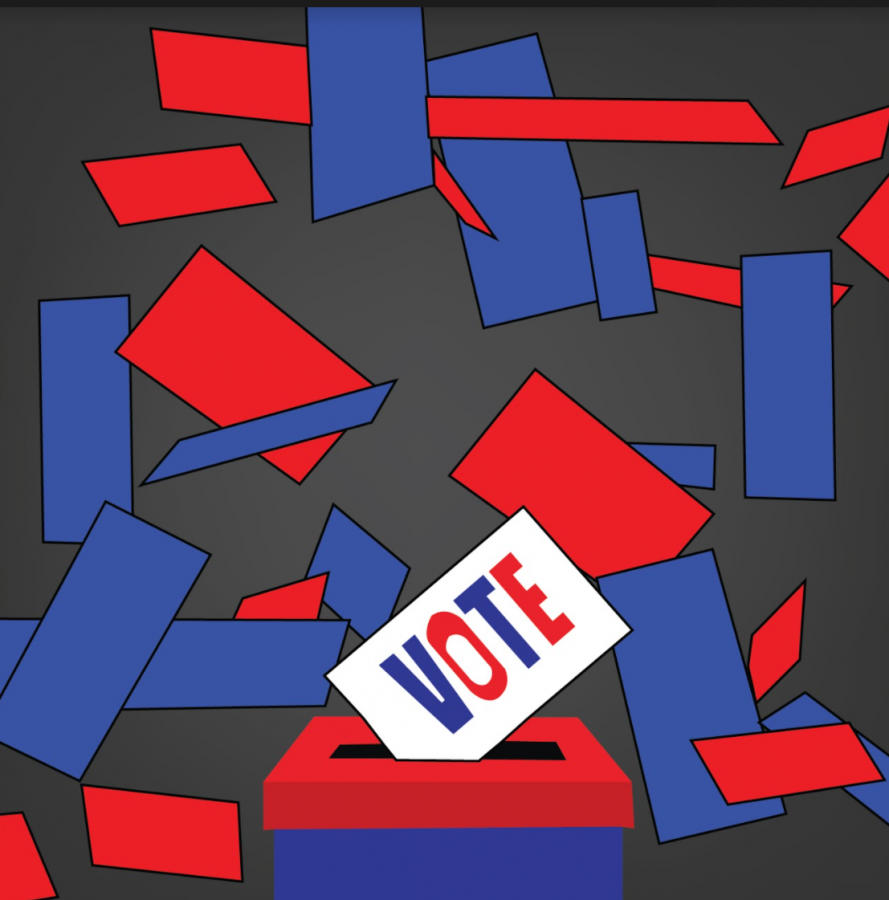 A messy election is fitting for a divided country. Nevertheless, after days of waiting, former Vice President Joe Biden and his running mate Kamala Harris have been elected into office.

But is the voting process entirely over?

Certainly, Biden and Harris’ win has set a new agenda for the United States, leading to people within the country and all over the globe to celebrate. Conversely, President Donald Trump is celebrating, rather seeking “justice,” but at what cost?

Foremost, their win made history as President-elect Biden will be the oldest elected president in U.S. history, but more significantly Vice President-elect Harris will be the first woman of color and Asian descent to hold that office, according to the Associated Press.

As a woman, Harris’ victory is breaking the glass ceiling that has long existed for women in our society and has kept them at a disadvantage to their male counterparts. Furthermore, wherever a person stands on the political spectrum, they can acknowledge the importance and impact of her win.

Back in 2016, former Democratic presidential candidate Hillary Clinton made a crack in the proverbial glass ceiling when she became the first female presidential nominee in U.S. history. Thus, setting the precedent for all of the future women looking to run for office, such as Harris.

Despite the clear win for Biden, Trump and his administration have made it known that the election is not done yet, and there will be recounts and lawsuits to come. The Trump administration released a statement.

“Beginning Monday, our campaign will start prosecuting our case in court to ensure election laws are fully upheld and the rightful winner is seated,” Trump said.

What does that mean for the months ahead? It means that the election may not be over, regardless of an individual’s views on Trump, it is clear he does not accept the loss and is determined to win.

On the whole, the election process has been messy.

The pandemic has been a significant factor in this election, not only in how the incumbent has been handling it but also in the ways in which the electorate cast their vote.

Although I was a first-time voter this year, I have always acknowledged the importance of voting, no matter the level of government in which the election takes place — people have the power to shape the world. I had the choice of voting via absentee ballot or in-person to cast my vote in New York.

Mail-in ballots are the issue with the current election and this was apparent at the start of the pandemic.

Those ballots take time to arrive. The delays in the postage of mail-in ballots can affect how quickly the votes are counted and there can be interference.

Thus, I knew I did not want to worry about how long it would take for my vote to be received or if it would be lost. So I chose to vote in person, not only for the security of my vote but also so I could have the typical voting experience.

Even though I did not cast a mail-in ballot, I too was waiting to see the results with my fellow voters. The intensity of anticipation and stress felt in the country, despite party affiliation, was powerful, in part due to COVID-19, which lengthened the counting process due to an increase of mail-in ballots.

In terms of how Biden won the election, it was the amount of mail-in ballots that put him over the required 270 mark. Trump has notoriously shared his views on mail-in ballots and claimed that they would lead to fraud, and he urged his supporters to show up in-person on election day.

Since in-person votes get counted first, Trump took the lead in many states into Tuesday night and early Wednesday morning. However, a substantial portion of Biden’s vote came via mail-in ballots, giving him the lead in many key states such as Michigan and Pennsylvania.

Aside from Trump’s argument that mail-in ballots are ripe for fraudulent activity, real problems exist within the electoral process. The election system is flawed in a multitude of ways and, while the pandemic highlighted some of these, the underlying issues should also be acknowledged.

The controversial topic of the electoral college versus popular vote continues to be argued across all party platforms. Election fraud, especially through foreign interference, is another serious concern. We need improvements to the system, so it leaves out the question of whether or not the current winner of the election is truly legitimate.

Regardless of who the next president taking office was going to be, the debate was not just about Biden nor Trump.

This election was divisive, the process appeared illogical and the candidates were questionable. For far too long I have heard  that people would be voting for “the lesser of the two evils.” Since when did it have to be that, instead of it being difficult to choose which candidate is the best or better of the selection?

Again, looking at the election it is understandable why Biden won, his rhetoric hinted at unification and the country needing to heal, while Trump’s rhetoric focused on rebuilding the economy because of COVID-19 and demonizing his opponents. However, it was Biden’s message that appealed to the majority of the population that is sick and tired of the constant division in the U.S.

Wherever Trump’s lawsuits and recounts progress to, the next four years need to be about unity. The election should not be a heavy burden or relief on the people of this country.

Yes, there will be some disappointment, but the results of an election should never cause a deep divide or civil unrest within a nation. We should never let politicians come between us. After all, they would not be there without us.