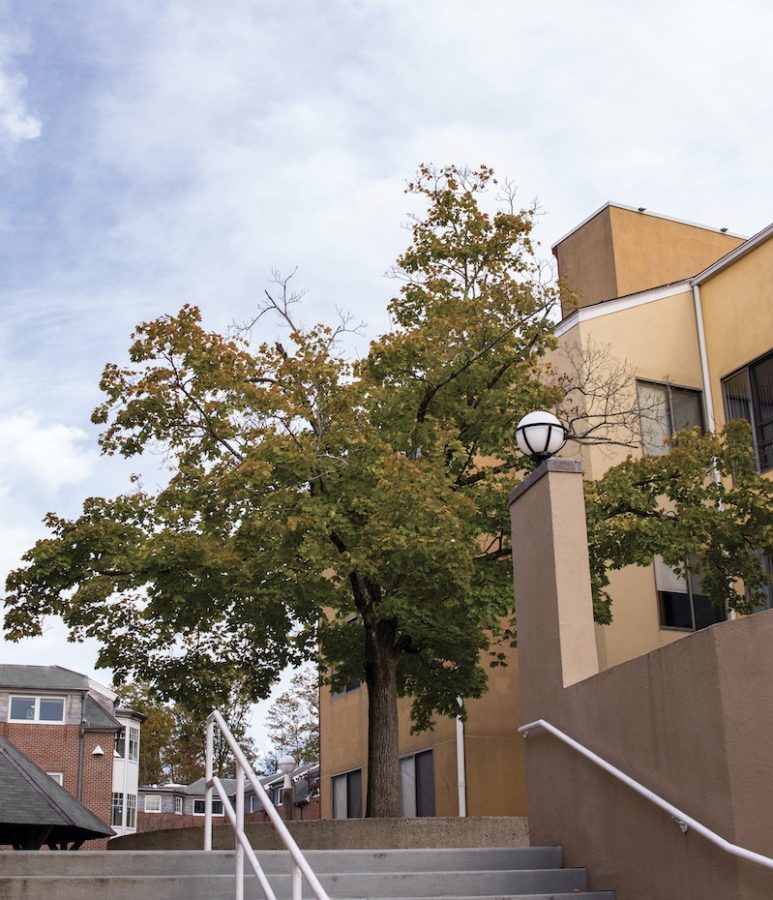 Quinnipiac University students who have isolated and quarantined due to COVID-19 exposure have complained that the university didn’t provide substantial meals nor did it  communicate well with students.

“I definitely think that being in there was a surreal experience,” said Samantha Williams, a senior education major. “You don’t think it’ll ever happen to you, then it does.”

The university has had a spike in COVID-19 cases, with 47 active cases in isolation.

Williams and Jensen Coppa, a senior public relations and journalism double major, were in quarantine together for 12 days in the Founders residence hall after being exposed to the same person who tested positive for COVID-19.

Sarah Fraser, deputy director of athletics and member of the university’s quarantine and isolation support team, defined the difference between quarantine and isolation. The latter is specifically for students who have tested positive for COVID-19 and are required to stay away from other individuals until their infection fully subsides. Quarantine is for students who have been exposed to the virus and could potentially develop symptoms over the course of 14 days.

The university created a support team to assist the students since they cannot leave their rooms.

“During the time students are confined, the team is available to assist students with mail services, makes deliveries of requested items, delivers meals and essentially serve as their legs and arms to campus in any way feasible,” Fraser said.

Fraser said students are delivered meals once a day around dinner time. The food consists of a hot meal for dinner, breakfast and lunch for the next day and a bag of snacks and beverages.

However, some students said the quality of the food was poor.

“I don’t think we ate any of the school’s food,” Williams said. “It was a lot of just not eating and then (eating) the candy and chips they brought us. Every so many days we’d get food from our friends.”

Coppa said she and her roommates in quarantine each received one water bottle per day.

“We asked for cases of water, but I think other people, if they don’t ask, then I think they probably are getting that one water a day,” Coppa said.

Williams ran out of meal plan points because  the university charges $25 off students’ meal plan each day.

“I reached out to one of my friends who had an abundance of meal plan (points), and she sold it to me,” Williams said. “If that hadn’t happened, they told me they were going to stop and I wouldn’t have gotten food.”

Coppa and Williams said the health center told them they could cook their own food while they were in quarantine. They said they asked the quarantine and isolation team for pots and pans but were met with some difficulty.

After going back and forth with the health center, Coppa said they finally received a pan.

“They told us when they gave us the pan that one of the sports teams bought it,” Coppa said. “Sports teams are helping out with isolation things because they don’t have seasons, and they have big enough budgets. They gave us a list of stuff, and every room was able to put in two things that they would want.”

People in quarantine are allowed “fresh air” appointments, in which they can go outside for 15 minutes. Coppa said they were told they would get to go outside each day, but they only went out five times in total in the 12 days they were there.

“I walked 0.1 miles a day, and I get that we’re supposed to be in isolation, but they should’ve done it to where I could have been able to walk somewhere,” Coppa said.

Coppa said she felt that the university was underprepared for students in isolation and quarantine.

“They even admitted to us that because we were the first rush of students being sent to isolation and everything, they said they didn’t have anything set to handle it, which was one of my bigger issues with it,” Coppa said. “They kind of kept saying we were the guinea pigs of it and that it would get better, but it shouldn’t have been bad for us.”

Lorenzo Bafumi, sophomore health sciences major in the pre-med program, was also in quarantine. He said quarantining alone was what made it difficult for him.

“The hardest part is when you have to quarantine, and you’re in a university while everyone else is living their lives,” Bafumi said.

After his experience in isolation, Bafumi is proposing a new program called, “Bobcat Q-Connect.” His goal is to create a network where students in isolation can virtually interact with one another, along with students outside of isolation.

“I understand the struggles and traumas of quarantine first hand and choose to use my time to reflect and create a way to help future students in my position,” Bafumi wrote in his proposal.

The program would consist of Zoom sessions with a variety of activities that students could do together. The goal is to provide a sense of togetherness for students in isolation.

“If I can even help one more student have a better quarantine experience, then it’s worth it at the end of the day,” Bafumi said.