The case for four more years 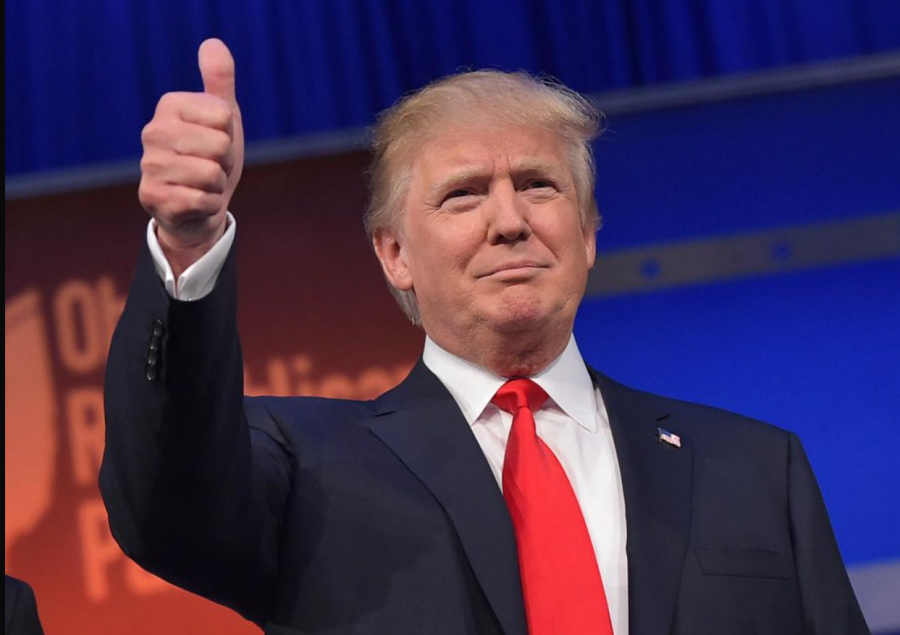 President Donald Trump has inspired many historical allegories and comparisons, but I can say with a high level of confidence that the one I am about to make is novel. In some respects, the president is similar to Incitatus.

For those unfamiliar with the nuances of history, Incitatus was the favorite horse of the Roman Emperor Caligula. Before Caligula’s assassination, he wished to elevate his stead to the level of consul, the Roman equivalent of president. It was cast as an act of madness at the time, but modern historians describe it as more an act of contempt. In Caligua’s estimation, the Roman Senate had too haughty an opinion of itself and would be shamed and humiliated by the emperor appointing an animal as their superior. Like the Romans before them, members of the American political establishment suffer from delusions of grandeur. They think incredibly highly of their institutions, their norms, their professions and ultimately themselves. Elevating Trump to the presidency was a way of sending a message of scorn to the media and political class.

The message doesn’t seem to have stuck.

The president’s opponent, former Vice President Joe Biden, is the avatar of the political class. He repeats all of the same old, tired notes of the establishment — civility, unity and bipartisanship —, the false authenticity that got us Trump in the first place. Biden is a lifelong politician that had already been elected for a quarter-century when I was born in 1998.

Perhaps the comparison to the Roman mare is not quite fair to Trump.  After all, he has had an admirable record of accomplishment. From crushing ISIS, to helping negotiate a series of peace deals in the Middle East, to passing a tax reform that lowered the financial burden on most Americans, to keeping his promise to build a border wall, to signing into law criminal justice reform, to appointing a staggering number of originalist judges including three well-qualified Supreme Court nominees. Trump, unlike his Democratic and Republican predecessors alike, has not started any new wars and is moving to wind down the conflict in Afghanistan. And for all of the criticism of his response to the COVID-19 pandemic, the United States has a comparable per capita death rate to European countries such as the United Kingdom and Italy. No steed, no matter how trusty, could be expected to have racked up such achievements. But the case for Trump is only in small part affirmative. It is much more an anti-endorsement of the Democratic Party and the left it represents. Like a horse, the most important things a re-elected President Trump would accomplish are the things he would decline to do.

Biden said that Trump doesn’t try to unite the country, as though that’s a demerit. As it turns out, wondering why Trump won’t act as an uniter is like wondering why you can’t drive your washing machine to the grocery store. That is simply not what the thing is for, and it’s unreasonable for you to expect it to act in that way. Furthermore, Biden, in his political career, has not been a civil man nor is he a uniter. This is the same person who told a black crowd that Mitt Romney would “put y’all back in chains.” The bipartisan consensus he was a part of engaged in terrible and irresponsible policies, from the Iraq war to trade deals that sent American jobs overseas and empowered adversaries such as China. Trump is not quite honest, but he is genuine. He makes no pretenses about what and who he is. The political class wonders aloud how a billionaire playboy could become the spokesperson of the white working class, as though that it had to come to this is not an indictment of their own failures.

So forgive me if I find Biden’s statements that he does not support defunding the police to be a bit unconvincing. He hasn’t been bound by his prior positions before, why should we expect him to be any different now? At the last debate, Biden said that nobody would lose their private health insurance under his plan for a public option, the same way nobody lost their private health insurance under the Affordable Care Act. But that second part isn’t true. Politifact rated the claim as its “lie of the year” in 2013. That would seem to call into question the first part, wouldn’t it?

So what exactly would Biden be an enabler of? An instructive example presented itself during the recent confirmation hearings for Supreme Court Justice Amy Coney Barrett. Senator Dianne Feinstein (D-CA) asked the justice-to-be if she would roll back protections for LBGTQ citizens. Barrett responded that she “never discriminated on the basis of sexual preference and would not discriminate on the basis of sexual preference.”

That sounds like a reasonable enough answer, doesn’t it? Wrong.

Senator Mazie Hirono (D-HI) lambasted her for this statement. Why? The term sexual preference.

That is curious because preferences are not always voluntary and orientations are not always involuntary. For example, nobody would say that having a preference for salty foods over sweet foods was a choice. However, one’s political orientation would be an example of a choice. In other words, this seemed to be grasping at the narrowest of straws.

After all, many prominent liberals ranging from Biden to Connecticut Senator Richard Blumenthal (D) to Senate Minority Whip Dick Durbin (D-IL) and Ruth Bader Ginsburg, all used the term in the recent past. No outcry followed. Surely, if it was an offensive phrase before, somebody would have called out the former vice president and gotten him to apologize for his repeated usage of it. So, a slight of hand was played.

Merriam-Webster changed the definition of the phrase to say that it was “offensive.” Such is the power of the cultural left that it doesn’t even need to catch its opponents saying something offensive, it can simply change the definitions of words to entrap them. The so-called “woke” left uses this tactic constantly, creating an ever-expanding etymological maze. From this, we get the concept that white people cannot be victims of racism, simply by redefining the term.

This is part of how political correctness keeps its strength. When quite literally anything can be interpreted as offensive, the only way to avoid facing professional and social sanction is to say nothing at all.

If you doubt the power of this system, ask yourself, what scares you more? Sharing your left-wing opinions with your right-wing friends, or sharing your right-wing opinions with your left-wing friends? Almost without exception, people answer the latter. There’s data that shows it’s anything but an anecdotal phenomenon. Nearly 70% of Democrats who dislike Trump say that they would be upset if their child married somebody who liked him. The reverse figure with Republicans stands at 30%. Republicans are much more likely than Democrats to be willing to date people who disagree with them about Trump. Naturally, many people will read that and say well, that’s not a fair comparison, because people who support Trump are unworthy of respect. This is why the claims from Biden and others that say he seeks to unify the American people is hogwash. The left is clearly out for vengeance, not unity or healing, and Biden will bow to them because he is a weather vane and that is where the wind is blowing.

That is the movement the Democratic nominee is in thrall to — an orwellian, dogmatic crusade that will stop at nothing but total control. And so remind yourself that this is a binary choice: it’s that or Trump. One or the other will win.

And it’s not just some crazies with no influence. Democrats talk openly about abolishing minority party rights in the Senate and adding justices to the Supreme Court to enact its will if it gets the power to do so. Biden declines to address those demands from his party, saying voters “don’t deserve” to know his position. The obvious inference one makes is that Biden intends to go along with his party, as he always has, but does not want to pay the political cost for saying so. On what planet do you think this will make the country less divided? Of course, making the country less divided is not the priority or even a goal. Should he win, America will become more divided under Biden. He is even less qualified to be the man who returns civility and decency to politics than his son and brother were to the various lucrative business deals they received off of his position.

This is not to say America would not also become more divided under Trump. It has, and it would. But that has little to do with Trump, and more to do with the American people. Americans are divided because they intensely disagree on incredibly important issues. That won’t change no matter who wins.

So, given the choices and realities, I choose Trump. It is not a difficult decision for me. There will be no tempering it with apologia about how imperfect a man he is. That is not because it isn’t so, but because it is irrelevant. When you are looking for a firefighter, you are looking for people that are competent, those who can do the job. I don’t know Biden, in a strictly non-political, personal sense, he seems like a decent man to me. Personally, I find Biden’s childhood struggle with a stutter relatable and borderline inspiring. But that is not relevant. Biden’s character doesn’t make my life better. It doesn’t fix the problems we have as a nation. The idea that the politicians in general and the president, in particular, ought to be regarded as moral leaders is another aspect of the false consensus that a critical mass of voters wished to make a mockery of by electing a crude businessman to the highest office in the land.

Let this be a tempering of expectations if the polls are right and Trump does lose: Biden will not save America’s soul. He couldn’t even if he wanted to. America is a bitterly divided country in no small part because of the Obama-Biden administration. One would have thought that Democrats would have been more cautious about returning to the Obama years, considering that they ended by handing off the keys to the White House to the reality TV show host they so despise. Madness is the practice of doing the same thing over again and expecting different results, is it not?